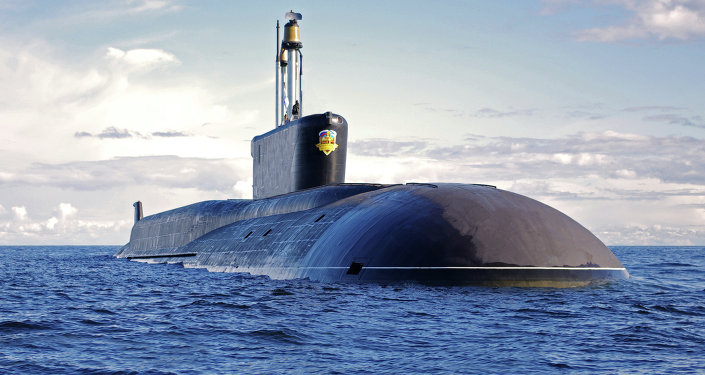 It is all over the media, courtesy of the Associated Press, that Russia “accidentally” aired “secret plans” for a new nuclear weapon on two Russian national TV channels. NTV and Channel One, two channels under tight State control in Russia, reportedly aired footage curiously shot over a general’s shoulder as he was meeting with Putin (reportedly one of four meetings Putin has held on defense just this week).

Pavel Felgenhauer, an independent military analyst, claimed, “The plan is to deliver a 100-megaton nuclear bomb to the U.S. shores. It would cause a highly radioactive tsunami.”

...it would be hard to imagine cameramen of state TV stations doing a close up on any documents on the table during a Kremlin meeting on military issues. Most saw the incident as a deliberate leak intended to warn Washington and its allies that Russia is working on a new devastating weapon that would tip the scales in case of conflict.

“I have a feeling it was shown in order to scare the world,” said Alexander Golts, an independent Moscow-based military analyst. “It’s an attempt to offer an asymmetrical answer to the U.S. missile defense.”

Voice of America, Uncle Sam’s propaganda arm, claims the Kremlin confirmed the “leak” and said it “hopes it will not happen again,” but then VOA says Russia fueled the fire by further airing an interview with a defense expert who went into further detail about the new weapon.

The timing cannot be ignored. Earlier this week, the U.S. Navy admitted to “testing” two Trident II missiles in a widely publicized launch off the coast of California that lit up the skies. The media here tried to laugh this escalation in saber rattling off with headlines like, “No, it wasn’t a UFO in the sky, it was just the Navy testing a nuclear missile ha ha,” but no one paying attention is buying it.

And it’s no mistake it occurred on the same day Drudge was running with a top headline about how China was making moves to dump the dollar, either.

In other news just coming out this afternoon, the U.S. has also reportedly flown two B-52 bombers near the same Chinese islands the U.S. sailed warships around a few weeks back, further inflaming China.

The United States flew two B-52 bombers over the weekend near man-made islands constructed by China in the South China Sea, a U.S. official tells The Hill, in a clear challenge to China’s territorial claims to the area.

The bombers made one pass within 12 nautical miles of the islands, the official said, in what the military refers to as a “freedom of navigation” operation.

During the operation, the Chinese military radioed the bombers, telling them to “get away from our islands.” The bombers did not comply, according to the U.S. official.

This could all be theater or deadly serious, but either way, the writing is on the wall. The bankers and the military-industrial complex running things want war. A big one.

And when the third World War is finally declared (as in, to the general public), maybe people will finally realize that, while Dancing with the Stars was on, we’ve also been witnessing the carefully orchestrated lead up for a long, long time now while most Americans have been barely paying attention. The entire U.S. economy is essentially based on war. After the collapse in 2008, the Rand Corporation even released a report about how America should declare a war to save the economy instead of bailing out the banks. War and threats of force are how America has forced the world to continue with the dollar as the reserve currency all this time.

Apparently the world is sick of it.