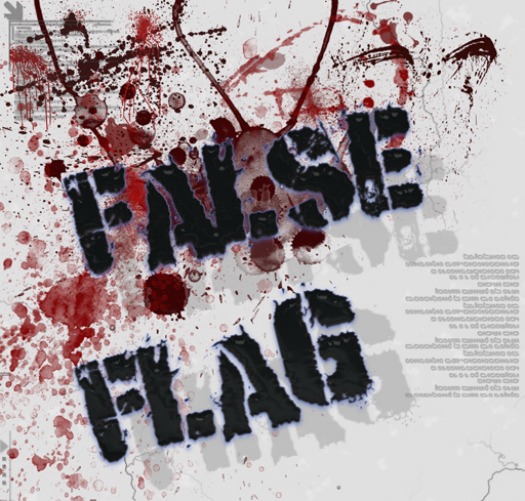 As France finds itself in the grips of martial law and its first mandatory curfew since it was occupied by the Nazis in 1944, there exists a number of questionable details surrounding the recent terrorist attacks in Paris.

Only hours after the first shots were fired, stories and reports are beginning to change and contradict one another. Considering the history of the French government, French Intelligence agencies and the Anglo-American/NATO Intelligence apparatus, particularly the recent events surrounding the Charlie Hebdo attacks that were exposed as false flags, one would be justified in wondering whether or not these recent attacks in Paris were of the same variety.

Below are a number of reasons to question the official story of the Paris terror attacks.

1.) How many gunmen? Already, the number of individuals involved in the Paris attacks is in question. While some reports suggested four shooters were involved, others suggested three. The majority of mainstream reports seem to be only acknowledging two shooters. So how many shooters were there? Two, three or four? One witness, Pierre Marie Bertin, a 36-year-old who was at the theater when the shooting began, stated that there were as many as four gunmen. Bertin described some male hostages who “went onto the balcony and tried to negotiate for the life of their wives with one of the guys [terrorists]. It was sickening.” Bertin recounted somewhat more detail than some other witnesses and was clear that there were as many as four gunmen. Australian news media is reporting that three gunmen have been killed.

This might seem inconsequential to many readers, but, in informed researching circles, it is well-known that the information that comes out shortly after the event is usually the most reliable. This is not to discount the existence of confusion related to panicked reports coming from eyewitnesses and the like. However, the information coming out early on has not yet been subjected to the top-down media revision that will inevitably take place as the story becomes molded to fit the narrative pushed by the individuals who either directed the attack at the higher levels or at least have connections with those who are able to control the manner in which various media outlets report the event. For instance, in times of false flag attacks, the initial reports may point to 5 gunmen. Very shortly after, reports may only mention two. Only a few hours after the attack, however, all references to more than one gunmen are removed entirely, with only the “lone gunman” story remaining. Any other mention of additional gunmen after this point is ridiculed as “conspiracy theory.”

2.) The types of weapons used – While some reports suggest that the attackers were using AK-47s, other reports are suggesting that shotguns were used. While the contradiction in reports can certainly be attributed to victims and witnesses simply not being aware of the type of weapons being used in the attacks and panic in the heat of the moment, there is none the less contradiction in the reports being issued. As of the time of the writing of this article there has been no clarification as to what type of weapons were used. Since the assailants were supposedly killed by police it should be clear what weapons they used.

3.) Were the gunmen killed or arrested? While the number of gunmen itself is in doubt, news reports coming from Fox and Sky are suggesting that a suspected gunmen was actually arrested. In fact, the suspect allegedly stated to police, “I am from ISIS” giving us all the information we need as for who is responsible for this attack.

4.) Gunmen connected to ISIS, gunmen connected to Syria – Along with the very convenient and immediate statement by an allegedly arrested suspect that he was from ISIS, we also have screams of a shooter that “This is for Syria!” This gives us all the information that we need regarding the motivation of the alleged attackers. They are from ISIS. They hate the French because the French are “attacking” ISIS and because somewhere in France in a very darkened corner, under the sofa, there are freedoms. ISIS hates freedoms. This is quite coincidental considering the fact that a Russian airliner was recently bombed, allegedly by ISIS – at least according to the West.

5.) The timing of the event – Aside from the obvious connotations derived from the attacks occurring on Friday the 13th, the Paris massacre has taken place shortly before a major climate summit that was set to take place in France. The French government was expecting massive protests they alleged could potentially become violent, by activists opposed to globalization and energy austerity. Interestingly enough, France had already planned to impose border controls starting on November 30th in anticipation of the U.N. Conference on Climate Change in Paris “because of the terrorist threat or risk of public disorder.” Needless to say, there will be no massive protest now considering the fact that 2015 France resembles the 1943 version of itself more than anything else.

6.) Security – Considering the fact that the security had been so heightened both on the heels of the Charlie Hebdo attacks and the anticipation of disorder for the U.N. Conference on Climate Change, how on earth did such a major terror attack slip through the hands of the DGSE? After all, France is nothing if not a police state. It is also giving the United States a run for its money in the contest for how much information it is able to nab up on its citizens. No doubt, we will be sold the line of “pre-civilized savages outsmarted first-world high end military surveillance states.”

7.) Drills – One hallmark of the false flag operation is the running of drills shortly before or during the actual attack. Many times, these drills will involve the actual sequence of events that takes place during the real life attack . These drills have been present on large scale false flags such as 9/11 as well as smaller scale attacks like the Aurora shooting.

For instance, as Webster Tarpley documents in his book 9/11 Synthetic Terror: Made In USA, at least 46 drills were underway in the months leading up to 9/11 and on the morning of the attack. These 46 drills were all directly related to the events which took place on 9/11 in some way or other. Likewise, the 7/7 bombings in London were running drills of exactly the same scenario that was occurring at exactly the same times and locations.

Although one reason may take precedence over the other depending on the nature and purpose of the operation drills are used by false flag operators for at least two reasons. One such purpose is the creation of intentional confusion if the drill is taking place during the actual attack. The other, more effective aspect, however, is using the drill as a cloak to plan the attack or even “go live” when it comes time to launch the event. Even more so, it gives the individuals who are involved in the planning of the event an element of cover, especially with the military/intelligence agency’s tight chain of command structure and need-to-know basis. If a loyal military officer or intelligence agent stumbles upon the planning of the attack, that individual can always be told that what he has witnessed is nothing more than the planning of a training exercise. This deniability continues all the way through to the actual “going live” of the drill. After the completion of the false flag attack, Coincidence Theory is used to explain away the tragic results.

All of this must be considered, when one reads reports suggesting that the UK conducted counter-terrorism drills earlier this year that included scenarios that involved terror attacks in Paris similar to those that took place on the Charlie Hebdo massacre. As the reports surrounding the UK drills were released, a number 10 spokesman confirmed “it had been agreed that future exercises, which take place on a regular basis, should seek to learn from events in France.” David Cameron himself stated that there was  a need for police “to call on military help if there was a major emergency.”

8.) Charlie Hebdo – The recent Paris attacks were similar to the Charlie Hebdo massacre that occurred earlier this year. The Charlie Hebdo attacks, however, were largely revealed as a false flag operation. Evidence for which can be seen in my article “15 Signs the Charlie Hebdo Attack Was a False Flag.” Thus, there exists a clear precedent for such attacks in France, albeit on a much larger scale.

9.) Who controls ISIS? For many, claims that the attackers belong to ISIS is a deal breaker. For these individuals, ISIS is a shadowy terrorist organization that supports itself and has created a caliphate in eastern Syria and western Iraq that can scarcely be defeated (except when the Russians bomb it). However, the facts do not support such a shallow understanding of the ISIS terrorist organization. ISIS was entirely created, funded and directed by the United States, Britain, France and other NATO countries. Its actions have been coordinated by the Anglo-American Intelligence apparatus for geopolitical purposes all across the world both at home and abroad. For this reason, the declaration that ISIS committed a terrorist attack in Paris is by no means a get-out-of-jail-free card for the western Intelligence apparatus. Instead, it is the trademark of their handiwork. Please see these articles for more information on the nature of ISIS: here, here, here and here.

While the information presented above may not be enough evidence to conclude that the Paris attacks were false flag attacks, it is reason enough to question the official story thus far. If these attacks are indeed placed in the lap of ISIS, however, all fingers should immediately point to NATO and the Atlanticist Intelligence apparatus. It is they who control ISIS and they who bear the responsibility for its actions.

Brandon Turbeville – article archive here – is an author out of Florence, South Carolina. He has a Bachelor’s Degree from Francis Marion University and is the author of six books, Codex Alimentarius — The End of Health Freedom, 7 Real Conspiracies, Five Sense Solutions andDispatches From a Dissident, volume 1 and volume 2, The Road to Damascus: The Anglo-American Assault on Syria, and The Difference it Makes: 36 Reasons Why Hillary Clinton Should Never Be President. Turbeville has published over 500 articles dealing on a wide variety of subjects including health, economics, government corruption, and civil liberties. Brandon Turbeville’s podcast Truth on The Tracks can be found every Monday night 9 pm EST atUCYTV. He is available for radio and TV interviews. Please contact activistpost (at) gmail.com.