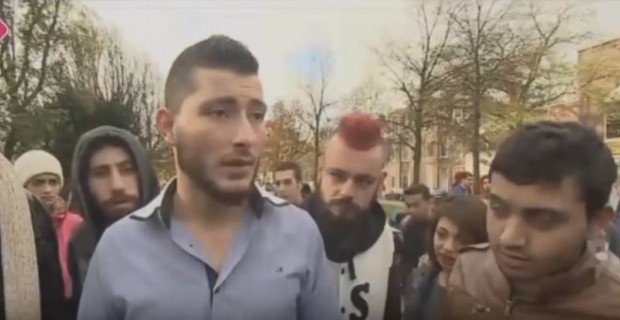 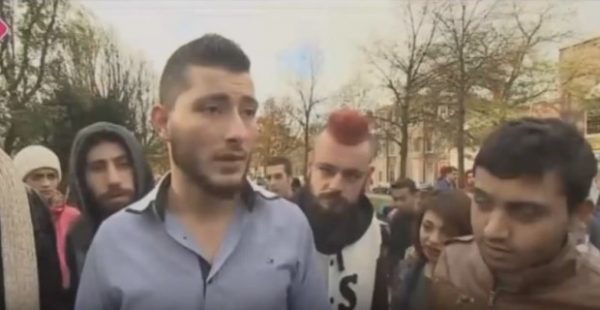 Migrants in the Netherlands, who previously complained about slow Internet and not being given enough money to buy cigarettes, are now sleeping on the streets in protest against not having televisions in all their rooms.

A group of around 30 ‘refugees’ slept on the streets of the Hague this week because they were “dissatisfied with the facilities in the emergency shelters,” according to a report by NOS.nl.

The migrants are being housed in the former Ministry of Social Affairs and Employment, but they are not happy with the lack of entertainment being provided by the government.

“This is not a life, if you enter a room without TV, with just a bed and even a fridge,” said one of the refugees.

A video of the migrants suggests most of them are Syrian refugees, who would presumably be grateful to escape war and ISIS persecution without feeling the need to complain about the lack of television.

The migrants also complained about the food being the same every day and their doors not having locks, as well as the rooms being too small and not including private kitchens.

As we previously highlighted, asylum seekers in the Netherlands were also filmed complaining about slow wi-fi connections while whining about being “bored,” having to eat average food and authorities not handing them enough money to buy cigarettes.

While such facilities are apparently not up to standard for many of the migrants, the Netherlands is footing an €870 million a year bill to accommodate them, meaning each asylum seeker costs around €36,000, despite the country currently suffering from a housing shortage.

Meanwhile, in Germany, where the government is considering a law which would give police the power to enter someone’s private home in order to check its “suitability” for migrants, a “Refugees Welcome” organization based in Bonn posted a message commenting on a party that was held for the migrants last week.

During the celebration, female members of the “Refugees Welcome” group were sexually molested by the refugees.

“(During) the party we observed that some men molested, touched and harassed women,” states the post. “During the party we tried to identify the offenders and make the leave the venue; also we made announcements where we asked to stop this behavior immediately.”