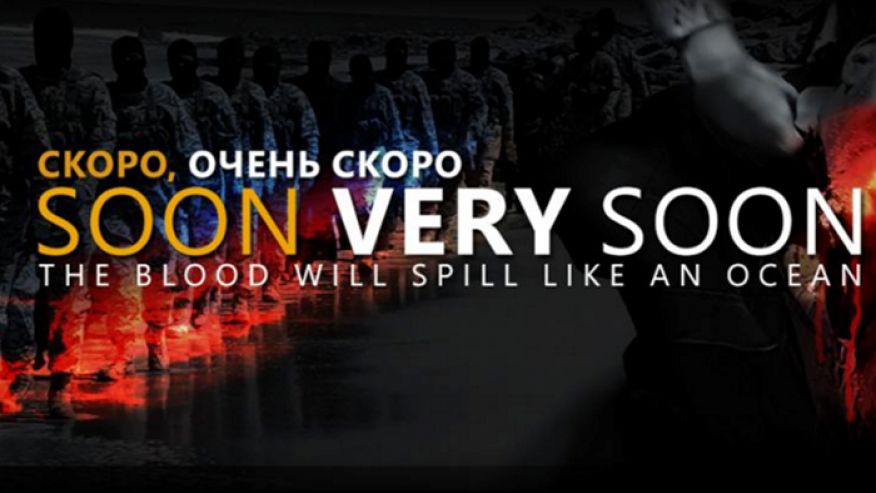 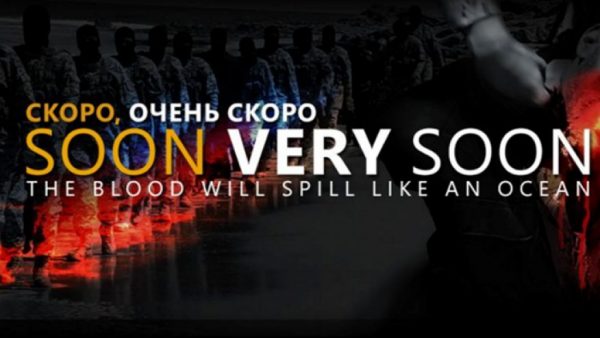 We have had the foolish idea that the Muslims in the Middle East would never be able to take the world. They were backward and uneducated in comparison to the West. The idea that camel herders would push against Western backed nations was laughable. But now, four years after the civil war in Syria and the rise of ISIS, few are laughing anymore.

Recently, Russia has joined the fight in Syria. This has drawn criticism from NATO leaders, and especially the U.S. They have claimed that the Russians were attacking U.S. allies fighting the Syrian dictator Assad rather than ISIS as they had claimed. But now, this seems less likely to be true.

The latest video from ISIS combines the terrorist group’s trademark barbarity with an ambitious pledge: a vow that it is coming after the Kremlin.

“We will take through battle the lands of yours we wish,” a voice says in Russian, as English subtitles float over scenes of slaughter and a map of the world. “Hellfire awaits you. Europe is shaking, Russia is dying.”

Vowing that the “Kremlin will be ours” and promising attacks on Europe, the 5-minute video’s producers pledge to “make blood spill like an ocean.”

Is seems apparent that the Islamic State is unhappy with the recent airstrikes executed by Russia. Though the U.S. has claimed that they were not attacks against the Islamic State, it seems that something that the Russians have done has caught the eye of the terrorists.

“The video is a clear threat to Russia, and to a certain extent to other Western countries,” said Veryan Khan, editorial director for the U.S.-based Terrorism Research & Analysis Consortium. “The Islamic State claims they will reach the Kremlin and bring it down.”

The video is noteworthy; analysts say, because it was released just after an Islamic State affiliate took credit for the Russian airliner plane crash in the Sinai Peninsula, and in the same week there was a reported attack on the Russian Embassy in Serbia.

This means that the Russian people will join their Western neighbors in dealing with random attacks. There are many reasons to believe that the Russian threat is a real one. The bringing down of a passenger-liner is not as easy as it sounds. And, like most nations, the Russians have a large population of Muslims.

Ryan Mauro, national security analyst and adjunct professor of homeland security for the Clarion Project, agreed that the propaganda video was put together as a response to Russian intervention in Syria. Russia should expect the terror group to follow through, he said.

“ISIS is making it very clear that it will attack Russia, specifically Moscow, and a failure to do so will be a big blow to their prestige,” Mauro said. “We should assume they’ll succeed because bombing a Russian airliner over Egypt is more difficult than attacking a random target inside Russia because ISIS only needs a small group of supporters among the 15 percent of the Russian population that is Muslim.”

Russia might now have evidence that they have inflicted damage on ISIS, but at what cost? They now find themselves in the boat with the rest of us. The difference is, the Russians will have no qualms with playing things dirty.