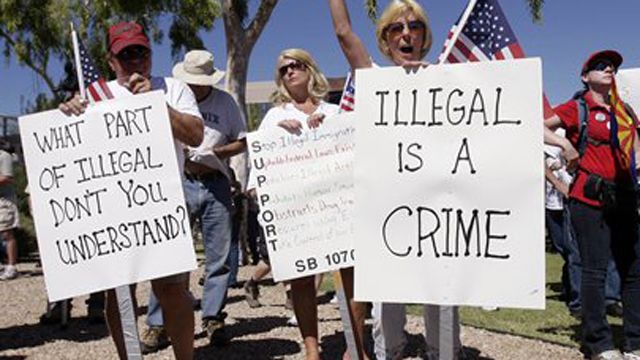 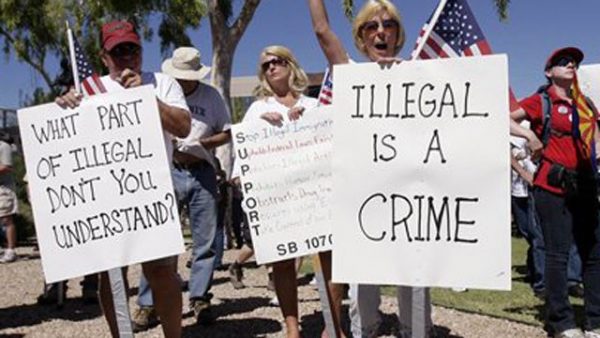 Trump is a blowhard. Let’s just admit it. He’s a loud mouth. But that doesn’t mean one can’t still be a Trump supporter. Frankly, if he’s right on the issues, who cares if he’s a blowhard.

Well, he’s not right on all issues. So why is he still so popular? Why does he remain at the top of the heap, despite bashing everyone but his mother? It’s uncivilized, they say. Yet none of that appears to matter, due to two little words: Illegal Immigration. That’s it.

Although I’m not a Trumpster, I was glad someone finally brought up president Eisenhower and “Operation Wetback,” during the last debate. We “republicans” are supposed to be up on the issues, but I’ll wager 90% in the audience or viewing on TV didn’t know about Eisenhower’s very successful deportation program.

Well, Bill O’Reilly, on behalf of his “folks,” did not take too kindly to Trump invoking the name of Ike. Business Insider writes that the “Eisenhower program has a dark history – including its name, ‘Operation Wetback,’ a derogatory slur.” Of course, they neglect to mention that, in 1950’s parlance, the term “wetback” was more factual than merely derogatory. They also did not care a wit about politically correct speech.

And, according to CNN, “the 1950s-era transfer process resulted in a number of Mexican migrants dying along the way.” They are attempting to make us believe this deportation was the Mexican Trail-of-Tears?

During Tuesday’s Fox Business Network Debate, Trump declared that the Eisenhower program “moved a million and a half illegal immigrants out of this country.”

“That was brutal what they did to those people to kick them back to [Mexico]. The stuff they did was really brutal. It could never happen today,” O’Reilly said to Trump. Bill added that, even if you wanted to, you couldn’t –that “the federal courts would stop you. And they would say each person that President Trump wants to deport has to have due process. So in the year 2050, you would finally get around to it.”

“Doesn’t matter. The Supreme Court would absolutely rule they all have to have due process because they’re on American soil. You know that,” O’Reilly said.

Okay, first, let’s get to the truth about the actual history of deportation in America.

Four American presidents conducted deportations in our history – Herbert Hoover, Franklin Roosevelt, Harry Truman, and Dwight Eisenhower. Yes, one of the left’s holy men, FDR, continued Hoover’s deportation program for a period. Why that would be shocking is beyond me, considering his treatment of the Japanese, Germans, and Italians during World War II.

Beginning in 1931, under the auspices of trying to preserve jobs for American citizens during the Depression, the government began a series of “repatriation” programs. They called it repatriation because it was being done at the local level and by local authorities, and it was determined that only the feds could “deport.” Both the Hoover and Roosevelt administrations were perfectly content to let the local authorities do the heavy lifting of deportation.

What does that mean? Well, it means that, to a progressive, the law is relevant only to their desired position. Hoover and Roosevelt’s position was that, due to their bad policies, there weren’t nearly enough jobs for Americans, so to heck with what the law concerning immigration and deportation was – if it were easier to allow local authorities to round up the Mexicans, well, that was good enough. It didn’t matter what the “law” actually said. Hoover’s goal was to have local authorities “repatriate” 500,000 foreigners.

Harry Truman was much more successful. In 1950, he wrote: “These people are coming to our country in phenomenal numbers – and at an increasing rate. Everyone suffers from the presence of these illegal immigrants in the community.” His reasoning was a lack of post-war jobs.

Under Truman, approximately 3.3 million Illegals were deported. Yet, looking closer at the numbers, you’ll find that only about 130,000 were removed by the government, and the other 3.2 million self-deported. Yes, when the illegals figured out old Harry “The Buck Stops Here” Truman was serious, they packed up and left on their own. His “deportation force” only had to deport about 4% of all who left. See how this works?

And it worked again under Eisenhower.

When people understand that a president is serious about deportation, the Illegals, as they’ve always done in the past, will once again respond in kind.

And as far as the “court battles,” a President Trump will just declare that deportations are a matter of national security and trump the courts. Pardon the pun.