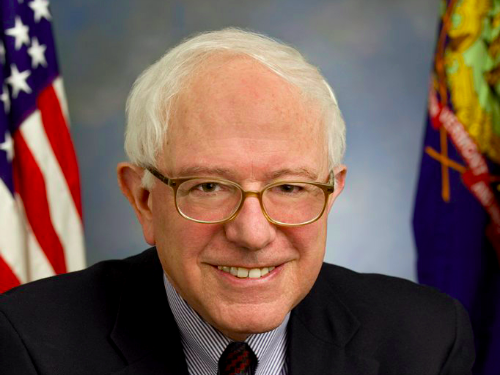 Ah, the Internet. A place where nothing is ever truly memory holed…

Democratic presidential “hopeful” Bernie Sanders Tweeted this regarding the taking in of Syrian refugees after the Paris attacks this weekend, then quickly deleted it.

Yep he tweeted this and deleted it.pic.twitter.com/PefmthgtBl

“We must not shy away from taking syrian refugees in wake of the paris attacks. it is senseless to blame an entire nation for such a small incident.”

So a terror attack hits Paris and Sanders’ first concern is… what exactly?

Can you really imagine this guy as president?

Not that he stands even half a chance of becoming president. And he obviously knows it. Sanders already handed the nomination off to Hillary when he gave her a total pass on her email scandal in the first Democratic debate.

Regardless, there are a lot of people in France and around the world who don’t believe this “incident” is that “small” at the moment… Would’ve been interesting had Sanders been president to watch his official response after the news in France broke live. Can’t delete real life like you can delete Tweets, Bernie… (and obviously, you can’t even delete Tweets).