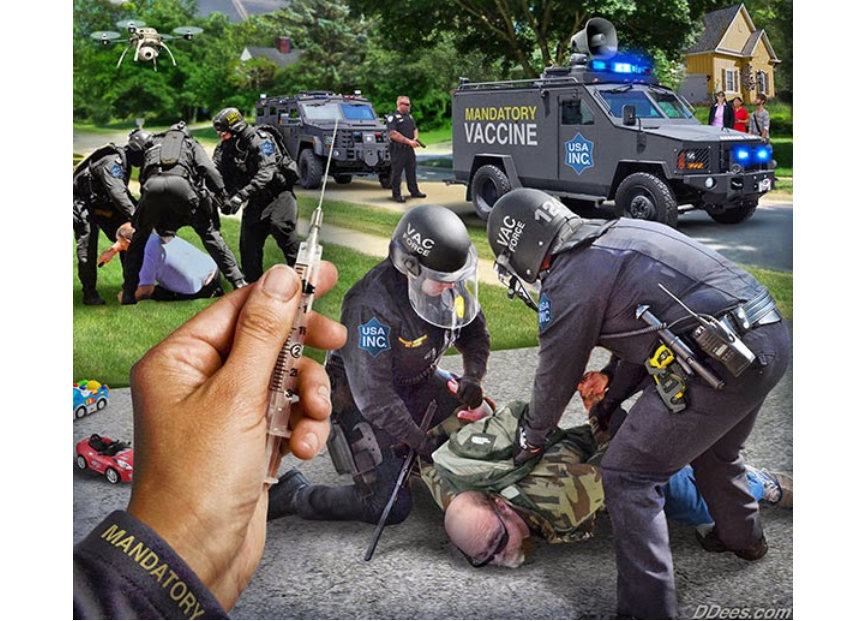 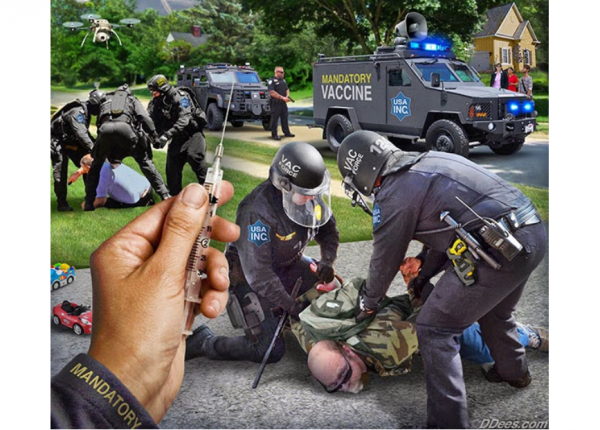 Fundamentally, biological warfare is sneaky. It involves a microbial sucker punch to its intended target, often accomplished in a manner in which the aggressor can claim clean hands, while his victim may suffer or die.

Biological warfare can take a number of forms. The question—how can you get a bacteriological or toxic agent on board without the target being alerted– has been asked and answered. In addition to using humans and animals as vectors, biological warfare agents can be airborne, waterborne, foodborne or put into pharmaceuticals.

Substantial concerns have been voiced concerning the potential for inserting bioweapons into vaccines. Indeed, given the history of known contaminated vaccines, this is hardly a matter of speculation. Polio vaccines have been found to contain cancer. A Merck rotavirus vaccine was found to be contaminated with a pig virus. Another Merck product, the Hepatitis B vaccine, was reported to have been laced with the AIDS virus. In addition, a tetanus vaccine distributed in the Third World was found to contain human chorionic gonadotrophin, an anti-fertility agent known to produce spontaneous abortions.

The correlation between the rise in vaccinations of children and autism has become an urban legend.

A Bill has just passed the US Senate, mandating that the US Department of Veteran Affairs ensure that all veterans receive immunizations (vaccines) per a draconian schedule. At this juncture, active military must receive over a dozen vaccines. This piece of legislation is therefore an effort to extend the vaccine mandate to those who have previously served their country.

Sec. 101 of Senate Bill 1203, named the 21st Century Veterans Benefits Delivery Act, states that the Department of Veterans Affairs will be tasked with the mandate to “ensure that veterans receiving medical services under chapter 17 of title 38, United States Code, receive each immunization on the recommended adult immunization schedule at the time such immunization is indicated on that schedule.”

The schedule referred to above is frankly staggering. Over ninety vaccines are listed.

The issues here are legion. First of all, an entire group of individuals, those who at one time were in military service, will lose their inherent right to opt out of receiving what is considered prophylactic treatment. According to Anita Stewart, who served in the Air Force and now hosts Wise Women Media radio show, “This could include experimental vaccines or vaccines that have not been tested.”

It is believed that those who refuse will, under this Bill, lose their medical benefits.

Second, there is the issue of the sheer numbers of allegedly preventative immunizations required on this schedule. As anyone who has come down with a case of the flu due to taking a flu shot might realize, the numbers of immunizations on the required schedule could be enough to sicken anyone.

And herein lurks the question of vaccine safety. Flu vaccines have been known to cause Guillain-Barre syndrome, which is a neurological disorder wherein a person’s own immune system attacks the nerve cells and can cause paralysis. Gulf War Syndrome, which may manifest with such symptoms as rash, severe fatigue, muscle and joint pain, headache, irritability, depression, gastrointestinal and respiratory disorders and neurological cognitive defects, is thought by some researchers to have been caused by “vaccine overload.” According to Dr. Mae-Wan Ho and Professor Malcolm Hooper, US Gulf war soldiers received “at least 17 different vaccines, including live vaccines (polio and yellow fever as well as experimental vaccines that had not been approved (anthrax, botulinum toxoid) and were of doubtful efficacy.”

Other researchers have attributed Gulf War Syndrome specifically to the anthrax vaccine given the troops.

In addition, a certain cluster of vaccines have been linked to type one diabetes. The H1N1 vaccine has been linked to miscarriages and stillbirths. According to this report, the H1N1 shot resulted in sixty times the rate of miscarriage associated with the seasonal flu vaccine.

H1N1 was also found to be linked to a spike in narcolepsy in children. According to this study, there was a four hundred percent increase in the incidence of narcolepsy in those under 20 years of age who received the swine flu vaccine.

It would literally be possible to go on for pages here. The pattern is clear. Vaccine safety is a realistic concern.

In light of the considerable scientific evidence that vaccines cause illness, one must ask what this piece of legislation hopes to attain. Writes Anita Stewart, “Forced mandates are nothing more than medical tyranny….Vaccines in most cases do not cure or protect us, but could make some of us sicker and definitely create a huge and continuing revenue stream for Big Pharma.”

There are no studies concerning the effects of these numbers of vaccines on adults. Equally, there are no studies concerning the “polypharmacy” effects of combining these vaccines. Given the increasing scrutiny of civil rights abuses in the US, coupled with escalating concerns about what appears to be covert US biological weapons activity in a number of different venues, one might expect that Senate Bill 1203 will result in an upsurge of protest.

Veterans have already served their country. To re-enlist them as lab rats diminishes both the concepts of freedom and democracy and also those who have served to protect these ideals.

Senate Bill 1203 was authored by US Senator Dean Heller, Republican from Nevada. It passed the US Senate on November 10, 2015 and now goes to the House of Representatives for consideration.

Janet C. Phelan, investigative journalist and human rights defender that has traveled pretty extensively over the Asian region, an author of a tell-all book EXILE, exclusively for the online magazine “New Eastern Outlook”.