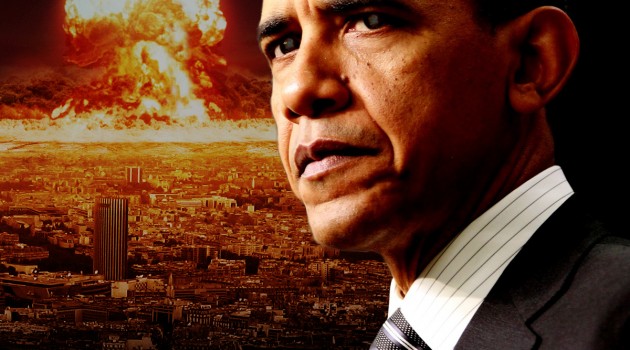 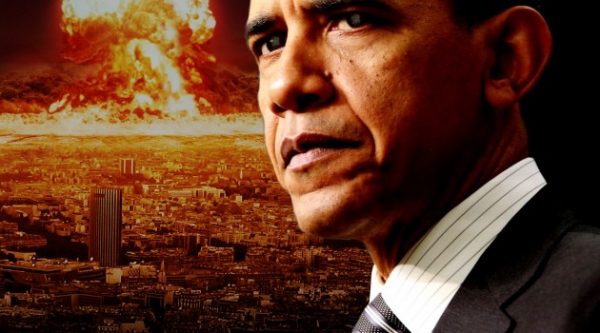 In a clear display of his disdain for the office of the President and the united States as a whole, Barack Hussein Obama, in detailing his lack of strategy for dealing with the Islamic State, said that he was not interested in “pursuing some notion of American leadership or America winning.”

His remarks come just days after the Muslim jihadi attacks on Paris, France that left over one hundred people dead and hundreds more injured at the hands of what the Islamic State has taken responsibility for.

Obama has sent thousands of US forces to advise and train Iraqi troops, something that obviously didn’t work after years of that being conducted in Iraq by US troops and clearly demonstrated in the fall of Ramadi to Islamic State forces, which led to the Islamic State acquiring weapons, military vehicles and tanks as those Iraqis who were trained fled the scene as cowards. Each of these troops have been sent to Iraq without any Congressional authority being given to do so, something that is demanded by the Constitution. The President doesn’t have the authority under our Constitution to willy nilly move troops around and put them in situations like that, but a spineless Congress continues to allow.

He also claimed that he would not send troops to fight on the front lines.

“It is not just my view but the view of my closest military and civilian advisers that that would be a mistake,” Obama said. “Not because our military could not march into Mosul or Raqqa or Ramadi and temporarily clear out ISIL, but because we would see a repetition of what we’ve seen before, which is if you do not have local populations that are committing to inclusive governance and who are pushing back against ideological extremes, that they resurface, unless we’re prepared to have a permanent occupation of these countries.”

Notice he did not say, “It’s because our Constitution doesn’t allow me such authority.”

He added, “If there’s a good idea out there, then we’re going to do it. I don’t think I’ve shown a hesitation to act.”

There have been plenty of good ideas, namely keeping his nose out of other people’s business, but that hasn’t stopped him in Syria, Afghanistan, Yemen or other places throughout the world. And don’t tell me that isn’t a good idea. It was one espoused by a general a long time ago, our country’s founding father George Washington.

“If folks want to pop off and have opinions about what they think they would do, present a specific plan,” Obama said. “If they think somehow that their advisers are better than my joint chiefs of staff or my generals on the ground, I want to meet them. And we can have that debate.”

Well, I just did Mr. Obama, but as you so aptly reminded us before you usurped the office of President fraudulently, you are the commander-in-chief. As such, it is not up to everyone else, but you. You are the one that must decide.

I say that because Obama was one that one day before the Paris attacks told America that the Islamic State was not getting stronger and that they were contained. Contained? Where? In Germany? In France? In England? In Syria? In the united States? Where? Clearly, they are not contained.

“What I’m not interested in doing is posing or pursuing some notion of American leadership or America winning or whatever other slogans they come up with that has no relationship to what is actually going to work to protect the American people and to protect the people in the region who are getting killed and to protect our allies and people like France,” Obama said, adding, “I’m too busy for that.”

Too busy for that? Doesn’t have any relationship to what is actually going to work to protect the American people? But Obama will be seeking out gun control? The emperor has no clothes, but he has a set of golf clubs.

Honestly, the thing to remember in all of what is taking place here is the Obama’s agenda has not changed. He may appear incompetent, but he only appears that way to those who just don’t want to see him for the Marxist, Cloward-Piven driven, Communist mentored traitor that he is.