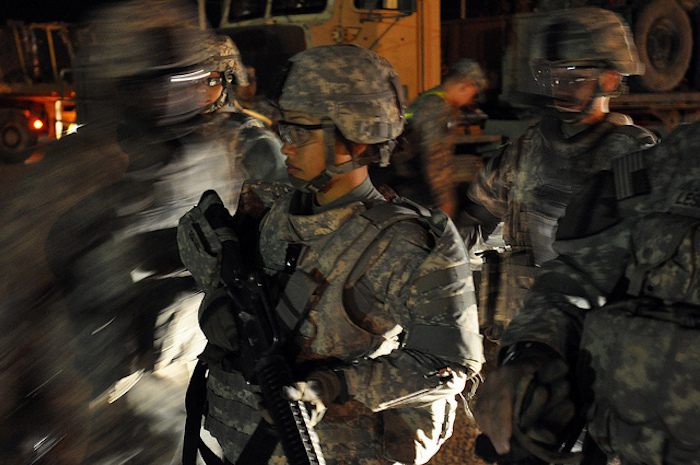 NASHVILLE, Tenn. (INTELLIHUB) — Glen Casada, the Tennessee state House GOP Caucus Chairman, told the press Tuesday that he doesn’t care what bureaucrats in Washington think and that all Syrian refugees already inside the United States should be rounded up and sent back to Immigration and Customs Enforcement.

This comes at a time when more than half of all U.S. State Governors have agreed to stop taking in Syrian refugees after witnessing the grim results of Friday’s attacks in Paris which left 129 dead.

“We need to activate the Tennessee National Guard and stop them from coming in to the state by whatever means we can. […] Tennessee is a sovereign state. If the federal government is forsaking the obligation to protect our citizens, we need to act.”

And while Casada’s approach may not seem politically correct to some–it’s been done before to some extent but may not be Constitutional according to some experts.

During the Second World War Japanese Americans were in fact rounded up and taken to intermennt camps. Although they were not fully deported measures were taken to assure the safety of the civilian population.