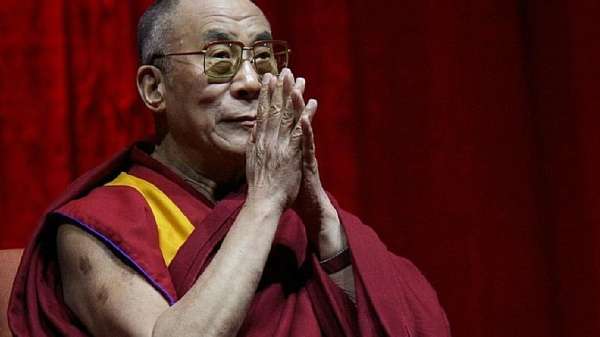 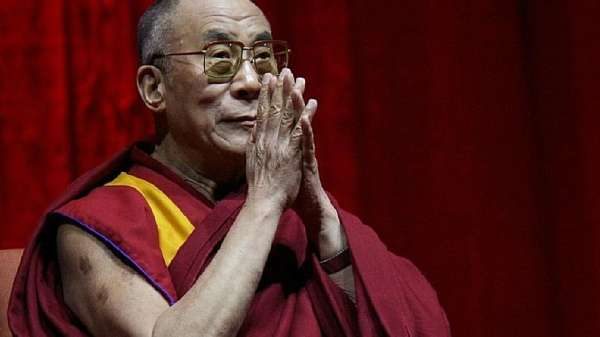 In the Western world, the Dalai Lama is best known for promoting consciousness, self-evolution, and inner peace. Though he is an outspoken activist for freedom in his native country, Tibet, he rarely speaks on global political affairs. In the wake of the Paris terrorist attacks, however, the Buddhist leader shared an astute and vital perspective on the state of the world—one reached through spiritual beliefs rooted in peace and humanity.

Asked about Friday’s terrorist attacks during an interview with German broadcaster Deutsche Welle, the Dalai Lama downplayed the power of pleading with deities. “We cannot solve this problem only through prayers,” he said, possibly referencing worldwide calls to #PrayForParis. “I am a Buddhist and I believe in praying. But humans have created this problem, and now we are asking God to solve it. It is illogical. God would say, solve it yourself because you created it in the first place.”

Noting that people want to live peaceful lives, he dismissed Friday’s terrorist attacks as “short-sighted,” suggesting this mentality contributes to many suicide bombings. Though the Dalai Lama did not further analyze the causes of last week’s attacks, he acknowledged the problem of chronic aggression around the world.

“The twentieth century was a violent one, and more than 200 million people died due to wars and other conflicts. We now see a spillover of the previous century’s bloodshed in this century,” he said. One estimate suggests his figures are low and that governments killed over 250 million of their own people alone last century.

When the interviewer suggested his sentiments of peace, love, and compassion have fallen on deaf ears around the world, the Dalai Lama declined to entertain a pessimistic view. “I disagree. I think that only a small percentage of people subscribe to the violent discourse,” he said. “We are human beings and there is no basis or justification for killing others. If you consider others as brothers and sisters and respect their rights, then there is no room for violence.”

Rather than dwell on the small minority of violent instigators, the Dalai Lama focused on solutions. “If we emphasize more on nonviolence and harmony, we can herald a new beginning,” he said. He also cautioned against failing to work toward this ideal: “Unless we make serious attempts to achieve peace, we will continue to see a replay of the mayhem humanity experienced in the 20th century.”

The Tibetan native was forced to flee his homeland amid a 1959 uprising against the Chinese government, which invaded the region in 1950. He still lives in exile in India but has long been an advocate for peaceful resolution of the conflict—even as Chinese authorities have attempted to replace him with a “communist-approved alternative.” Discussing the Tibet-China conflict, he maintained his view that “we are living in the 21st century and all conflicts must be resolved through dialogue, not by force.”

Living by his own words, he expressed that if Tibetans decide they no longer want his leadership, he will step aside. “In 2011, I officially announced that it was up to the Tibetans if they wanted to keep the institution of the Dalai Lama,” he said. “If the people think that this institution is no longer relevant, it should be abolished. I am no more involved in political matters. I am only concerned about Tibet’s well-being.”

In spite of his distance from politics, he continued to emphasize the importance of peace to the survival of humanity:

“We need a systematic approach to foster humanistic values, of oneness and harmony. If we start doing it now, there is hope that this century will be different from the previous one. It is in everybody’s interest. So let us work for peace within our families and society, and not expect help from God, Buddha or the governments.”

He also echoed an inclusive sentiment the world undoubtedly needs to hear, saying “the problems that we are facing today are the result of superficial differences over religious faiths and nationalities. We are one people.”