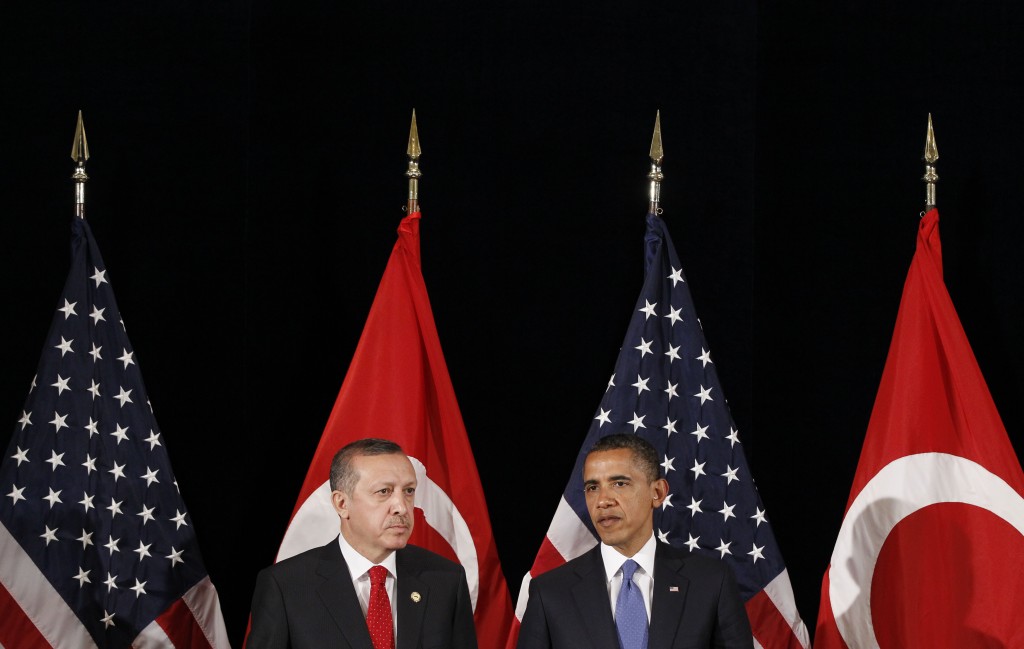 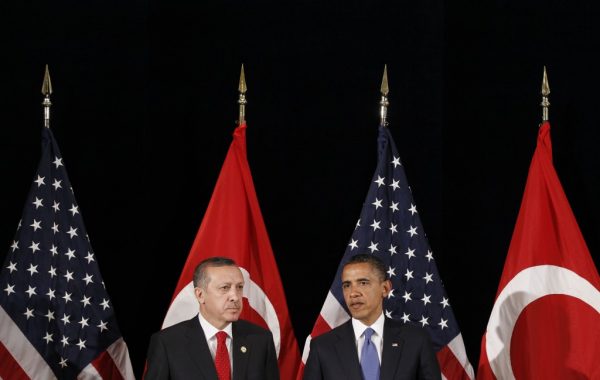 With Russia annihilating terrorist vermin all across Syria from the air and the SAA personally mopping up the remainders in village after village, it appears the West has shifted from utter panic to an attempt to launch a Hail Mary and save its jihadist pets as well as the plan to overthrow the secular government of Bashar al-Assad.

This Hail Mary appears to be coming in the form of an attempt to secure the “Safe Zone” area discussed and agreed upon by the Turks and the United States in the past under the guise of fighting ISIS and protecting “moderate rebels” and civilians. In reality, however, the “Safe Zone” is nothing but a trafficking corridor for ISIS and other related terrorist organizations supported by NATO, financed by the GCC, and funneled through Turkey into Syria.

It is for this reason that the U.S. and Turkey have announced an agreement to “shut off Turkey’s border with Syria as part of a joint military operation.” In an interview with CNN, U.S. Secretary of State and Skull and Bones member John Kerry stated, “The entire border of northern Syria – 75 percent of it has now been shut off. And we are entering an operation with the Turks to shut off the other remaining 98 kilometers.”

Kerry did not elaborate as to what form the operation would take or when it would take place. He also neglected to mention whether or not U.S. troops would be deployed in order to take part in the operation.

Turkish officials have hinted at the possibility of some type of imminent military operation occurring, with Foreign Minister Feridun Sinirlioglu stating that a “new military operation against Daesh” may take place “in a matter of days.” Deputy Minister Numan Kurtulmus, however, stated that no ground operation was planned.

Of course, the dimensions of the territory in the crosshairs of this “joint military operation” between Turkey and the United States are immensely important.

The Kurds have seized and now maintain control of an area that spans the Turkey-Syria border from its western to eastern extremities all except for one small pocket in the middle – from Jarablus in the East to Dabiq in the West. Others have described the zone in slightly different dimensions as being from Jarablus in the East to Afrin in the East. Regardless, this corridor, also known as a “safe zone,” is about the exact dimensions of the ISIS supply lines coming in from Turkey to Syria and, if either the Syrian military or the Kurds were able to capture this small section of land on the border, ISIS supply lines would be entirely cut from the North. With Assad’s forces tightening their grip in the South and Southwestern portions of the country and the SAA/Hezbollah forces cracking down on any ISIS movements on the Syria-Lebanon border, and most notably the Russian bombing campaign aiding the Syrian military in retaking full control of Aleppo and other parts of northern Syria, ISIS would essentially be cut off from most avenues of outside assistance.

It is thus important to note that the Syrian military had nearly reached the Euphrates river when the terror attacks in Paris took place.

It is for this reason – the threat the Kurds pose to ISIS – that Turkey has engaged in such a heavy bombing campaign against the Kurds, alongside an alleged campaign against ISIS, the latter campaign being one that is questionable to say the least. Remember, the American airstrikesagainst ISIS have largely targeted Syrian infrastructure and civilian areas. In those areas where ISIS has been struck, it has been nothing more than an exercise in death squad herding.

The “ISIL-Free Zone” should be renamed the “ISIL Free Range Zone” since it is nothing more than a hedge of protection set up over the terrorists with the United States and Turkey once again acting as the ISIS Air Force. This zone, now under the protection of NATO forces will then be used as aForward Operating Base for terrorism deeper inside the country as Turkey unilaterally bombs the Kurds away from territory they currently hold.

Earlier this month, the Kurds launched an assault on that corridor, threatening to close the last supply route for ISIS that exists in the north. Indeed, not only one of the last, it is the main lifeline for the terrorist organization supported by the West.

On November 7, Webster Tarpley and the Tax Wall Street party wrote in their Daily Briefing that “Resistance to this urgently needed policy will inevitably come from Erdogan of Turkey.” Tarpley and the TWSP cited a report by Aaron Stein of War on the Rocks, which stated,

Turkey has made one thing very clear: It will not tolerate a YPG presence west of the Euphrates,and will therefore not accept a Kurdish-led offensive on the ISIS-held city of Jarablus, or any YPG-led effort to unite its territory with the Kurdish-controlled enclave in Efrin in northwestern Syria. In the days before the election, the Turkish military fired upon YPG forces trying to cross the Euphrates, ostensibly to shore up their front line with the Islamic State.

Turkey has long feared the creation of a Kurdistan in Northern Syria, particularly because the creation of such an entity would not only inflame the tensions between the Turkish Kurds and the Turkish government but would essentially carve out a good portion of Turkish territory. With the establishment of a Kurdistan virtually anywhere in the region but especially on the Turkish border or in Turkey itself, Erdogan’s foolish dreams of being the new Ottoman emperor will fade away.

For that reason, the Turks are in no way going to assist in the sealing of Turkey’s border with Syria by the Kurds. Considering the reports coming from media outlets friendly to the Turkish government and the propaganda being spouted by Erdogan’s stooges in the Turkish ruling party, it is the Kurds who are considered the great enemy of Turkish “civilization” (meaning Erdogan’s delusions of grandeur) and not ISIS.

With the growing awareness of the importance of the Jarablus corridor amongst researchers, observers, and the interested national parties, the recent Turkish/U.S. joint military operation agreement stands as a last ditch effort to solidify the ISIS/NATO presence in Syria. By engaging troops and military hardware over the “safe zone” of the Jarablus corridor, NATO will be able to ensure that ISIS supplies and soldiers continue to pour into Syria unabated. By placing NATO interests in the midst of the corridor and declaring the zone a “safe zone” the hope is that the Russians will see the zone as off limits.

At that point, the real question becomes just how long the Russians and the SAA can avoid their own attacks on the Jarablus corridor before they realize that the inability to do so is merely prolonging the war and is ultimately a losing strategy. Once that realization is made, the question will become whether or not the Russians and the SAA will attack the zone despite the NATO presence.

The answer to that question is one that is deeply important to us all.