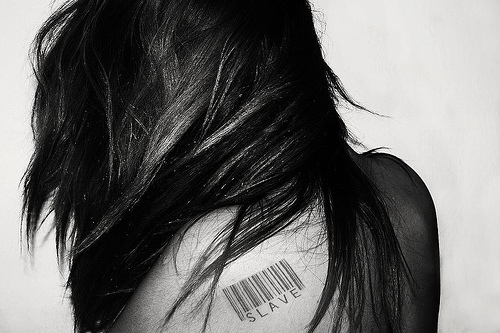 We know that Islam and the Islamic State have perpetrated sex trafficking and sex slavery according to the teachings of the Quran. However, there are those in the united States who are engaging in the same despicable acts in the State of Georgia, according to a 14-year-old who escaped from a Moultrie based operation.

Investigators said 15 women and young girls were moved around nine states, from place to place, and forced to have sex 30 or more times a day.

Experts admit human sex trafficking is an epidemic, with Atlanta as a major hub in the nation for most of it.

The youngest sex slave freed from the Moultrie based operation was 14 years old.

“These ladies were expected to have sexual intercourse with these Johns sometimes 30 times a day, sometimes up to 70 customers in a weekend,” explained former U.S. Attorney Michael Moore.

The young female victim, along with the 14 additional women and teens, couldn’t speak English, and came to the U.S. hoping for a better life.

Instead, they were forced to pay for smuggling fees with their bodies.

“They’ve got no money, no family, no contacts, no place to live, no way to support themselves, and they are just forced into this life,” said former U.S. Attorney Michael Moore.

Frances Hakes, a leading authority on sex trafficking worldwide said, “The Atlanta airport is full of women and girls being trafficked back and forth from other countries.”

If Hakes knows this, then why are Atlanta Police not dealing with the problem? Is it because they are corrupt?

In an interview with WALB, Hakes said, “People who have easy access to horrific videos of children being raped and sexually abused, and watching those movies and looking at those images and getting sexual gratification, and then it becomes not enough. They want to act on it. They want access to a real child.”

“Atlanta is the highest price for pimps in the country, according to a recent study by the Urban Institute, so it is very profitable,” Hakes added.

“You can sell a child or a woman’s body over and over and over again sometimes dozens of times in a day,” she said. “Children can bring in as much as $1,000 a day.”

On Metropolitan Parkway, young girls are dressed up to appear older and pimped out for sex 24 hours per day, seven days per week. In fact, a 21-year-old woman, who didn’t want to be identified, told WALB that she had been selling her body for money since she was a teenager.

How can this be going on in the land of the free and home of the brave? It’s because it is not long either of those because the people of America have abandoned the God who established them hundreds of years ago.

To see this kind of depravity being played out before our eyes and point our finger at Islamists who do the same thing is hypocrisy! We must repent before a just and holy God!

Ms. Hakes reminds us, “When you expand the scope of the [human sex trafficking problem] out to child sexual abuse more broadly or child pornography more broadly, the bad guys are winning. Federal agencies are over matched. They do not have the staff, the personnel, there simply aren’t enough resources to tackle the problem.”

It’s government policy that aids and abets the criminals in these cases, including those policies of the Obama administration. And now, we are even seeing media outlets attempting to normalize and desensitize the American people to pedophilia.

Many have suggested, even someone that told me that she personally fed information to Georgia Senator Nancy Schaefer, that the senator was murdered for the information regarding child trafficking, which she was about to reveal.

Schaefer was murdered alongside her husband in what officials say was a murder suicide, but the oddities surrounding their deaths tell a different tale. However, Schaefer was set to blow the lid on child trafficking that was taking place in Georgia.

If you are one engaging in pornography of any kind, I suggest that you read Matt Barber’s article on how it will destroy you and also consider how it will destroy others. Then I suggest you repent and turn from such practices and live lawfully before God who sees all things and to whom you will one day give an account.

Until then, I call on local agencies in Georgia to make this a top priority. Stop putting your policemen and investigators out on things like people speeding and all sorts of other things and deal with the criminal underbelly of your city. It’s your women and children’s lives that are at stake!

WTOC’s Facebook page provided this map that was provided by the National Human Trafficking Resource Center. It is based on 2013 stats of potential trafficking areas. Don’t just notify law enforcement if you see this going on, get involved! Make it public knowledge and if need be, shame your representatives into action over this issue.