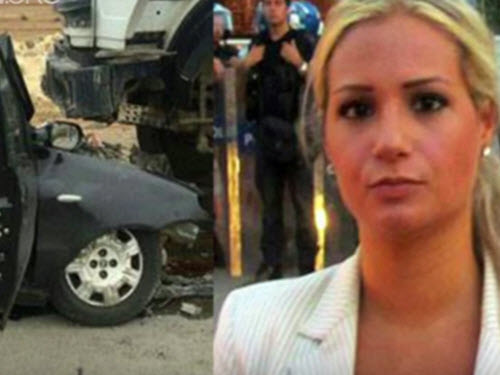 Wow. If this was an ISIS propaganda video, the American government would be exploiting it to the hilt in every mainstream media outlet across the country… but when a Western ally kills an American journalist for uncovering ties between that ally and ISIS… crickets.

Luke Rudkowski of We Are Change reminds us it has been a year and we still don’t know what happened to journalist for Press TV Serena Shim, apparently murdered for exposing the Turkish government’s assistance of ISIS. The US government, hilariously, has stood silent and done nothing, actually pretending it does not investigate the murder of American citizens abroad (at least, not unless they are pretend murdered in front of a green screen with a Mossad agent dressed as an ISIS member reading off of a script. Guess the case is already solved at that point, huh?).

Interesting how that just keeps happening in Turkey. Last month, a former BBC reporter named Jacky Sutton, acting Iraq director for Clerkenwell-based War and Peace Reporting, was suddenly found hanged in a bathroom at the Instanbul airport. Because, you know, when you’re going to kill yourself, you do it by hanging yourself in the bathroom at an Istanbul airport…