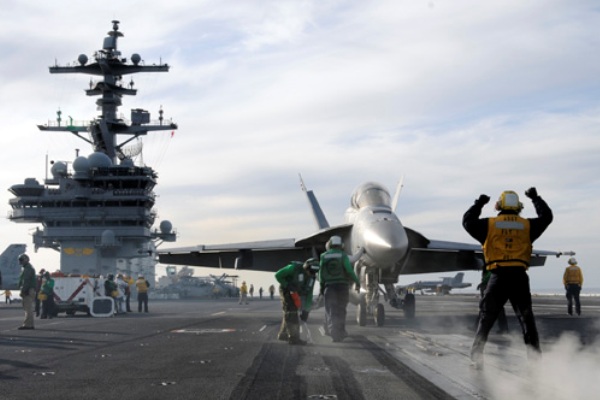 He is one of them. Muhammad in the White House.

Consider the genocide of Christians, beheadings, crucifixions, mass murder, sex slavery and auctions, public beheadings of American journalists and aid workers — consider all of it. And Obama blocks 75% of the airstrikes?

For the past year, I have said that Obama’s airstrikes were purely cosmetic and did nothing to stop ISIS. Here’s the proof.

“U.S. pilots: Obama blocks 75% of ISIS strikes ‘We can’t get clearance even when we have a clear target in front of us’”

(FREEBEACON) — U.S. military pilots who have returned from the fight against the Islamic State in Iraq are confirming that they were blocked from dropping 75 percent of their ordnance on terror targets because they could not get clearance to launch a strike, according to a leading member of Congress.

Strikes against the Islamic State (also known as ISIS or ISIL) targets are often blocked due to an Obama administration policy to prevent civilian deaths and collateral damage, according to Rep. Ed Royce (R., Calif.), chair of the House Foreign Affairs Committee.

The policy is being blamed for allowing Islamic State militants to gain strength across Iraq and continue waging terrorist strikes throughout the region and beyond, according to Royce and former military leaders who spoke Wednesday about flaws in the U.S. campaign to combat the Islamic State.