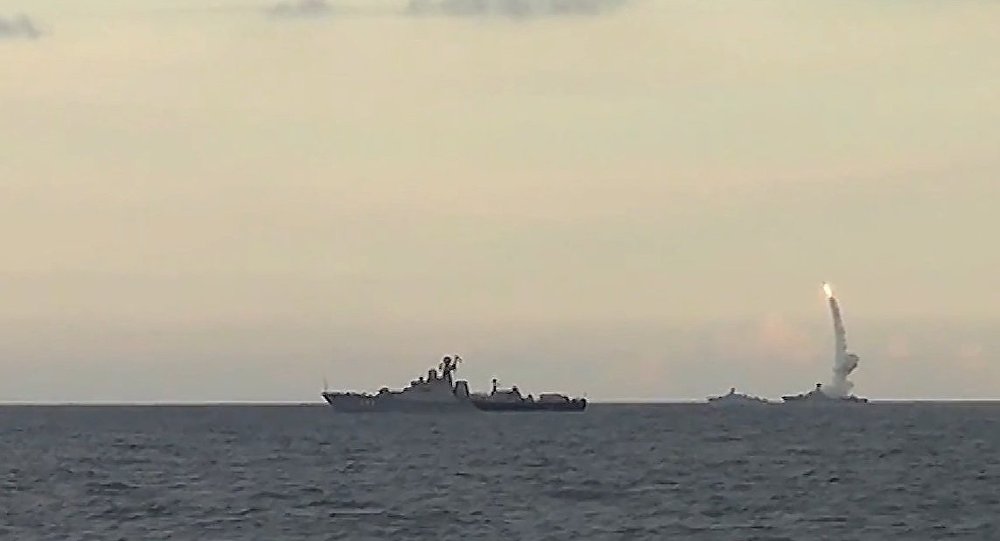 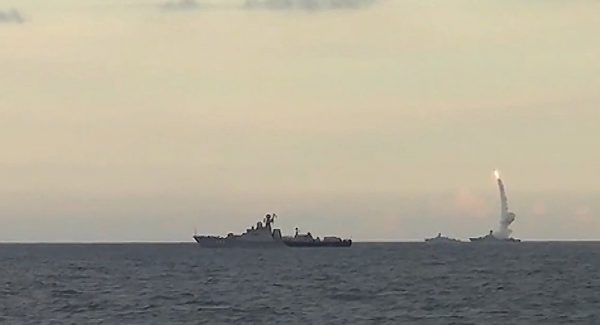 After the Islamic State claimed responsibility for the bombing of a Russian airliner, President Vladimir Putin doubled down on the destruction of ISIS. With the United States still refusing to coordinate airstrikes against ISIS, the Russians have chosen to step up their already blistering assault upon the Islamic State.

“On November 20, the warships of the Caspian Fleet launched 18 cruise missiles at seven targets in the provinces of Raqqa, Idlib and Aleppo. All targets were hit successfully,” Defense Minister Sergey Shoigu told Russian President Vladimir Putin.

There were 10 Russian warships that took part in the operation, six of which are in the Mediterranean. Over the past four days, Russian air forces have conducted 522 sorties, deploying more than 100 cruise missiles and 1,400 tons of bombs of various types, Shoigu said. He added that in a single strike on a target in Deir ez-Zor, utilizing multiple cruise missiles, more than 600 militants were killed.

Earlier in the week, the Russian air force undertook one the most massive, and complex heavy bomber missions in modern history. In a clear escalation of the air war, 25 Backfire, Bear, and Blackjack bombers went on a coordinated, long-range air raid against alleged ISIS forces in Syria.

All three types of Russian bombers can fly thousands of miles while carrying more than 20 tons of weaponry. Only the United States and Chinese possess similar heavy warplanes.

Russia is focused on destroying the terrorists’ economic base, having targeted 15 oil storage and refinery facilities as well as 525 oil trucks, according to Shoigu.

“We stopped supplies of 60,000 tons of oil per day to the black market and terrorists are losing $1.5 million daily,” Shoigu said.

The fact that the Islamic State is making mountains of cash selling oil indicates that they are selling the oil to some entity. It would seem like an easy calculation to determine exactly what person, group or state is buying this oil.

In fact, that information seems to be readily available.

According to journalist Pepe Escobar, writing for RT:

Turkish Socialist party member Gursel Tekin has established that Daesh’s smuggled oil is exported to Turkey by BMZ, a shipping company controlled by none other than Bilal Erdogan, son of “Sultan”Erdogan. At a minimum, this violates UN Security Council resolution 2170. Under the light of Putin’s message of going after anyone or any entity engaged in facilitating Daesh’s operations, Erdogan’s clan better come up with some really good excuses.

This information only barely scratches the nefarious relationship between The Islamic State and Turkey. According to respected international security scholar Nafeez Ahmed, writing in Insurge Intelligence:

A senior Western official familiar with a large cache of intelligence obtained this summer told theGuardian that “direct dealings between Turkish officials and ranking ISIS members was now ‘undeniable.’”

The same official confirmed that Turkey, a longstanding member of NATO, is not just supporting ISIS, but also other jihadist groups, including Ahrar al-Sham and Jabhat al-Nusra, al-Qaeda’s affiliate in Syria. “The distinctions they draw [with other opposition groups] are thin indeed,” said the official. “There is no doubt at all that they militarily cooperate with both.”

Shoigu made note that the number of aircraft taking part in the Syrian anti-terror operation has recently been doubled, and stressed that Russia was coordinating with French forces in the region, per President Putin’s orders, even if the U.S. continued to refuse to cooperate with the Russian forces.

Jay Syrmopoulos is an investigative journalist, free thinker, researcher, and ardent opponent of authoritarianism. He is currently a graduate student at University of Denver pursuing a masters in Global Affairs. Jay’s work has been published on Ben Swann’s Truth in Media, Truth-Out, AlterNet, InfoWars, MintPress News, as well as many other sites. You can follow him on Twitter @sirmetropolis, on Facebook at Sir Metropolis and now on tsu.