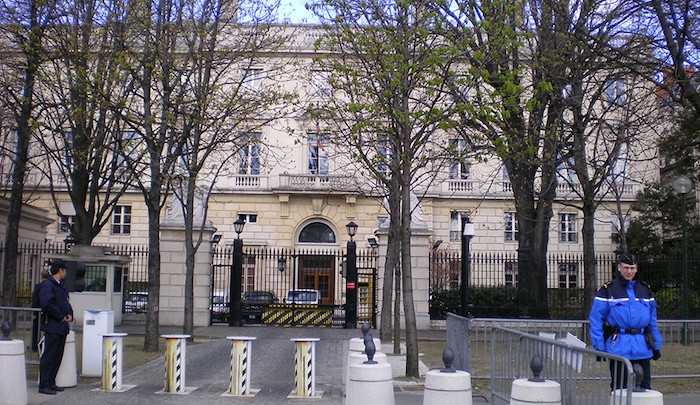 Man and his pregnant wife told to find a hotel 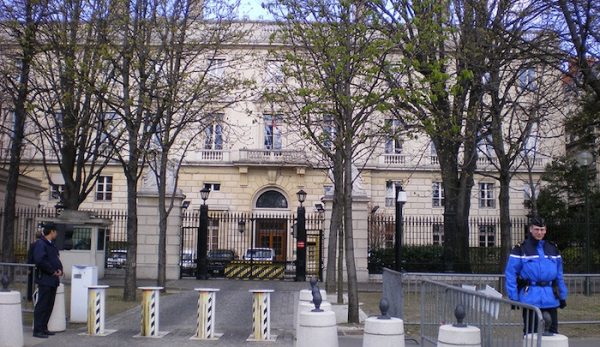 Infowars reporters Joe Biggs and Michael Zimmerman visited the U.S. embassies in Paris and London to get answers on why U.S. citizens were turned away during last week’s massacre in the French capital.

As the Macon Telegraph reported, Will Bogle and his pregnant wife Rebecca were 10 minutes away from one of the attack sites and had no way of getting back to their hotel.

They walked the two miles to the U.S. Embassy seeking protection, only to be told that they wouldn’t be allowed in and should try and find a different hotel. The couple were shocked by the turn of events and left France as quickly as possible.

After the State Department refused to respond to the story, Infowars visited the U.S. Embassy in Paris to demand answers.

Biggs and Zimmerman were told by a U.S. Embassy official that “this isn’t Saigon” and that U.S. citizens shouldn’t expect to be protected under such circumstances. The individual also said citizens should stay away from embassies in case they are targeted by terrorists.

Another individual who was turned away by the U.S. Embassy in Paris was student Bethany Salgado, who exclusively told Infowars what happened to her on the night of the attacks.

“We were told that the French president, prime minister, and minister of the interior were two buildings away from the U.S. embassy and because of their close proximity, the entire block was locked down,” she said.

“We were also told that embassies typically only provide shelter to citizens during war times and due to the attacks being a single, isolated event, the U.S. embassy could not open its doors to us for shelter. One representative told us that embassies often become targets in terrorist attacks, so although it was smart for us to have sought help there, citizens are advised to avoid it.”