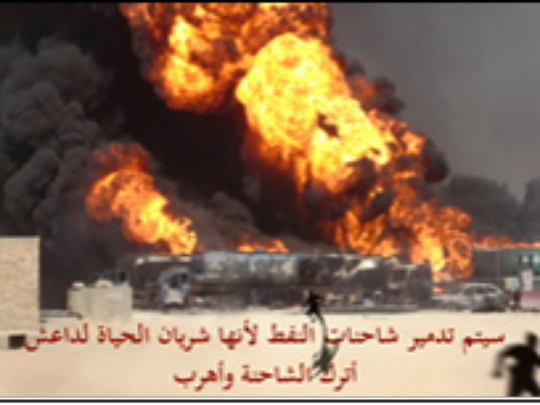 France began air strikes last Sunday (November `15, 2015) against the Islamic State in Syria, a stronghold for the militant group. On the same day of the French air strikes, the U.S. military destroyed 116 ISIS fuel trucks in Abu Kamal, in the Euphrates River basin near the Syrian-Iraq border.

FOX News A military official with knowledge of the strikes said that recently-arrived U.S. Air Force A-10 Warthogs from Incirlik Air Base, in Turkey, carried out the strikes on the fuel farm.

The official said previously the fuel trucks were off limits to U.S. military strike aircraft. When asked if the Paris attacks would bring about a change in the U.S. military’s rules of engagement, the official said that the truck drivers were warned first before the bombs fell.

“We dropped leaflets, warning the drivers to scatter,” said an official who had been briefed on the strike. “Next we strafed the area [with 30mm cannons] before the dropping bombs” from the warthogs.