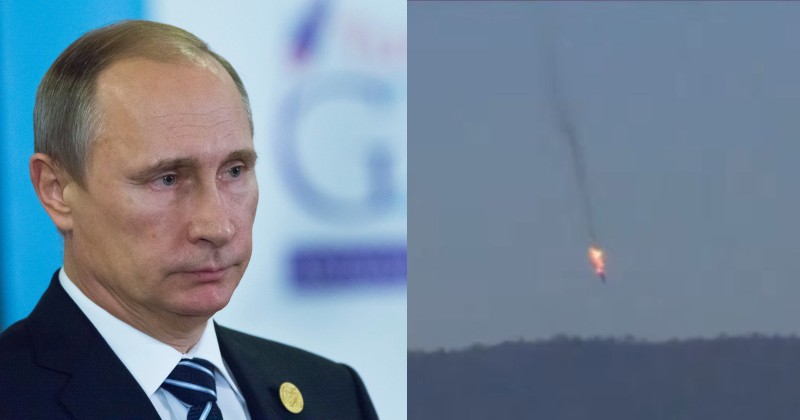 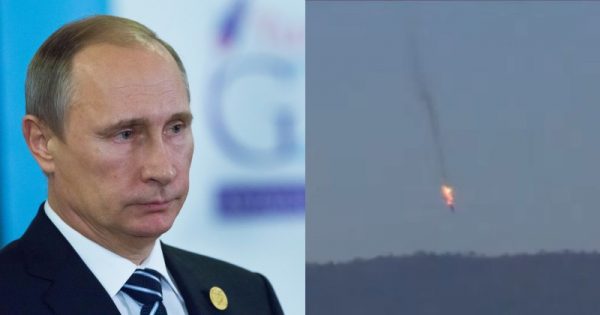 Turkey shot down a Russian Su-24 fighter jet it claimed had violated Turkish airspace just days after threatening Moscow with “serious consequences” if it continued bombing ISIS in Syria.

The plane was flying at an altitude of 6,000m (19,685ft) when it was shot down by the Turkish military before subsequently crashing on Syrian territory.

Russian President Vladimir Putin later called the act a “stab in the back by accomplices of terrorism.”

Ankara is unhappy that civilians belonging to the Turkmen population, which is staunchly anti-President Assad, will flee to Turkey and create a new refugee influx.

Shooting down the Russian jet may be a dangerous form of payback for Vladimir Putin’s two month bombardment of ISIS.

Although a NATO member country, a deluge of evidence suggests that Turkey is in fact allied with ISIS and has helped the terror organization by providing safe passage and financing via black market oil sales.

$800,000,000 worth of ISIS oil has been sold in Turkey, a supposed U.S. ally. ISIS trucks are routinely allowed to cross back and forth between the Islamic State stronghold of Raqqa and Turkey.

As Nafeez Ahmed documents, a large cache of intelligence recovered from a raid on an ISIS safehouse this summer confirms that “direct dealings between Turkish officials and ranking ISIS members was now ‘undeniable.’”

The senior western official who made this revelation also added that Turkey is allied with Ahrar al-Sham and Jabhat al-Nusra, two Al-Qaeda offshoots in Turkey who are fighting to topple Assad.

A former ISIS communications technician also told Newsweek that part of his job was to, “Connect ISIS field captains and commanders from Syria with people in Turkey on innumerable occasions.”

“ISIS commanders told us to fear nothing at all because there was full cooperation with the Turks,” he said.

Although flight radar data appears to show that the Russian jet did violate Turkish airspace, some have pointed out that given the speed of the jet, it could have only crossed into Turkey for a period of around nine seconds, suggesting that the decision to shoot down the plane was a massive overreaction.

Russian plane was allegedly in Turk airspace for 2km. At the speed the jet goes, it would've been out in 9 seconds. pic.twitter.com/uRiwCOfYmr

A graphic video taken from the scene of where one of the Russian pilots landed shows so-called “moderate” rebels gathered around his body chanting “Allahu Akbar”.  Separate reports claim that the pilot was still alive when he reached the ground and was subsequently killed by the rebels.