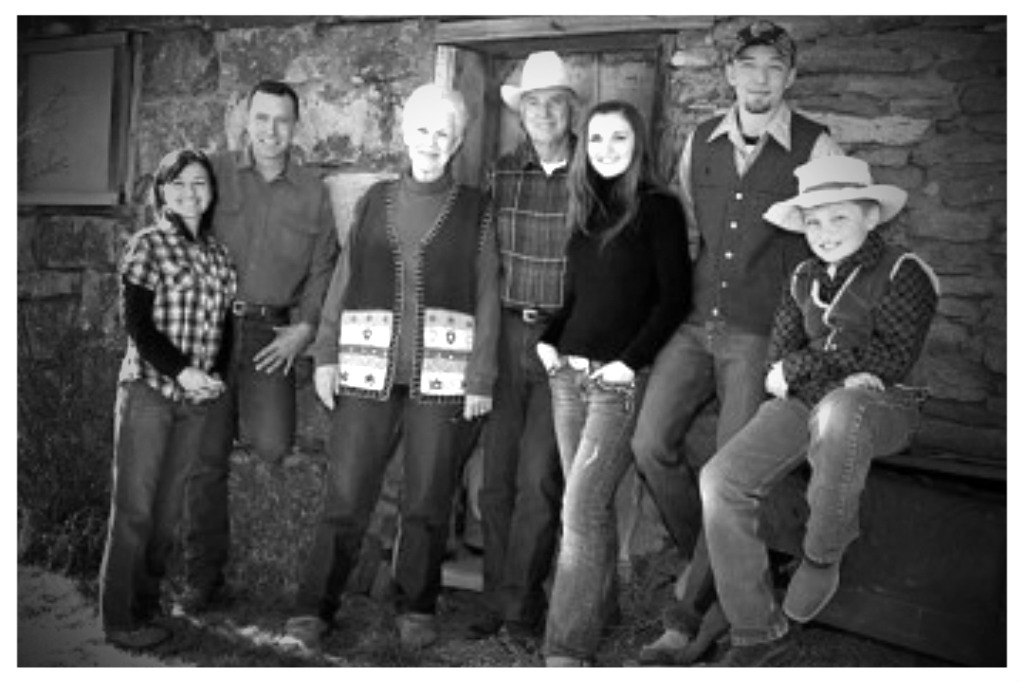 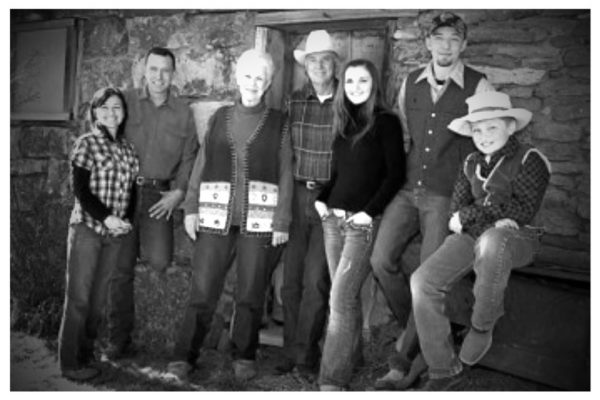 This story has been brewing for some time, but not received much national attention, unlike the Bundy Ranch incident in 2014. The family of Dwight Hammond have come under the tyrannical eye of the federal government and now it appears that both Hammond and his son Steve are being railroaded for something that is a non-criminal act is being played out before their eyes. Word went out to citizen militias this week that the issue is a level 2 alert, meaning that militia members across the country need to be ready to deploy to Oregon to stand against federal tyrants who are seeking to wrongfully imprison two American citizens.

According to an October 7, 2015 press release from the Obama Department of Justice, Dwight Lincoln Hammond, Jr., 73, and his son, Steven Dwight Hammond, 46, both residents of Diamond, Oregon in Harney County, were sentenced to five years in prison by Chief U.S. District Judge Ann Aiken for arsons they committed on federal lands.

The men were charged nearly a decade after the first fire and five years after the second.

Oregon Live reports on the fires:

The Hammonds’ run-ins with the government began in 1999, when Steven Hammond started a fire that escaped onto U.S. Bureau of Land Management territory. The intent of the fire was to burn off juniper and sagebrush that hindered the growth of grass for their cattle.

BLM employees reminded Steven Hammond that although his family leased public land for grazing, he couldn’t burn it without a permit. But in September 2001, the Hammonds started another fire. This one ran off their property on Steens Mountain, consumed 139 acres of public land and took the acreage out of production for two growing seasons, according to court papers.

Then in August 2006, lightning sparked several fires near the spot where the Hammonds grew their winter feed. Steven Hammond set a back-burn to thwart the advancing flames, and it burned across about an acre of public land, according to federal court records.

The jury in Pendleton, Oregon found the Hammonds guilty of the arsons after a two-week trial in June 2012. They were found guilty of arson on lands which they had grazing rights under Hammond Ranches, Inc., but which the unconstitutional Bureau of Land Management (BLM) is supposed to manage. The land is claimed as federal land, in clear violation of the Constitution.

The problem is multifaceted.

First, both men were sentenced in 2012 by now-retired U.S. District Judge Michael Hogan, following the trial. Steven received one year and a day in prison for setting fires in 2001 and 2006. Dwight got 3 months for his 2001 involvement. Hogan did not believe the men had malicious intent to be labeled as terrorists under the Antiterrorism and Effective Death Penalty Act of 1996, even though he sentenced them to jail for the time he did.

The men agreed to a plea deal that they would not appeal the 2012 sentence in order to bring the case to a close.

Both men served their sentences and were released. Now, the feds have appealed those sentences and want the mandatory minimum five-year sentence imposed on the men, and so they appealed to the 9th U.S. Circuit Court of Appeals, who agreed with the feds that the judge ruled illegally. However, now they are wanting to label the Hammonds as terrorists under the 1996 law in order to put them back in jail.

“I find it incredible that the government would want to try these ranchers as terrorists,” said Barry Bushue, the longtime president of the Oregon Farm Bureau. “Now is where the rubber meets the road. Right now is when the public should absolutely be incensed. And the public, I think, should be fearful.”

The DOJ’s acting US Attorney Billy Williams said, “We all know the devastating effects that are caused by wildfires. Fires intentionally and illegally set on public lands, even those in a remote area, threaten property and residents and endanger firefighters called to battle the blaze.”

“Congress sought to ensure that anyone who maliciously damages United States’ property by fire will serve at least 5 years in prison,” he added. “These sentences are intended to be long enough to deter those like the Hammonds who disregard the law and place fire fighters and others in jeopardy.”

However, what was not communicated in all of this is that the BLM starts these kinds of fires quite often and it actually benefits the land, though many times the BLM’s fires get completely out of control. Second, the fires that were started were not arson.

According to the definition of arson, the term means, “At Common Law, the malicious burning or exploding of the dwelling house of another, or the burning of a building within the curtilage, the immediate surrounding space, of the dwelling of another.”

Notice the term “malicious.” The definition of malicious is “Involving malice; characterized by wicked or mischievous motives or intentions.”

There were no malicious, wicked or mischievous motives or intentions behind what the Hammonds were doing. In fact, as stated above, the BLM often engages in this activity and so do other ranchers.

Dwight’s wife, Susan, said, “They called and got permission to light the fire… We usually called the interagency fire outfit – a main dispatch – to be sure someone wasn’t in the way or that weather wouldn’t be a problem.”

According to the Bundy Family, they point out that the Hammonds were simply engaging in what is commonly known as prescribed fires.

“The Hammonds are a simple ranching family that for generations has cared for the land they live upon,” the family wrote on its website. “Prescribed burns are a vital process in keeping the land healthy and productive in the area. The BLM also performs prescribed burns and have let it get out of control many times, but never has it cost any federal agent hundreds of thousands of dollars in fines and years of life in prison. The Hammonds prescribed a fire that moved to public land, they extinguished the fire themselves. The courts found that the burn increased vegetation for the following years, and had a positive impact on the land. With no authority or justification to prosecute, eleven years after the fire, federal attorneys have obtained judgment that the Hammonds are terrorists and must be punished severely for their actions.”

Note that the courts found that there was a positive impact on the land!

Tri-State Livestock News reports on that testimony, “In cross-examination of a prosecution witness, the court transcript also includes an admission from Mr. Ward, a range conservationist, that the 2001 fire improved the rangeland conditions on the BLM property.”

And why was that? According to Erin Maupin, a former BLM range technician and watershed specialist and rancher in the area who had been the neighbor of the Hammonds for years, said it was because researchers had determined that managing the invasive junipers, which steal water from grass and other cover was something necessary to increase the conditions on the land.

“Juniper encroachment had become an issue on the forefront and was starting to come to a head. We were trying to figure out how to deal with it on a large scale,” said Maupin.

So, we know there was no malicious intent, but rather normal ranch operations. Therefore, how could this be considered arson? It’s a part of ranching! If this is arson, then every person who has served on BLM and conducted the same kinds of fires should be immediately arrested, tried and if convicted treated as terrorists. But they won’t be.

The root problem in all of this is the federal government assuming it can own open land like this.

They cannot lawfully. Under Article IV, Section 3, Clause 2 of the US Constitution (The Property Clause), we read:

The Congress shall have Power to dispose of and make all needful Rules and Regulations respecting the Territory or other Property belonging to the United States….

Seems clear enough. Congress can regulate territory or other property that belongs to the United States. However, what land is rightfully under the federal government’s control to regulate under the Constitution? Article I, Section 8, Clause 17 states:

As Michael Lotfi rightly points out, “The clause gives federal control over the “Seat of Government” (Washington D.C.) and land that has been purchased by the federal government with consent of the state legislature to build military posts and other needful buildings (post offices and other structures pursuant to Article I, Section 8). Nothing more.”

We warn federal agencies, federal judges and all government officials that follow federal oppressive examples that the people are in unrest because of these types of actions. The purpose of government is to protect the unalienable rights of the people, not to take them away. It is the duty of the people to defend their God given rights if government fails to do so or turns to devour them. Good, civil citizens wish only to live in tranquility and peace, but demand freedom while doing so. We call upon you and all civil servants to effectuate the true purpose of government and change your actions as needed by fulfilling your sworn duty to the Constitution and ultimately to the People.

We further warn that the incarceration of the Hammond family will spawn serious civil unrest. We advocate that all charges be dropped and that the Hammond family be allowed to return to the home and life that was so rudely interrupted. The Hammond family has paid enough for this mistake, if any mistake at all. Further punishments to the Hammonds will require restitution upon those who inflict the injustices.

We call upon aware citizens and government officials to promote the protection and freedom of the Hammond family, and by so doing, maintaining the spirit of liberty that this beloved nation is built upon.

Indeed, Captain Joe Oshaugnessy of the Arizona militia put out the word on Facebook to inform citizen militias of a level 2 alert with information on who needs to be contacted to avoid a confrontation that will likely not end as well as the Bundy Ranch siege did.

Oshaugnessy has encouraged everyone to contact as many of these people in a “respectful manner” to “air your grievances,” something the First Amendment protects, and call upon these people to follow the law of the Constitution that binds them, not the American citizen.