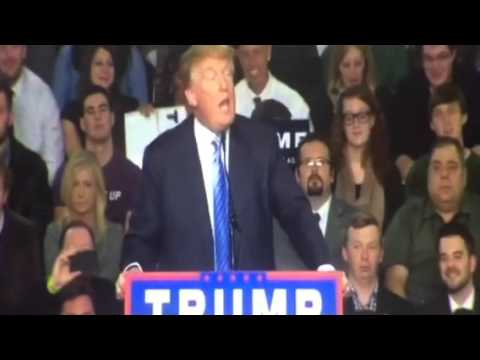 ‘The other side is cutting our people’s heads off’

COLUMBUS, Ohio (INTELLIHUB) — During a packed rally Monday, 2016 GOP Presidential Candidate Donald Trump asked himself a question on stage as the crowd cheered on.

“Would I approve waterboarding?”

Trump then responded to himself as a demonstration for the crowd:

“Would I approve waterboarding?”

“You bet your ass I would,” Trump said as the crowed cheered loudly.

“Don’t kid yourself folks it works. Only a stupid person would say it doesn’t work.”