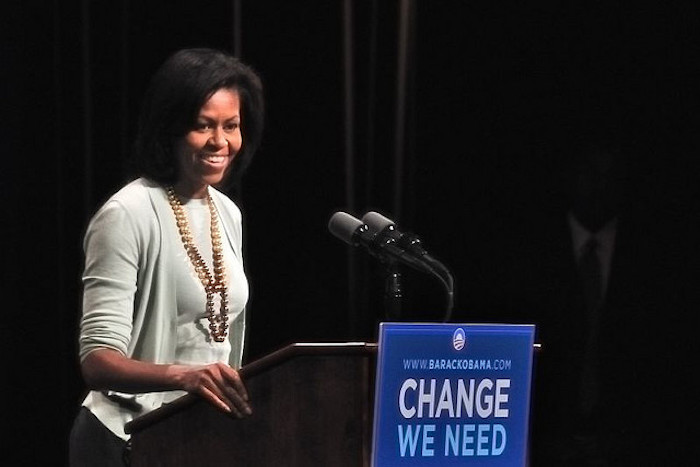 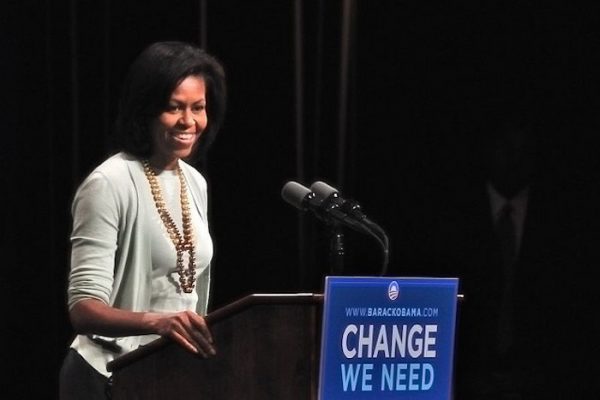 If Michelle O. had it her way everything would be p.c.

(INTELLIHUB) — Did you know the First Lady of the United States (FLOTUS) Michelle Obama once proposed that all Americans monitor their family members at all times even during “Thanksgiving” dinner for ‘racial intolerance,’ slurs?

It’s true. I don’t make this stuff up.

That’s right, the FLOTUS once suggested this to a graduating class in Topeka.

“[O]ur laws may no longer separate us based on our skin color, but nothing in the Constitution says we have to eat together in the lunchroom, or live together in the same neighborhoods […] There’s no court case against believing in stereotypes or thinking that certain kinds of hateful jokes or comments are funny, the FLOTUS said.

She then stated her wacky plan saying that students should, “drag my generation and your grandparents’ generation along with you,” down the path of racial tolerance.

Explaining exactly what she meant, she noted, “Maybe that starts simply in your own family, when grandpa tells that off-colored joke at Thanksgiving, or you’ve got an aunt [that] talks about ‘those people.” She continued by saying, “Well, you can politely inform them that they’re talking about your friends.”

“Or maybe it’s when you go off to college and you decide to join a sorority or fraternity, and you ask the question, how can we get more diversity in our next pledge class?” Michelle went on. “Or maybe it’s years from now, when you’re on the job and you’re the one who asks, do we really have all the voices and viewpoints we need at this table?” — Via Mr. Conservative (Emphasis added by me)

So there you have it people–you officially can’t talk about anything anymore! This is what they want you to think!