“Every Muslim believes in these things”

Video footage out of Norway proves that the notion of “moderate Islam” is a complete myth and that far more than a tiny minority of Muslims harbor violent, intolerant and extremist views.

During a conference held in May 2013, Norwegian Islamic leader Fahad Qureshi complains that the media often frames views such as “the death penalty for homosexuals” or the subjugation of women as only being held by radical Muslims.

“I always try to tell them that….these are general views that every Muslim actually has….every Muslim believes in these things,” says Qureshi.

Qureshi then asks the audience of Muslim attendees – black, white and Arab – to raise their hands if they agree with gender segregation and stoning women for adultery, as taught by the Koran.

Virtually every single ‘moderate’ Muslim in the room raises their hand to agree with these positions.

Qureshi then asks the audience if they go to “normal Sunni mosques in Norway.” Virtually everyone raises their hand in agreement once again.

The chillingly ironic thing is of course that in trying to argue that most Muslims are not ‘radical extremists’, Qureshi only proves the point that so-called “moderate” Muslims do in fact hold radical, violent and extreme views about the treatment of women and homosexuals.

The clip attests to the fact that – as documented in the rest of the video – intolerant and hateful viewpoints are not just held by a tiny minority of “radical” Muslims, they are held by most Muslims period, and they’re taken directly from the Koran.

If such views were espoused by extreme right-wingers, liberals would be up in arms, but because Muslims rank far higher in the ‘oppression olympics’ table, so-called “progressives” are frightened to criticize Islam for fear of being labeled politically incorrect or racist (despite the fact that Islam is not a race).

“There’s an expression for what you just saw: from the horse’s mouth,” writes Stephen Crowder. “Not the pig’s mouth, that’s racist…or Islamophobic. A group of admitted, mainstream, ‘moderate’ Sunni Muslims, who attend regular, average mosques, are totally cool with whatever punishment Allah says is the best punishment. Killing the gays? For sure. Stoning your woman for adultery? Totes cool. Her eyes probably lingered a bit too long on that Justin Beiber poster.”

“What these Muslims in this video are not okay with? Being told they’re extreme for these views. They want the world to know that “moderate,” mainstream Islam holds the same views as the radical Islamists who blow themselves up. The men in this video (I didn’t see any women, but maybe they’re there, in the back, where they “belong”) sent a message to the media apologists and politicians. The message: there’s no such thing as “extreme” Islam.” 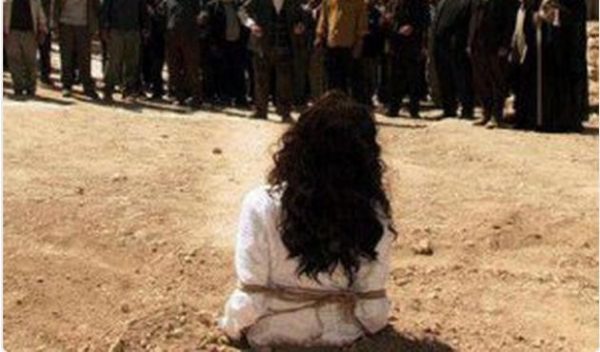