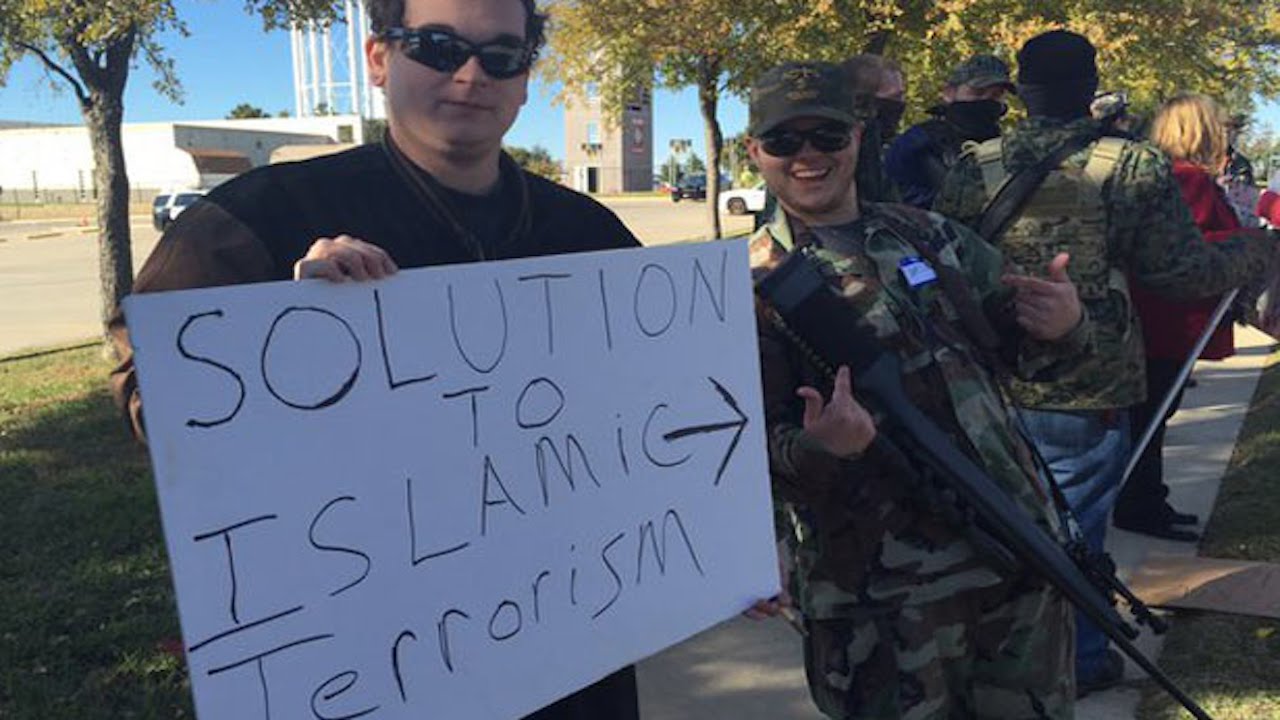 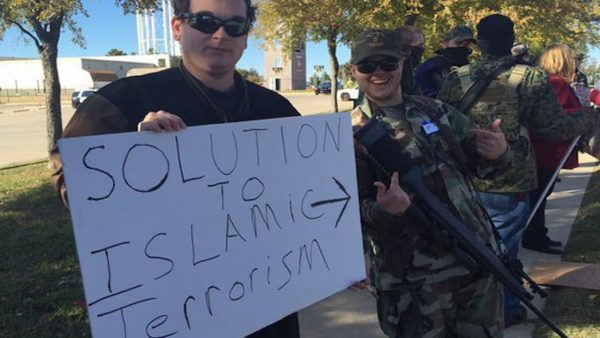 Armed Texas patriots took to the streets to protest a local mosque in Irving, Texas and the resettling of Syrian refugees in the area.

Though the group was peaceful, Irving police was there in the crowd in large numbers and SWAT teams were placed on standby.

A group calling itself the Bureau on American Islamic relations, or BAIR, gathered outside the Islamic Center of Irving.

One man who didn’t want his name used said, “It’s a boiling pot. The kettle…the top on this kettle is on really, really tight and it is going to blow.”

He also added, “I may look like their version of a racist but I’m not. I’m not even a racist here. I just don’t want them to push their beliefs down my throat.”

Designated terror group Council on American-Islamic Relations (CAIR) took the opportunity to attempt to present themselves as “peaceful,” even though they have been tied to funding Islamic terrorists such as Hamas for years.

“Americans are entitled to express their opinions for and against all matters of society,” the group said in a statement to FOX 4. “However, we urge demonstrators to not allow hate and fear to guide their actions, but rather balance knowledge and open hearts.”

I wish they would begin declaring that message to the Islamic terrorists they support rather than law abiding Americans!

Over the past year, Irving has been the center of where Islamists have been trying to raise the ante of societal jihad.

First consider that Muslims were outraged over the city backing a bill that would ban Islamic Sharia Law Tribunals, one of which had already been set up by fake Islamic attorneys, one of which we know supports Muslim Brotherhood terrorists. The city’s mayor, Beth Van Duyne, wouldn’t be bullied by the Muslims, but instead doubled down and encouraged Muslims to “respect, obey and embrace” the laws of Texas and the United States. That was back in March of this year.

In September, future jihadi Ahmed Mohamed decided to bring a clock, which he didn’t actually build, to school knowing that he would probably get into trouble. The clock looked like a briefcase bomb, but it was nothing but a scam to stir up sympathy for Muslims. While it garnered the attention of the Muslim-in-chief, it really backfired on Mohamed and he is now in Qatar (as if that is a surprise) and now suing the City of Irving for $15 million and demanding a public written apology from the Mayor and Police Chief! I’m doubting he will see a penny or a piece of paper!

Of course, there were many Islamic sympathizers and stealth jihadists who cowardly made threats, which came to nothing following the incident.

As I pointed out previously, this all comes right in the heart of Texas, along with Barack Obama’s former Homeland Security adviser Mohamed Elibiary leaving Washington and settling in Texas last year.

The good news is that this turnout shows that many Americans have not forgotten their freedoms and are exercising them. In like manner, as reported yesterday, the American militia has been put on alert concerning government tyranny in Oregon.

This should remind us of the rights we have as men to speak out, which are protected under the First Amendment and a public demonstration of the right to keep and bear arms to ensure those rights remain protected.