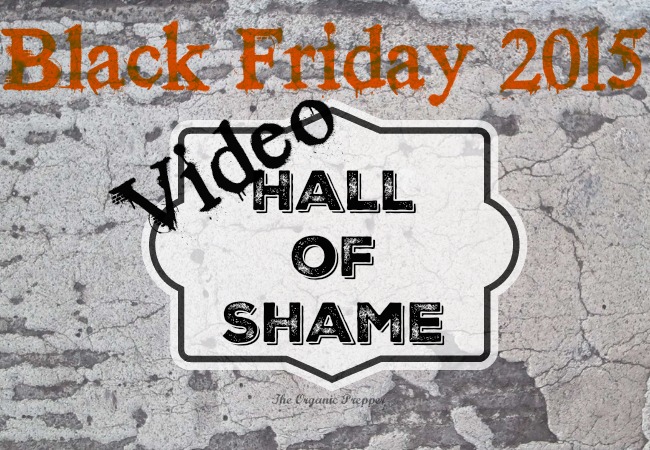 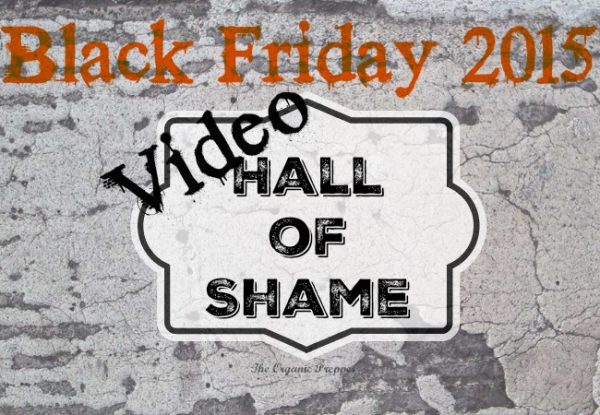 American shoppers continued to embarrass themselves in the eyes of the world during yesterday’s shopping extravaganza. While smart shoppers stayed home and avoided the insanity by ordering gifts online, the melees were alive and well in malls and big box stores across the country.

When it becomes difficult to tell the difference between that giant horde of zombies on The Walking Dead and shoppers on the day after Thanksgiving, it’s pretty evident that we have a serious problem.

Watch these videos, and just imagine if these people and their children were hungry. What if you stood between them and the food they felt they should have? Do you really think that they’ll be more civilized when the prize is life-saving food and not a cheap TV?  Is there really any question that preppers should be armed?

Use this as a case study in collapse behavior. In our first video, an adult snatched a vegetable steamer out of the hands of a child. As the stunned child looked on, the mother took off after the steamer snatcher, who told her not to be so aggressive.

Several fights erupted in this stampede through a shopping mall that looked uncannily like the Running of the Bulls in Pamplona, except with human participants instead of horned ones.

In this video, people at Wal-Mart come to blows over a “deal” on a television.

Here’s another Wal-Mart television brawl, this time in Texas.

At yet another Wal-Mart, this employee had enough and took down a customer.

This man was so determined to get a “deal” that he went all Mission Impossible, scurrying across coolers in order to get to his desired sale item more quickly.

The lunacy seems to have spread to the UK this year, if this video from Yorkshire is anything to judge by.

The Joke is on Them

And here’s the thing: These sales actually aren’t that good. In fact, some products are actually triple the price that they were 3 weeks ago. They are behaving this shamefully and paying more and their lack of research to determine this says that they’re probably not thinking ahead enough to prep.

This isn’t a one-time thing. It happens every single year.

What if there was no food? No water? No medicine? What if the grocery store was cleaned out and there was no sign of it restocking any time soon?  How would this same throng of people behave to get the last loaf of bread or case of canned goods?  What would they do if they knew you had food in your home while they had nothing?

I think we all know the answer to this question. If people are willing to assault another human being over a vegetable steamer, they will definitely lay siege to your home if you have food and they do not.

You can stockpile until you have a decade of supplies put back, but if you can’t defend it, you don’t actually own it. You only have your carefully collected supplies and preps because no one has bothered taking them away from you yet.  You have what you have based on the goodwill of others, who are stronger, greater in number, more ruthless, and better armed.  When everyone else is doing it and there’s little to no chance of legal consequences, these crazy Black Friday shoppers will look as harmless as a bunch of little old ladies playing Bingo.

You may not like hearing this, but you need only to check out the videos above to realize how thin the veneer of our civilization really is.

Do you have any other videos that should be included in this collection? Be sure to share a link in the comments below.