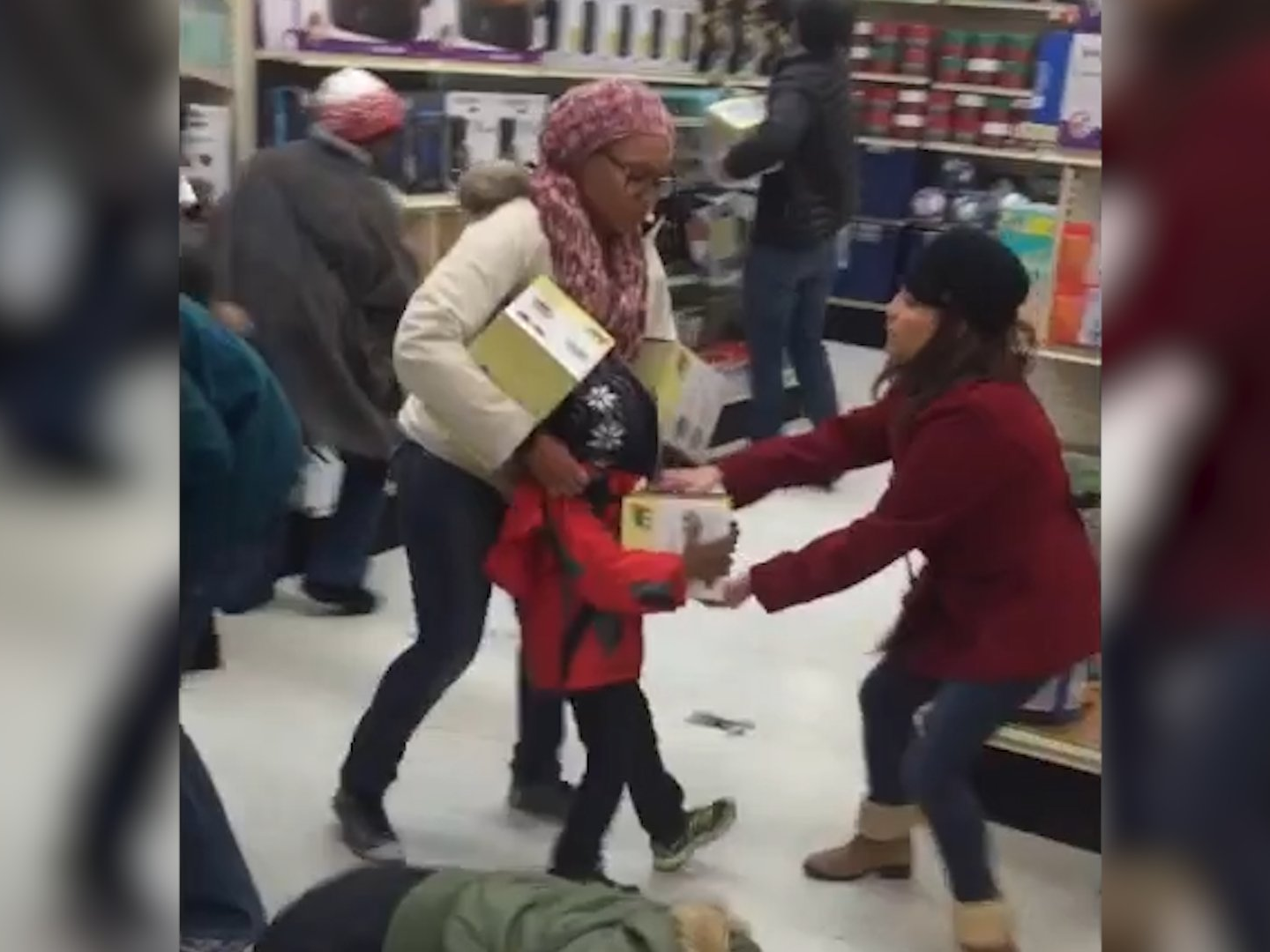 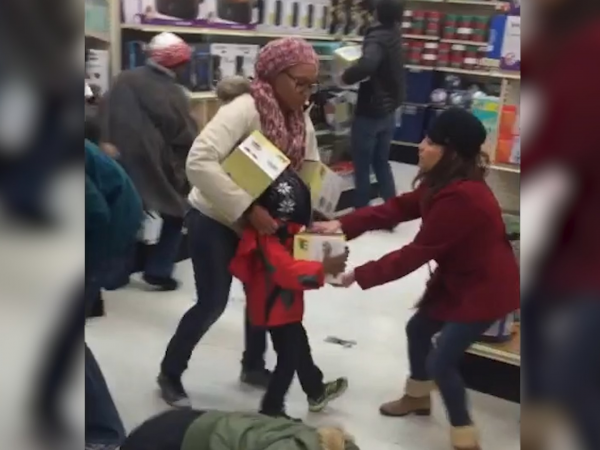 A video out of Saginaw, Michigan shows Black Friday shoppers brawling over vegetable steamers, as one woman steals an item from a child before being physically attacked by the kid’s mother.

The clip shows shoppers tumbling over a pile of the vegetable steamers before one woman grabs a steamer being held by a child who looks under the age of 6. The mother of the child then tries to wrestle the box back off her as she screams, “Why are you being so aggressive – you’re scaring me!”

The individual who posted the video on YouTube was presumably an employee of the store, commenting that they didn’t want to be fired for making the footage public.

The video is yet another example of how Americans go nuts for products which they don’t really need and can’t really afford.

As we reported yesterday, Black Friday is a complete scam based around the myth that shoppers are getting discounts they wouldn’t get at any other time of the year.

In reality, stores enjoy higher profit margins during the holiday period because retailers artificially inflate prices of goods in the months before Black Friday in order to make the subsequent discounts look good in comparison.

Many of the same deals for which shoppers spend hours camped outside stores are also available online anyway, in some cases days in advance of Black Friday.

Mark Dice is also out performing his usual duty of shaming Thanksgiving shoppers who would rather camp on the street to buy a new flat screen TV than spend time with their families.

Suffice to say, there was no sign of any of the zombies clamoring to get into Barnes and Noble.

Expect many more scenes like the ones in the video below throughout the rest of the day.