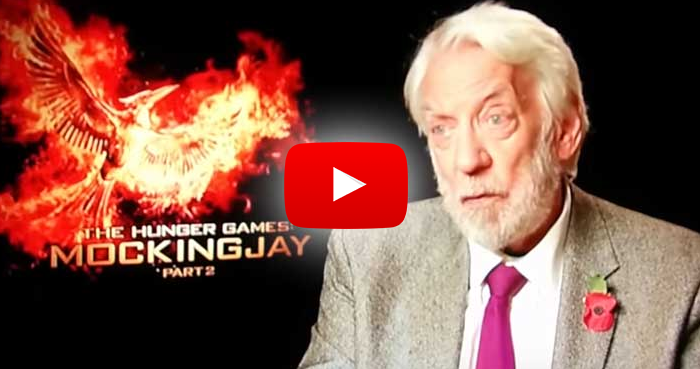 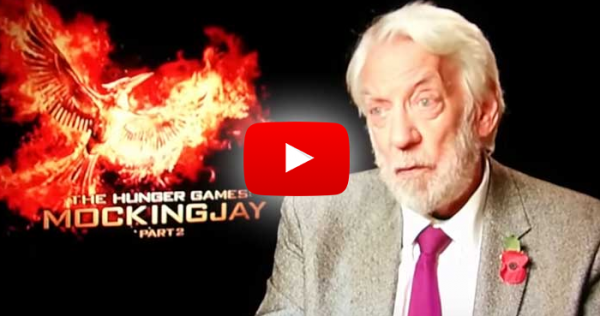 Hollywood actor, Donald Sutherland, just dropped a bombshell on the military industrial complex. Sutherland, who plays President Coriolanus Snow in the blockbuster movie series Hunger Games, was recently asked what the movie was really about – he held no punches in his answer.

If there’s any question as to what it’s an allegory for I will tell you.

It is the powers that be in the United States of America.

War is for profit. It’s not “to save the world for democracy” or “for king and country.”

It’s for the profit of the top 10%, and the young people who see this film must recognize that for the future ‘blind faith in their leaders,’ as Bruce Springsteen said, “will get you dead.”

Those who are awake to the war machine, and have watched the movies or read the books, have undoubtedly seen the underlying anti-establishment theme within. However, those who do not notice it should heed Sutherland’s words.

It is no question that war is for the profit of very few people. In fact, as the famous, two-time Medal of Honor recipient, Major General Smedley Butler of the USMC said,

WAR is a racket. It always has been.

A racket is best described, I believe, as something that is not what it seems to the majority of the people. Only a small “inside” group knows what it is about. It is conducted for the benefit of the very few, at the expense of the very many. Out of war a few people make huge fortunes.

In the World War [I] a mere handful garnered the profits of the conflict. At least 21,000 new millionaires and billionaires were made in the United States during the World War. That many admitted their huge blood gains in their income tax returns. How many other war millionaires falsified their tax returns no one knows.

It’s the weapons manufacturers, the arms dealers, the inside politicians, and the State itself. Everyone else involved in war, including those who die for it, are merely pawns. They are cogs in the machine whose only purpose is to spread death and destruction.

Please share this article and video so that others, who may have missed the point of this movie series, may see its true purpose – calling out the elite for the criminals that they are.