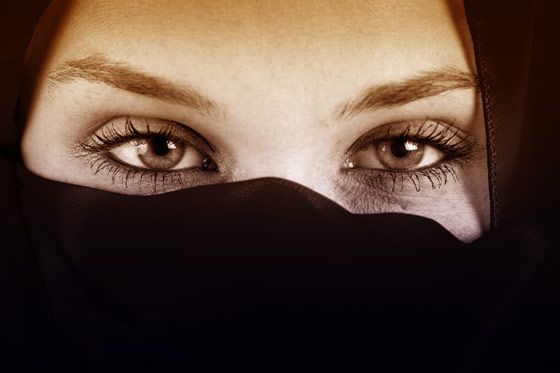 Switzerland has long been known for being neutral as it relates to geo-political affairs, especially across Europe.

As hundreds of thousands of middle east “migrants” flood the continent, the Swiss have made it clear that anyone who wishes to reside in their country must adhere not just to their laws, but also their cultural heritage.

While European leaders continue to claim that the majority supports multi-cultural diversity and inclusion, the people of Switzerland have spoken.

Women in many parts of the Middle East are prohibited from being seen without their all-black burqua outfit on. The reverse is true in at least one canton in Switzerland: Muslim women will no longer be allowed to wear their full-body garments in shops, restaurants, public buildings, and other similar places.

According to the new law, the 40,000 Muslim women in Switzerland will still be allowed to wear masks, balaclavas, or crash helmets. However, their head-to-foot body cover will strictly be prohibited. Even visiting tourists must strictly comply with the new law.

Giorgio Ghiringhelli, who drew up the proposal, said the referendum vote is a strong message sent to “Islamist fundamentalists” in the country.

“Those who want to integrate are welcome irrespective of their religion. But those who rebuff our values and aim to build a parallel society based on religious laws, and want to place it over our society, are not welcome,” he said.

Swiss citizens are allowed to own firearms, including the dastardly “assault rifle.”

We suggest they prepare for war with the extremist Islamists who are now peppered throughout Europe.

(Also See: These Refugees Didn’t Realize This European Woman Was Fluent in Arabic and Watch The Moment An Islamic Extremist Filming A Propaganda Video Is Wiped Out By An Artillery Shell )