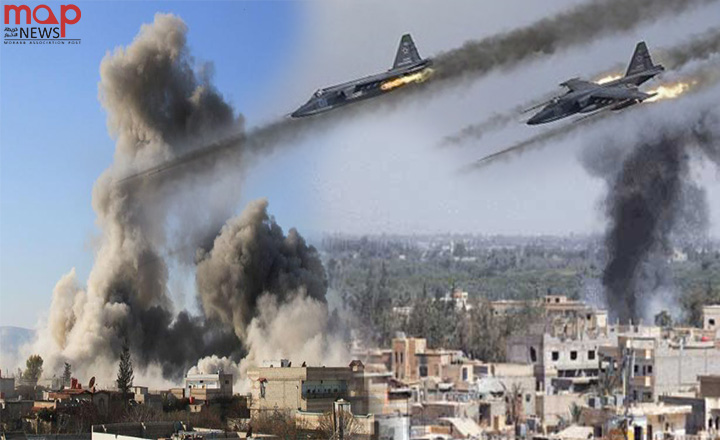 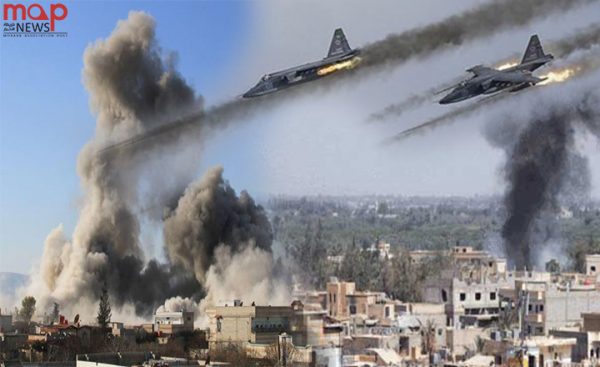 While Americans celebrated Thanksgiving, Putin, in his own style, sent a gift to the Turkmen who killed his pilot: hell, fire, and brimstone coming from all directions—land, air, and sea.

The gift was not limited to the killers, but also included all their relatives and associates as well: anyone with the affiliation of Turkmen.

Now you can watch (see second raw footage below) the joy of the Turkmen crying Allahu Akbar. Muslims yell this slogan, even when they are on the receiving end. The second video is titled “Fearsome: Russia Shells Turkmen Mountain.”

It is one thing to hear that the Russians are ticked off, but it is another thing to watch how Russians ‘just go boom‘. Here is the sending end:

This is Russia’s reaction to Turkey’s act of aggression, shooting down a Russian warplane over Syria’s border area following accusations that it had violated Turkish airspace. To Russia, the message to Turkey is simple: we will kill your brothers, the Turkmen who are aiding you.

News sources and raw footage reveal that ground, aerial as well as naval, offensive had commenced Wednesday evening. The Russian hell was hailing on the Turkmen from all directions, as the wrath of Russia began to pour on the Muslim terrorists who were aided by American-provided Taw Missiles as well as their own tanks that they had confiscated from the Syrian military in the past.

In addition to Russia’s bombardment, Syria sent tanks that marched through the area, including heavy firing from cannons, and, in addition, Russia hailed all the hell with strikes from air offensives and missiles fired from as far away as the sea. This campaign is an intensified continuation of the previous campaign, in which Turkey decided to aid their Ottoman Turkmen brethren with terrorists and weapons.

Russia kept its word on its warning that “all potentially dangerous targets will be destroyed,” which Russia’s Defense Ministry announced.

This, of course, is met with what Muslims do best: human casualties as it always has done in the past.

Accordingly, Syrian forces, supported by Russian air and land forces, started a military ground operation in Bayırbucak this week, where there are about 50 Turkmen villages, and they have been pounding the mountainous area where Turkmens live.

A Turkmen rebel leader based on the front lines on Turkmen Mountain said that Russia had intensified its attacks in the last 24 hours to punish opposition forces for the death of one of its pilots.

He confirmed Turkmen rebels had shot at the pilot as he parachuted from the burning plane and said “now we expect we will be hit by everything from the Russians.”

“For us it cannot get any worse than this,” the leader, who asked to be identified as Abu Musab, said. “We are under a very intense, heavy campaign from the Russians and the Syrian regime.”

Turkmen forces had to retreat after the region was heavily besieged by Syrian regime forces on the ground cooperating with the Russian air force last week.

In addition, Syrian regime forces deployed in the Kasab region of Latakia province bombarded Kızıldağ and the surrounding region on Tuesday, as sounds of explosions were audible in the Yayladağı district of Turkey’s Hatay province.

Operations by Syrian regime forces, supported by Russian air strikes, on the Turkmen-populated Bayırbucak region in northern Syria are ongoing. Heavily affected by the operations, Turkmens are reportedly fleeing their homes and settling in refugee camps in the village of Yamadi in Latakia province.

And it is not only the Turkmen who are getting hell. Russia is preparing sanctions on Turkey itself in response the downing of the Russian warplane. Prime Minister Dmitry Medvedev announced, in a televised cabinet meeting on Thursday, according to the BBC:

“The government has been ordered to work out a system of response measures to this act of aggression in the economic and humanitarian spheres,” which may include “limits or bans” on “foodstuffs, labor, and services from Turkish companies,” Medvedev said.

The sanctions “could bite into more than $30 billion in trade ties between the two countries, as police here began seizing Turkish products and deporting Turkish businessmen,” the Washington Post’s Moscow Correspondent, Andrew Roth, wrote on Thursday.

And this is why Turkish President Recep Tayyip Erdogan began to change his tune. In an interview with France 24 on Thursday afternoon, he said, “If we had known if it was a Russian plane maybe we would have warned it differently.”

It’s too late. Turkey will begin to feel Russian wrath.

In addition, state-run news agency Anadolu reported on Wednesday that Russian airstrikes had deliberately targeted Turkish aid vehicles in the Syrian border town of Azzaz, killing 7 drivers. The town is considered a lifeline for Syrian rebels, who depend on the aid and supplies to continue fighting Assad regime forces.

This response commenced just over 24 hours after Turkey shot down a Russian warplane, claiming the jet had violated Turkish airspace. Moscow was already exacting its revenge — albeit subtly.

Besides bombarding the Turkmen insurgents, who have ethnic ties to Turkey — in Syria’s Latakia province, Russia also announced Wednesday that it would deploy state-of-the-art S-400 missile systems to the Russian Hemeimeem air base near Latakia, Syria, 30 miles south of the Turkish border, the AP reported. The missiles, which are able to hit any Turkish jet with extreme accuracy, are evidently meant to deter Turkish jets from ever again shooting down Russian planes in the future.

Additionally, Russia issued an official travel warning, advising its citizens against visiting Turkey. And Russian travel agencies announced on Wednesday that they will withdraw their business in Turkey until next year, according to a translation by Boris Zilberman, a Russia expert at the Foundation for Defense of Democracies, a Washington, D.C.-based think tank.

Russian tourists account for a huge portion of Turkey’s tourism industry — 3.3 million Russian tourists visited Turkey in 2014, the second-largest number of tourist arrivals after Germany and around 12% of total visitors, according to Reuters.

And all this is not enough. In a largely symbolic gesture on Wednesday, the Russian parliament proposed a five-year jail term for anyone who denies that the mass killings of Armenians that began under Turkish Ottoman rule in 1915 constituted a “genocide,” according to an article translated by Foreign Policy columnist and Russia commentator Julia Ioffe.

Use of the word remains a charged issue in Turkey, which staunchly objects to such a characterization. Eastern Armenia remained part of the Russian Empire until its collapse in 1917.

Where do you hear that in the U.S., which still refuses to condemn Turkey for the Armenian Genocide? Is this “Gog”? Or has the devil been lying to the American Christian in that, after the disco-style Sunday service with Coffee-Latte, he tends a Sunday school where the ‘Russians’ are portrayed as “Gog” in Ezekiel 38?

It is Russia, not the United States, that is hitting Turkey on the propaganda level—as The Soufan Group noted on Wednesday in its daily briefing, Russia “is likely to use intelligence and disinformation to highlight Turkey’s dealings with the Islamic State.”

Some western officials have long harbored suspicions about Turkey’s links to ISIS.

As we predicted at Shoebat.com:

For how many years we have been saying it, that Russia and Turkey will eventually have a major fallout while others said (even used the Bible) that they will become great allies.

While the world complimented how Turkey and Russia got along, we remained persistent that Russia and Turkey would have a showdown, and the spark of our prediction has just ignited. It is important to read every verse in the Bible, even where Daniel talks about the “bad news from the north.”

Well, it’s “bad news” for Turkey and it’s coming “from the north.”

Was that difficult to figure out for the so-called ‘prophecy scholars’?

So there, Turkey—enjoy a Christian Orthodox Russian-style gift. And from us here from the remnants: we are with you, Russia. And to all: Happy Thanksgiving, Merry Christmas, and a Happy New Year.