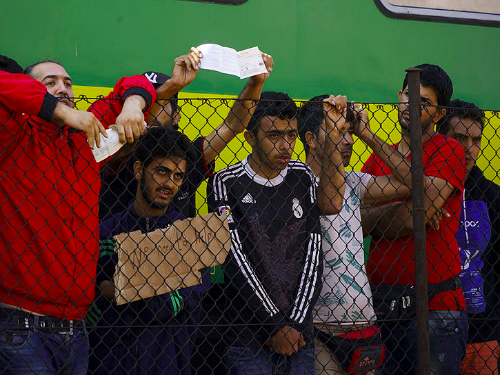 All across Europe, thousands of refugees are dropping off the map. Hundreds have disappeared from German refugee camps before they’re even registered with the authorities, and the whereabouts of 4,000 people who lost their refugee status in Denmark are currently unknown. However, Sweden takes the cake for losing track of a mind-boggling number of refugees.

Sweden has so far taken in more refugees per capita than any other European nation, and they’re rapidly losing control of the situation. Their government had ordered over 21,000 of these people to go home after their asylum applications were turned down (presumably, they are among the countless, single, working age men who have flooded into the continent). However, 14,000 of them have simply disappeared, rather than submit to deportation. Another 7,600 are supposedly accounted for, and awaiting deportation.

Unfortunately the police lack the manpower to enforce the deportation orders, since many of them have been sent to conduct border security. That border security is also failing, since officers are only allowed to make spot checks, and can’t profile people by appearances. Even when they do successfully catch and deport someone trying to sneak in, their country of origin often refuses to let them go back home.

In other words, nations like Sweden have passed the point of no return. The situation is so out of hand that they’ve lost the ability to maintain both internal and external security. At first they didn’t try to stop the mass exodus of migrants from the Middle East, but now that they’re trying kick some of these people out, they lack the ability to do so.