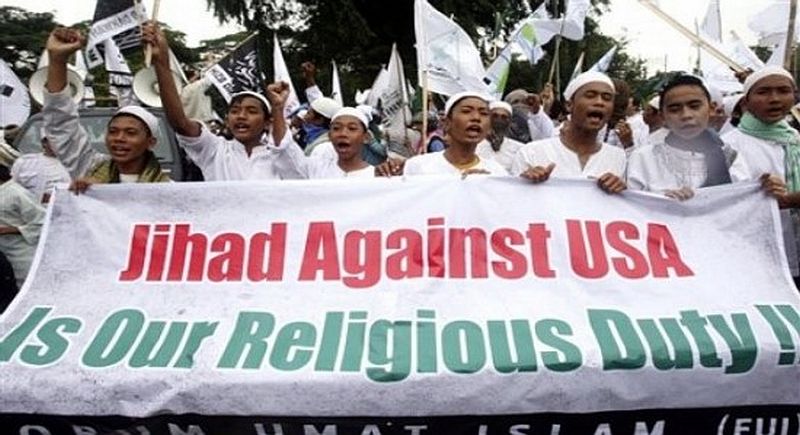 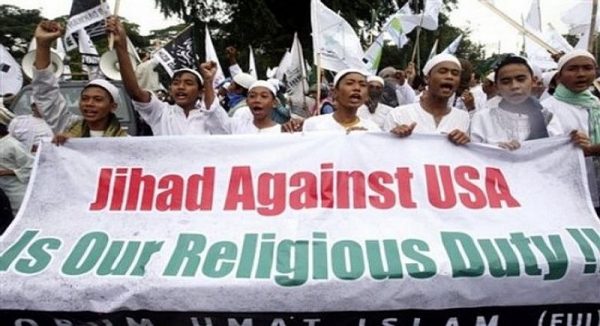 In light of Obama’s refusal to consider the national security of the united States in relocating individuals from other nations he terms “refugees” who cannot be vetted, period, to ensure a terrorist attack like the one in Paris, France, does not occur on US soil, and Obama’s threats of action should States not comply, this letter goes out to all American citizens, in all States.

As has been broadcast in news reports and other media outlets, Barack Hussein Obama refuses to consider the safety of all American citizens, the national security of this nation and the founding tenets of this nation echoed in the Constitution in his unilateral, authoritarian, almost dictatorial edict of relocating unvetted masses of individuals, the majority of whom are Muslim, from various nations into the united States. In his own words, the uS is slated to import 100,000 individuals per year, mostly Muslim, termed “refugees” from Syria and nations elsewhere. Governors of thirty-one states have stood up to declare their support for the safety of their resident citizens, their commitment to the national security of the united States and their State, and to support the founding tenets of this nation by refusing to accept unvetted masses of individuals into the nation. Because of the vocal opposition of the people of the united States and the opposition of governors to his premise, Barack Hussein Obama publicly humiliated, impudently mocked, and chastised the entire population of the united States of America in front of numerous news cameras and world leaders. Moreover, Barack Hussein Obama threatens the States who do not comply with his demand of accepting mass numbers of individuals he terms “refugees.”

As citizens, we can no longer sit on the sidelines, in armchairs and behind keyboards writing our suits in Washington, DC, who demonstrate day after day they do not represent the citizens and violate their oath of office. It is time we show our support for our governors who have taken a stand to protect their resident citizens. It is time to declare that we consider this nation a constitutional republic as established in the Constitution of the united States of America, meaning we reject dictatorial edict and threats issued by a lawless, criminal man occupying the office of the presidency.

It is time for Barack Hussein Obama to understand the depth of conviction the people of this nation have for our nation’s security, economy, and safety by making it known that our form of government does not allow one man to authoritatively dictate edicts of action to our nation, assume the role of dictator or ignore laws established to protect us from instability, attack and an internal conflict on our soil.

As Former United Nations Ambassador John Bolton has indicated, the united States is under no obligation to bring any “refugees” into this nation. The United Nations 1951 Convention and Protocol Relating to the Status of Refugees, amended 1967, does not apply to “those for whom there are serious reasons for considering they have committed war crimes or crimes against humanity, serious non-political crimes or are guilty of acts contrary to the purposes and principles of the United Nations.” (page 4, 1st paragraph, 2nd sentence) Because of the inability to establish the nation of origin, the exact identities and history of these individuals, including criminal backgrounds, to accurately confirm the lack of participation in any events listed above, the Convention does not apply, which relieves the united States from any obligation to relocate any individual designated or claiming to be a “refugee” into this nation. Moreover, the United Nations violated the tenets of the convention by not holding the country of first asylum to provide assistance as outlined in the Convention: food, shelter, sanitation and medicine in refugee camps.

Reports of crimes against native European women and children have increased dramatically in Europe meaning an infusion of a criminal element within the masses of individuals exists producing a concern regarding public safety should mass numbers of these individuals enter our nation. European nations are discarding their citizens, evicting them from their own residents in favor of the invasion force dubbed “refugees,” and refusing to maintain public order.

The citizens of the States, where governors have taken a stand in support of safety and public interest and against the relocation of unvetted, unknown individuals into the communities by the Obama administration, should stand with our State leaders. The mass numbers of individuals Obama has determined to bring to our nation, consisting of a majority of young Muslim males as seen in Europe, constitutes an invasion of the several States perpetrated by a lawless, criminal president amounting to treason. As European governments strategically placed invaders of sufficient numbers to constitute a majority in some towns and municipalities, Obama intends to do the same without consent of the States or the free people occupying cities and towns in the uS.

Some governors are willing to accept refugees against the wish of voters and have called for residents who disagree to leave the State. These governors have demonstrated their lack of support for the citizens who duly elected them. Citizens of these States, in opposition to the orchestrated “resettlement,” should mobilize to show their disapproval and request these governors resign.

Furthermore, we need to gather to send a message to Barack Hussein Obama that any use of force against the people will not be tolerated.

We should stand in unison on the front steps and lawn of our State Capitol building in opposition to unvetted mass resettlement of unvetted individuals, in opposition to State governors supportive of Obama’s plan, in support of State governors who have taken a stand to oppose Obama’s plan, and declare, in peaceful means, to Congress, we the people will not bend to edict.

Let us all gather on January 9, 2016 from 11:00 am to 2 pm, local time, on the steps of our respective State capitol buildings, in peace, to let our opposition to importation of unvetted individuals into the united States be known, oppose the governors who stand with Obama, and provide support to the governors who oppose Obama’s plan.

If you use Facebook, please visit US Citizens Against Massive Refugee Acceptance, to show support.