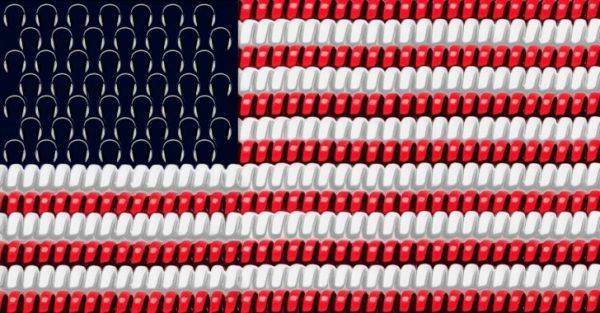 Sunday marked the end of the NSA’s highly contentious bulk data collection program, as widely reported by corporate media outlets. But for all intents and purposes, as the USA Freedom Actkicked off in its place on Sunday, this termination was a purely hollow, symbolic gesture.

As Edward Snowden revealed two years ago, the National Security Agency implemented a program to vacuum up the metadata of essentially all domestic communications in the U.S. by liberally interpreting controversial provisions in the USA Patriot Act — which federal courts have since found unconstitutional. Under the transparent guise of fighting terrorism, the NSA argued in court its justification for casting such a broad net; but after an earlier reversal, District Court Judge Richard Leon ripped into the program in an epicly caustic ruling in favor of civilians.

But if you think for a second the NSA would actually cease such paranoid spying on the U.S. populace, you might not know much about the Freedom Act. Whomever claims responsibility for naming these programs clearly does so with a snide irony only the government could be capable of; whatever the moniker, it’s usually safe to assume the opposite is true — and the Freedom Act is no exception.

Sure, massive amounts of data are no longer being collected — by the NSA. That’s because now, telecommunications corporations have simply taken over where the government left off. To wit, as Bernard E. Harcourt penned yesterday in The Chronicle of Higher Education:

“The [USA Freedom Act], which authorizes bulk collection of U.S. citizens’ telephony metadata, provides that telecommunications companies will hold and maintain the data — and the government will reimburse them for the service.

“Yes, in what government documents describe as a ‘partnership,’ we taxpayers will pay AT&T to collect and hold on to our data for when the intelligence services need them. A win-win solution for everyone — except, of course, the ordinary, tax-paying citizen who wants a modicum of privacy.”

Harcourt’s article — aptly titled “Surveillance State? It’s So Much Worse” — goes on to flesh out the murky blending of corporations and the government, and how that marriage applies to mass surveillance:

“Critics across the political spectrum have used the term ‘surveillance state’ to describe the new political condition we live in […] But that figure of speech no longer suffices. Surrounded by a Lernaean Hydra of retailers, data brokers, social media, multinational corporations, hackers, and our own intelligence agencies, we have experienced a total breakdown of the boundaries between the state, the economy, and society. This fundamentally transforms our citizenship. The liberal ideal — that there could be a protected realm of individual autonomy — no longer has traction in a world in which commerce cannot be distinguished from governing or policing or surveillance or simply living normally in the digital age.”

In the wake of the Paris attacks earlier this month, various politicians and government officials jumped at the chance to target Snowden for supposedly gifting would-be terrorists with precise knowledge of how to avoid the kind of detection that would have prevented such terrorism. Oh really?

Firstly, bulk collection and provisions under Section 702 of the Patriot Act, which ostensibly allow the controversial FISA Court (FISC) to gather bulk intel on foreign communications — as well as France’s earlier implementation of its own version of the Patriot Act — all failed miserably in detecting and preventing said attack.

In fact, no terrorist plot has ever been thwarted by these so-called anti-terrorism measures. And most often, attacks happen in failures by government agencies to communicate sufficiently with each other — not from a lack of information collected about malicious players.

Secondly, obfuscating language employed in both the Patriot and Freedom Acts casts doubt over whether the government and FISC aren’t necessarily interpreting their rules to suit whatever surveillance they deem necessary, anyway. Federal courts, as in the ruling by Judge Leon, can only push back against intrusive government if evidence is available to them to do so. Confirmation of this purposeful perplexity is found in attempts to interpret the Freedom Act by organizations whose sole task is interpreting government documents. As pointed out by Reason:

“If you followed the congressional and public debates over whether parts of the Patriot Act should be permitted to expire and whether the Freedom Act would really limit government surveillance, you’d be understandably bewildered. The amount of reading was huge, and nearly everyone had a different take […] You might think you could leave the hard work to the civil-liberties organizations you trust, but that path was not without its problems.”

Perhaps the Freedom Act’s moniker more accurately indicates the U.S. government will maintain the freedom to collect as much of your information as possible  — however and whenever it feels necessary.