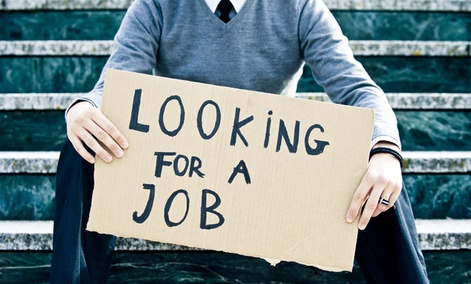 IF a great economic collapse is indeed unfolding, the condition of the up and coming labor force indicates a grave aftermath of grey listless population, a wondering generation of young people with no direction, and no vision of the future. Without a vision, the people will perish.

Where will college graduates, working class debtors, small business owners and retirees find themselves a generation down the road? Few see good times ahead, particularly those looking for entry into meaningful careers and upwardly mobile opportunities.

The Washington Times reported on the growing pessimism among young people entering into business and work environment. There is a widespread disillusionment with the system as a whole, and an increasing number of once well-adjusted white Americans stand out in the latest shift in the the standards of living.

Via the Washington Times:

It’s about as hard for a 20-something worker to find a job today as it was in 1986. The economy is growing at a slightly slower pace, but not by much. And yet young workers today are significantly more pessimistic about the possibility of success in America than their counterparts were in 1986, according to a new Fusion 2016 Issues poll reported in conjunction with the Washington Post — a shift that appears to reflect lingering damage from the Great Recession and more than a decade of wage stagnation for typical workers.

That rise in pessimism among millennials is concentrated among white people. It is most pronounced among whites who did not earn a college degree.

The Fusion poll replicated the questions from a Roper/Wall Street Journal poll of young Americans that was conducted in 1986… Both polls posed a series of questions about the American Dream: what it meant to individuals, whether it actually existed and, if it did, how hard it was to attain.

In the three decades between the surveys, pollsters found, share of young Americans overall who said the American Dream “is not really alive” grew sharply from 12 to 29 percent. Among white people, it nearly tripled from 10 percent to 29 percent. One in three white non-college graduates now say it is not alive, compared to one-fifth of white college graduates; the increase from 1986 was larger for non-graduates than for graduates.

The poll found no statistically significant change among young Americans of color over the decades. In 1986, they were about twice as likely as whites to say the American Dream does not exist. Now, the groups are about equally pessimistic.

But among the respondents who said the American Dream does mean something to them personally, whites were far more likely to say the dream has become harder to achieve compared to a generation ago.Just over 6 in 10 white college graduates said the dream had become harder to achieve, and 7 in 10 non-college graduates said the same, while 53 percent of non-white respondents said so.

With student loan debt saddling millions of Americans in their first years of adulthood, and a drastically rising cost of living there is reason for despair. Changes in global economic order and declining faith in the dollar are shaking the foundations of the modern middle class. Service jobs have replaced manufacturing, and high tech success stories contrast against the growing bottom of those who’ve learned to depend upon government paychecks, part-time work and benefits for their livelihoods. The United States’ role is increasingly challenged in the world, and wealth has concentrated to the hands of a just a few, while everyone else is just holding on…

America’s best and brightest have been put in the backseat. Education standards have fallen. Overqualified applicants with degrees over-compete for increasingly menial positions. There is no clear hope for better jobs and a stronger America on the landscape, though Donald Trump stands out for his appeal to make America great again. But people are staring at the problem the system itself refuses to address.

For the first time in several generations, young adults are living at home with their parents in large numbers. One poll found that nearly of third of those under 35 are living with their elders, showing signs that there are serious stresses on the system that will bear out.

Frustrations are spilling over into social divisions along the lines of race, religion and culture, while frustrations with policies of bankers on Wall Street and bureaucrats in Washington are obscured.

Even a modest economic collapse is poised to undermine the remaining fabric of civility found in today’s masses. How many have given up hope of a vibrant future? How many days are we away from empty store shelves, mass starvation, riots, holed up survivors and recovery under martial law and heavy federal assistance?

What can you do? Many Americans are relearning the art of making do, and of of course, expecting less.

Disaster may come on a much more personal level. Individuals can suffer catastrophe as surely as nations can. When they do, it can be even more distressing because individuals feel alone in their suffering. I am talking about personal financial ruin and homelessness. Thousands of people across North America, indeed the world, have already experienced it following bankruptcies and foreclosures.

Whole families have been evicted from their homes, some quite forcibly. We see dozens of tent cities appearing across America, and more people ordering storage containers to live in. What we don’t see are the “hidden homeless” – those forced to survive by couch-surfing or moving back in with family. If 47 + million Americans now live below the poverty line, that means 47 + million who are either homeless or in imminent danger of becoming so. And the number is still growing. (MD Creekmore’s The Survivalist Blog explores a scenario wherein you find yourself and your loved ones homeless and “living off the land.”)

BREAKING: The Marxists (They Control The Dems) Now Calling For THIS PUNISHMENT If You Resist Getting The China Virus Vaccine
AFF