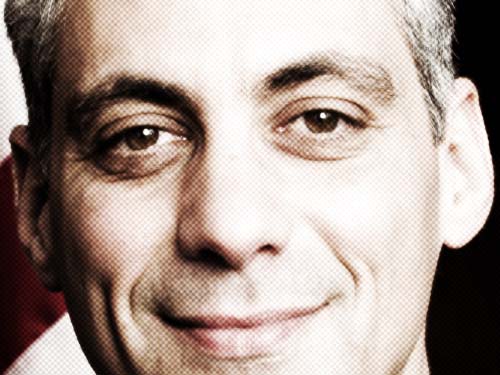 Everyone who is paying attention knows that something is fishy with the Laquan McDonald case. The family of the teen — who was shot 16 times by a Chicago police officer Jason Van Dyke, now charged with first degree murder — received a $5 million settlement from the city without even filing a lawsuit or anything.

Then the city fought the release of the police dash cam video of the shooting… hard. Well, at least until elections were over.

Then it came out in grand jury testimony that the Chicago PD paid a visit to a Burger King near where the shooting happened just a little while afterward to check out the restaurant’s surveillance footage…86 minutes of which mysteriously vanished after they left, missing minutes which just happen to be when the shooting took place.

Now, amid the police state protests that have taken over Chicago, one cop has admitted on tape that Mayor Rahm Emanuel was part of the cover-up:

The cop says “read John Kass.” Chicago Tribune columnist Kass has been exposing Emanuel’s corruption for years, but lately he has published several scathing pieces specifically about the shooting, including “Emanuel holds others accountable on police shooting video, not himself,” where Kass notes the reason the McDonald video wasn’t released sooner and why the city fought its release so hard (hint: it has nothing to do with protests):

But what of the mayor’s accountability? He sat on the video for months. If voters had seen it, he wouldn’t have been re-elected. So it all worked out for him.

And where is the accountability of African-American politicos and others like the Rev. Jesse Jackson, so loud now, pointing their fingers and organizing meetings and demanding accountability from others?

When it mattered, they were silent. They didn’t demand that the video be released. Why?

Because this is Chicago and that’s how it works.

In other words, more corruption. Not a huge surprise, but everyone knows it. Will anything be done about it?

While Rahm has fired Chicago Police Superintendent Garry McCarthy over the McDonald shooting, people are asking for him to step down as well.

Funny, isn’t it? How nothing happened on this October 2014 shooting case, no new evidence came to light or anything, but it wasn’t until after 2015 elections that suddenly the city stops fighting the release of the video, the cop finally gets charged with first degree murder and the police superintendent is fired. The shooting itself and the horrifying video that shows a teen being gunned down in the street, shot 16 times, it all happened over a year ago. The family was quietly paid off, the story kept under wraps.

Rahm can’t even pretend this wasn’t a cover-up. Even his own city’s police are admitting it on tape.

But hey, good thing Christmas is just around the corner! Amid calls for his resignation which he says isn’t going to happen, Rahm is taking the family on vacation to Cuba for the holidays, a destination he got really testy about when a Politico reporter recently asked him about it.