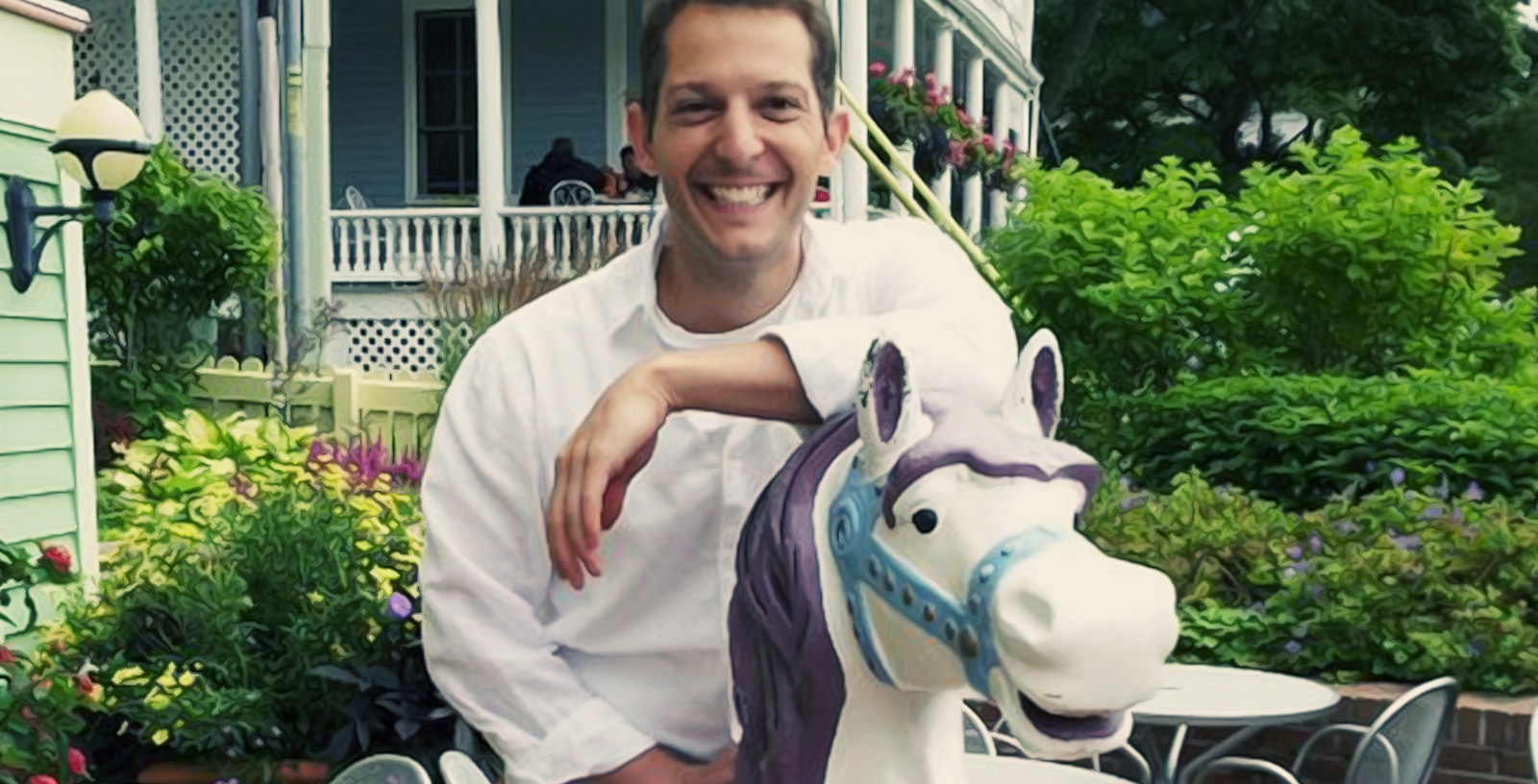 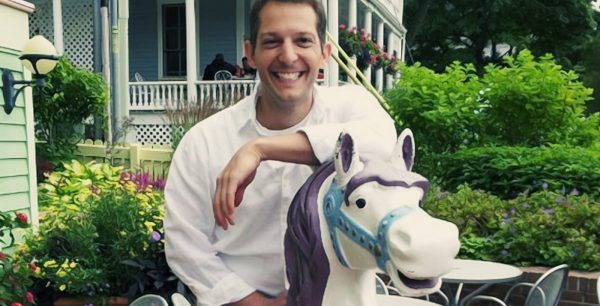 Mecosta County, Michigan — In the United States, politicians and their corporate masters get away with murder. They may bomb children to pieces and poison Americans with chemical agents, but they will likely never be charged for their crimes. Rather, stringent punishments in America are often reserved for the truly ‘dangerous’ criminals: the whistleblowers, the nonviolent drug addicts, and one man in Michigan who was recently arrested and charged with a felony for attempting to educate jurors about their rights. His experience is not the first of its kind.

On November 24, Keith Wood, 39, handed out roughly 50 fliers on the sidewalk outside the Mecosta County Courthouse in West Michigan. The papers he passed out explained “jury nullification,” the process by which jurors may find a defendant innocent — even if they clearly committed the offense. Such a decision is a declaration by the jury that the law itself is unjust. Wood, a former pastor, was arrested for spreading this juror information.

The practice of nullification predates the formation of the United States and has played a powerful role in the country’s history. As Anti-Media previously explained:

“The practice was first used in America in 1735 to exonerate a man of libel charges after he printed unflattering statements about the Governor of New York (a British colony at the time). Though he had undoubtedly printed them, the jury found him not guilty and set the precedent that members of juries could judge the morality and legitimacy of laws.

“The United States’ first Chief Justice, John Jay, once told jurors, ‘You have a right to take upon yourselves to judge [both the facts and law].’ Jurors would seize this right to nullify anti-sedition laws in the early 1800s that attempted to stifle free speech criticizing the newly formed United States government.

“Judges first began cracking down on the right to nullify in the late 1800s. By that time, jurors had already used nullification to challenge the Fugitive Slave Act, which imposed heavy punishment on Northerners who aided escaped slaves from the South. Though judges came to discourage nullification, the practice went on to be useful in nullifying Prohibition-era laws.”

Judges and attorneys regularly fail to notify jurors of this vital right, so many citizens — like Wood — often attempt to spread information near courthouses. “It’s not illegal to fully inform jurors, it’s just that judges don’t do it anymore,” Wood said. “To me, I just feel like the justice system would be much better off, and we the people would be much better off if jurors were fully informed again.”

Wood says that while he was handing out fliers on November 24, a magistrate, followed by other court officials, asked him three times to enter the courthouse to speak with the judge. He recounted that on the third encounter, officials threatened to call the local Big Rapids Police Department to arrest him, and as a result, he decided to speak with the judge.

“She [the courthouse official] wasn’t being rough but she was kind of corralling me and she was touching my jacket, and so I asked her again, I said, ‘Am I being detained?’ And she goes, ‘No,’” said Wood, according to local Fox News affiliate Fox 17. Wood says he then met with District Judge Peter Jaklevic.

“Judge Jaklevic came out of his chambers, he looked at me, he looked down the hall, I didn’t know who he was looking at, and then he looked back towards me and the deputy and he said, ‘Arrest him for jury tampering,’” Wood claims.

He was charged with the felony of “jury tampering” and a misdemeanor of attempting to influence jurors. The felony carries a five-year jail sentence and up to a $10,000 fine while the misdemeanor can amount to one-year sentence and $1,000 in fines.

Wood’s bond was set at $150,000 — a figure suspected murderers have incurred — all for educating jurors on their right and duty to contribute to the judicial process. Though Wood was able to charge $15,000 to his credit card and was released from custody after paying that amount, he was shocked at the high cost of his freedom. “When he [the judge] told me the bond, again I was speechless,” he said. “$150,000 bond for handing out a piece of paper on a public sidewalk? Speechless.”

“It’s free speech for goodness sake,” Kallman said. “The Judge directly ordered him to be arrested for jury tampering, for tampering with a jury that didn’t exist, now wrap your head around that.”

Kirsten Tynan, Executive Director of the Fully Informed Jury Association (FIJA), whose fliers Wood was handing out before his arrest, explained further:

“What we do, and what Keith did, does not involve advocating for or against any trial in process. We just tell people what all their options are, including the option of jury nullification. What they do with that information or not is up to them.”

Kallman pointed out the broader issue of arresting people for educating citizens about their rights:

“It’s just a blatant illegal improper use of government power to squelch a person’s Constitutional rights of free speech, that’s what this is. There has to be push-back, and judges and prosecutors and people need to know: you cannot squelch people’s free speech rights and get away with it.“

Unfortunately, courthouses and police departments around the country have been able to get away with it — at least to some extent. In August, a Denver man was arrested and charged with multiple felonies for handing out fliers. A second man was also charged, and police tore down a tent several activists set up to hand out fliers. Tynan, who was involved in providing assistance to the activists, said both men have hearings in December, during which they will attempt to have their charges dropped. If the charges are not dismissed, they will face trial in January.

Others have also been punished for handing out fliers, including one 78-year-old New York man. Though Julian P. Heicklen’s charges were eventually thrown out by a federal judge, that they were pressed at all denotes the current atmosphere against nullification.

Even so, Tynan said legal precedence continually sides with those who distribute information:

“I definitely want people to understand that legal precedent backs up what we do. In the Heicklen case, the judge ruled it was not jury tampering. In the Luke Lamb case, a jury acquitted him of jury tampering. In Denver, a federal judge issued an injunction against arrests for handing out our literature because it is not jury tampering. I expect to be adding more victories to our infographic on these kinds of cases when the [Denver] cases and the Wood case are resolved.”

In spite of this, courthouses and police continue to make arrests.

Judge Jaklevic’s office declined to comment on Wood’s case, as did the Mecosta County Prosecutor’s office. Wood rejected a plea deal and plans to fight the charges. Tynan told Anti-Media that FIJA is currently seeking pro bono legal assistance to file a motion for an injunction against further such arrests at the courthouse in Michigan, as well as at a courthouse in New Jersey, where officials have also threatened arrests.

Though a felony charge of obstructing justice for educating the public’s ‘guardians of justice’ is a troubling indicator of modern American authoritarianism, Tynan expressed reason to be hopeful:

“It’s a sign of how terrified judges and prosecutors are of the power of conscientious acquittal that the bond for these false charges was set far higher than many bonds for people accused of real crimes such as murder. $150,000 bond for handing out pieces of paper is outrageously abusive.”

“What government officials don’t seem to understand, though, is that instead of quashing information about jurors’ rights, such malicious treatment of peaceful people, in the end serves to amplify the message and create FAR more fully informed jurors than would one dedicated volunteer handing out brochures at the courthouse.“

FIJA is currently developing a network of volunteer attorneys to help fight back against such abusive arrests and malicious prosecutions. Attorneys who wish to assist FIJA pro bono in fighting back against bullying by courthouse officials should contact Kirsten Tynan at [email protected].