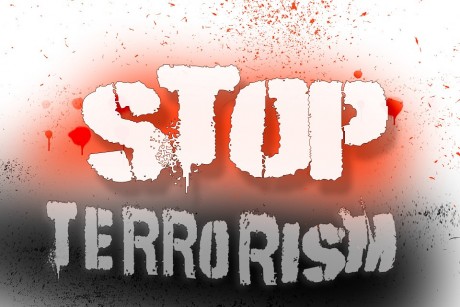 Random Islamic terror attacks are now going to be part of every day life in America. Once upon a time, those of us that warned that Islamic terrorists were already in this country were branded “alarmists”, but not anymore. When Muhammad Youssef Abdulazeez gunned down four U.S. Marines at a Navy and Marine reserve center in Chattanooga, Tennessee earlier this year, that was just a very small preview of what is coming. On Wednesday, a married couple named Syed Farook and Tashfeen Malik fired at least 65 shots at a holiday office party in San Bernardino, California. 14 people were killed and 21 were wounded. Later on, hundreds of shots were exchanged as police officers pursued the vehicle that Farook and Malik were attempting to escape in. Fortunately, Farook and Malik are no longer a threat to any of us, but there are thousands more radicals just like them that are already living in this country and that are ready to act at any time.

On Thursday, many in the mainstream media were attempting to figure out what could have possibly motivated a married couple with a new baby to go on such a shooting spree, but it doesn’t take a genius to figure it out.

According to CBS News, Farook and Malik have been watching ISIS propaganda online. In addition, NBC News is reporting that the pair had been in contact with jihadists both inside and outside the country…

But authorities told NBC News on Thursday that Farook appeared to have been radicalized. They said he had been in touch with people in the Los Angeles area who have expressed jihadist-oriented views.

Intelligence sources told NBC News that Farook appeared to have been in some form of communication with overseas individuals who are persons of interest to American authorities.

It has also been reported that Farook traveled to Saudi Arabia (the heart of radical Islam) two years ago, and it is believed that he met Malik while he was there…

Federal officials told NBC News that Farook traveled to Saudi Arabia two years ago. Authorities believe, based on the timing, that the trip was for the hajj, the pilgrimage that devout Muslims are required to do at one point in their lives.

The officials believe Farook met Malik there, and then brought her back to the U.S.

The couple had a child together in May, and left their 6-month-old daughter with her grandmother before the onslaught.

It is a good thing that authorities were able to deal with Farook and Malik, because they undoubtedly would have launched other attacks. According to the Los Angeles Times, police discovered quite an arsenal when they went to their home…

“Certainly they were equipped and they could have continued to do another attack … we intercepted them,” he said.

Sadly, the truth is that Farook and Malik are not anomalies. According to the Center for Cyber and Homeland Security at George Washington University, authorities are currently conducting “900 active investigations” of ISIS supporters living in this country…

Researchers at the Center for Cyber and Homeland Security at George Washington University investigated the presence of American ISIS supporters on social media and found that “ISIS-related mobilization in the United States has been unprecedented.”

US authorities are reportedly aware of 250 Americans who have attempted to travel to Islamic State territory — some successfully, others not — in Syria and Iraq. And there are900 active investigations against ISIS supporters in all 50 states, according to the report.

Most ISIS sympathizers the center found are young — the average age is 26 — and 86% are male. More than half attempted to travel abroad, and 27% were involved in plots to carry out attacks in the US. Many were American-born and had no prior history of radical views.

And it isn’t just ISIS that we need to be concerned about. Other jihadist organizations pose a similar threat. Earlier this year, WND reported on a network of 22 Islamic paramilitary training centers in the U.S. that is operated by a Pakistani organization known as Jamaat al-Fuqra…

The FBI is aware of at least 22 paramilitary Islamic communes in the U.S., operated by the shadowy Pakistan-based group Jamaat al-Fuqra and its main U.S. front group, Muslims of the Americas.

Like I said, Islamic terror is not a threat that we need to be concerned about someday in the future. It is a clear and present threat that we must deal with right now. If not, the kinds of attacks that we have seen so far will just be the very small tip of a very large iceberg.

But instead of acting responsibly, Barack Obama continues to leave our borders wide open, and he continues to push for even more refugees from Islamic nations. Most people don’t realize this, but just before the Paris attacks Obama announced that “the number of Syrian and other refugees” was going to be increased to 100,000 a year. So the “10,000” figure that is being throw around by everyone on the news simply is not accurate.

And despite what just happened in San Bernardino, Obama told CNN this week that ISIS does not pose a significant threat to us…

President Barack Obama said in an interview that aired Thursday that he is confident the U.S. is safe from a Paris-style attack from ISIS and that American law enforcement is well equipped to protect the nation during the holidays.

“ISIL will not pose an existential threat to us. They are a dangerous organization like al Qaeda was, but we have hardened our defenses,” Obama told CBS. “The American people should feel confident that, you know, we are going to be able to defend ourselves and make sure that, you know, we have a good holiday and go about our lives.”

Of course a lot of Americans are not buying this nonsense. Thanks in part to the recent terror attacks in Paris, gun sales broke an all-time record on Black Friday. According to the FBI, an astounding 185,345 background checks were performed last Friday. A lot of ordinary Americans are deeply concerned about rising crime, the decaying economy and rising Islamic terror and they are arming themselves.

Personally, I am fully convinced that Islamic terror is more of a threat to America than it has ever been before. I fully expect the terror attacks to become much more frequent and much more destructive, and at this point most of our leaders are completely and utterly clueless about what is coming.

So what do you think? Please feel free to join the discussion by posting a comment below…