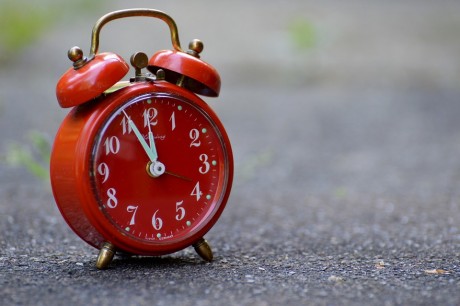 Economic activity is slowing down all over the planet, and a whole host of signs are indicating that we are essentially exactly where we were just prior to the great stock market crash of 2008.  Yesterday, I explained that the economies of Japan, Brazil, Canada and Russia are all in recession.  Today, I am mainly going to focus on the United States.  We are seeing so many things happen right now that we have not seen since 2008 and 2009.  In so many ways, it is almost as if we are watching an eerie replay of what happened the last time around, and yet most of the “experts” still appear to be oblivious to what is going on.  If you were to make up a checklist of all of the things that you would expect to see just before a major stock market crash, virtually all of them are happening right now.  The following are 11 critical indicators that are absolutely screaming that the global economic crisis is getting deeper…

#2 The price of copper has plunged all the way down to $2.04.  The last time it was this low was just before the stock market crash of 2008.

#3 The Business Roundtable’s forecast for business investment in 2016 has dropped to the lowest level that we have seen since the last recession.

#4 Corporate debt defaults have risen to the highest level that we have seen since the last recession.  This is a huge problem because corporate debt in the U.S. has approximately doubled since just before the last financial crisis.

#5 The Bloomberg U.S. economic surprise index is more negative right now than it was at any point during the last recession.

#6 Credit card data that was just released shows that holiday sales have gone negative for the first time since the last recession.

#7 As I mentioned yesterday, U.S. manufacturing is contracting at the fastest pace that we have seen since the last recession.

#8 The velocity of money in the United States has dropped to the lowest level ever recorded.  Not even during the depths of the last recession was it ever this low.

#9 In 2008, commodity prices crashed just before the stock market did, and late last month the Bloomberg Commodity Index hit a 16 year low.

#10 In the past, stocks have tended to crash about 12-18 months after a peak in corporate profit margins.  At this point, we are 15 months after the most recent peak.

#11 If you look back at 2008, you will see that junk bonds crashed horribly.  Why this is important is because junk bonds started crashing before stocks did, and right now they have dropped to the lowest point that they have been since the last financial crisis.

If just one or two of these indicators were flashing red, that would be bad enough.

The fact that all of them seem to be saying the exact same thing tells us that big trouble is ahead.

And I am not the only one saying this.  Just today, a Reuters article discussed the fact that Citigroup analysts are projecting that there is a 65 percent chance that the U.S. economy will plunge into recession in 2016…

The outlook for the global economy next year is darkening, with a U.S. recession and China becoming the first major emerging market to slash interest rates to zero both potential scenarios, according to Citi.

As the U.S. economy enters its seventh year of expansion following the 2008-09 crisis, the probability of recession will reach 65 percent, Citi’s rates strategists wrote in their 2016 outlook published late on Tuesday. A rapid flattening of the bond yield curve towards inversion would be an key warning sign.

Personally, I am convinced that we are already in a recession.  There is a lag in the official numbers, so often we don’t know that we are officially in one until it is well underway.  For example, we now know that a recession started in early 2008, but in the summer of 2008 Ben Bernanke and our top politicians were still insisting that there was not going to be a recession.  They were denying what was actually happening right in front of their eyes, and the same thing is happening now.

And of course if the government was actually using honest numbers, we would all be talking about the recession that never seems to end.  According to John Williams of shadowstats.com, honest numbers would show that the U.S. economy has continually been in recession since 2005.

But just like in 2008, the “experts” at the Federal Reserve are assuring all of us that everything is going to be just fine.  In fact, Janet Yellen is convinced that things are so rosy that she seems quite confident that the Fed will raise interest rates in December…

Federal Reserve Chair Janet Yellen signaled Wednesday that the Fed is all but certain to raise interest rates this month for the first time in nearly a decade, saying that gains in the economy and labor market have met the central bank’s goals.

Her comments at the Economic Club of Washington amount to the strongest indication the Fed has provided so far that it will take action at a December 15-16 meeting.

This is the exact same kind of mistake that the Federal Reserve made back in the late 1930s.  They thought that the U.S. economy was finally recovering, and so interest rates were raised.  That turned out to be a tragic mistake.

But this time around, any mistake that the Fed makes will have global consequences.  The rising U.S. dollar is already crippling emerging markets all around the globe, and an interest rate hike will just push the U.S. dollar even higher.  For much more on this, please see my previous article entitled “The U.S. Dollar Has Already Caused A Global Recession And Now The Fed Is Going To Make It Worse“.

Many people are waiting for “the big crash”, but the truth is that almost everything has crashed already.

Gold and silver have crashed.

Dozens of other stock markets around the world have already crashed.

But the “big event” that many are waiting for is the crash of U.S. stocks.  And just like in 2008, it is inevitable that a U.S. stock crash will follow all of the other crashes that I just mentioned.

Sometimes I get criticized for issuing these kinds of alarms.  But just think of how many people could have been helped if they would have known that the financial crisis of 2008 was going to happen ahead of time.

The exact same patterns that we experienced back then are playing out once again right in front of our eyes, and the more people that we can warn in advance the better.