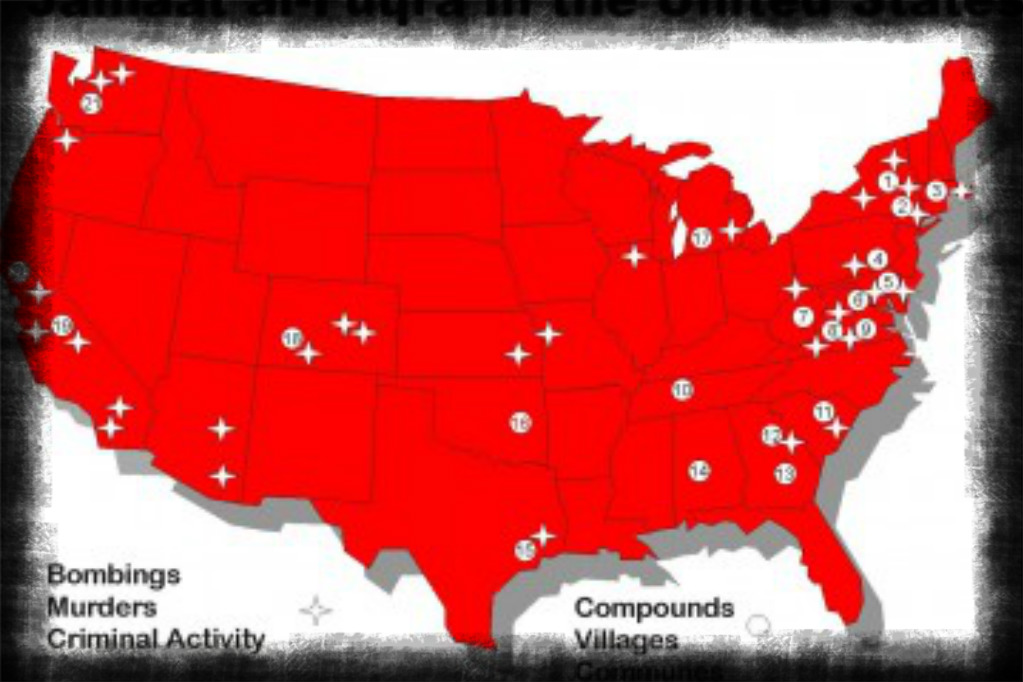 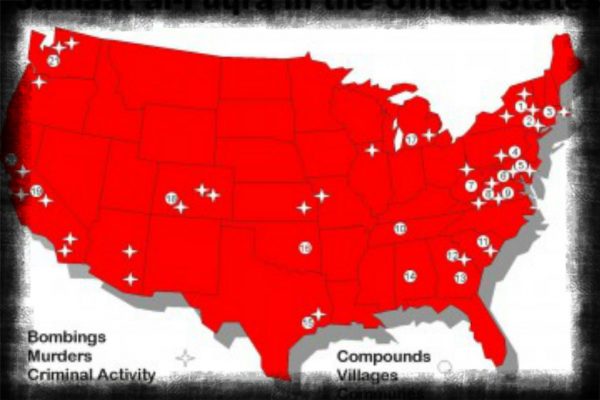 While the Federal Bureau of Investigation continues to investigate 1,000 ISIS-tied individuals in the united States, there are at least 22 paramilitary Islamic communities in the US that they know of, but are not doing anything about. Now, the stage has been set for more Islamic jihad attacks on US soil under the watchful eye of the FBI.

The groups are operated by Jamaat al-Fuqra, a Pakistan-based group, who main front group is Muslims of the Americas.

The Clarion Project reported on these camps:

The organization says it has a network of 22 “villages” around the U.S., with Islamberg as its main headquarters in New York. Clarion Project obtained secret MOA footage showing female members receiving paramilitary training at Islamberg. It was featured on theKelly File on FOX News Channel in October. A second MOA tape released by Clarion shows its spokesman declaring the U.S. to be a Muslim-majority country.

A 2007 FBI record states that MOA members have been involved in at least 10 murders, one disappearance, three firebombings, one attempted firebombing, two explosive bombings and one attempted bombing. It states:

“The documented propensity for violence by this organization supports the belief the leadership of the MOA extols membership to pursue a policy of jihad or holy war against individuals or groups it considers enemies of Islam, which includes the U.S. Government. Members of the MOA are encouraged to travel to Pakistan to receive religious and military/terrorist training from Sheikh Gilani.”

The document also says that, “The MOA is now an autonomous organization which possesses an infrastructure capable of planning and mounting terrorist campaigns overseas and within the U.S.”

Other FBI reports describe the MOA in similar ways, with a 2003 file stating, “Investigation of the Muslims of the Americas is based on specific and articulate facts giving justification to believe they are engaged in international terrorism…”

An Islamic commune in Mahmoudberg, Texas has been around since the early 1980s and one member of the group was shot and killed in a reported “accident,” as one member returned fire to what they claim were people harassing them. Several members have used false aliases, Social Security numbers and birth certificates, according to two FBI documents from 1992.

Pamela Geller, author of Stop the Islamization of America, says that the communes are mostly made up of Blacks who converted to Islam while in federal prison and have operated “under the not-so-watchful eye” of the FBI since the early 80s.

However, the real question is why are they allowed to operate? At the time of the writing of the Clarion Project’s article, MOA was designated as a terrorist organization. In 2005, Jamaat ul-Fuqra was also listed by Homeland Security as a possible sponsor of a terrorist attack on the US, and in 1998, the State Department’s Patterns of Global Terrorism report described the group as an “Islamic sect that seeks to purify Islam through violence.”

In January 2002, the State Department was asked why MOA was no longer listed in their annual terrorism reports. Here was the reply:

“Jamaat ul-Fuqra has never been designated as a Foreign Terrorist Organization. It was included in several recent annual terrorism reports under ‘other terrorist groups,’ i.e., groups that had carried out acts of terrorism but that were not formally designated by the Secretary of State. However, because of the group’s inactivity during 2000, it was not included in the most recent terrorism report covering that calendar year.”

The obvious question is why have these groups, with anti-American sentiments and violent intentions been allowed to grow under the supervision of the FBI?

I’ll venture a guess that it is because the Muslim Brotherhood has infiltrated the federal government in a similar manner to Communists and are working hand in hand for the destruction of America.

The next San Bernardino, Garland, or Oklahoma is just waiting to happen, but will it occur in your city or state, and are you prepared to deal with the Islamists when they strike? Or, are you more willing to take the Constitutional approach to cut Islam off at the knees and deal with those that adhere to it as those engaged in sedition? The choice is yours.

Take a look at Jihad in America: The Grand Deception for more on this topic.