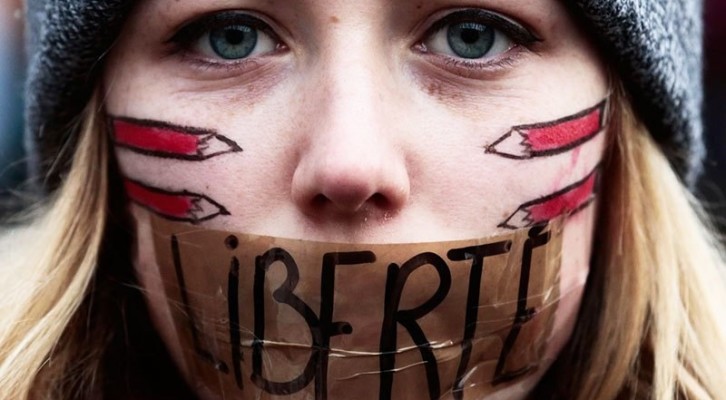 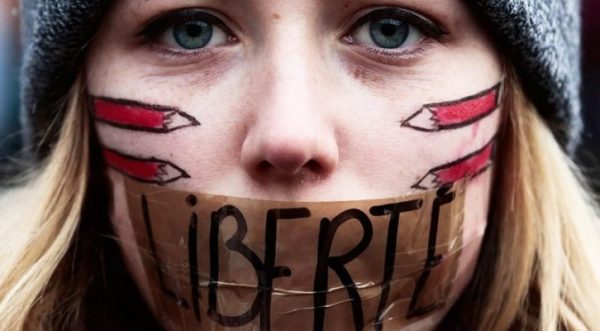 Every time there’s a huge terrorist threat, the public gives up their freedoms for protection from the Government. And every time, our leaders use these new laws to destroy civil liberties.

What happened to ordinary French people (and their way of life) after the recent Paris attacks? All the mainstream media outlets are concerned with after the event is making sure that public support for the increased war effort is high. We need more footage of ambulances, their sirens blaring and lights flashing. Put it on loop, 24 hours a day, with sad images of people crying and laying wreaths, then throw in some fear in the form of some ugly-looking jihadists, and the population will be cheering on another foreign mission in no time at all.

While all that’s going on, the Government invariably rushes through tougher new laws against terrorism. And if history can teach us one thing, it’s that modern terrorism laws are actually anti-civil liberty laws in disguise. Today, with perfect timing, the French version of We Are Change was censored. This is a worrying and unprecedented crackdown on the alternative media in Europe, and one which French bloggers fear is the beginning of the end for freedom of speech.

‘Le Blog De Resistance‘ is a popular French-language alternative news source with over 10 million hits and thousands of regular subscribers. The author, who calls himself Z, has been in panic mode since a state of emergency was called after the Paris attacks. This high-level alert was extended for three months, along with a pro-war propaganda campaign and the media under strict orders to terrify the population like never before. While chaos continued outside, the French Government locked themselves away to discuss new legislation which would affect the alternative media in a very negative way. Today, Z’s greatest fear was realized, and he writes:

“And so it begins. How long will this blog remain open? The worst is that the French do not care, they are totally obsessed with more security at the expense of their freedoms. The world mocks the terrible secrets revealed by Snowden. Amazing – in France, the ‘land of liberty’. Today once again I repeat, I am very afraid for freedom of expression and the alternative media. I don’t know how much longer I can write and report freely. I fear for myself. Risk taking was already intense, made worse with the slew of laws passed since the beginning of the year (anti-terrorism law, intelligence …) now, it’s huge. It’s very hard for us to write under the state of emergency. Stress and tension are everywhere.”

The tone is clear. It’s fearful and worried. It’s eerie. It sounds like it was written in Nazi Germany in 1939, not France in 2015.

Les Moutons Enrages, Sputnik France and Fawkes are other popular alternative media sites which ‘Le Blog De La Resistance’ author Z references in his post. Most remain defiant, with the first promising to ‘open up in Russia if necessary’. Z points out that Francois Hollande has been promising to silence ‘conspiracy theorists’ since January this year. We Are Change’s crime was to post a video (below) with a few questions about the Paris attacks. They seriously pissed off the authorities, and it was enough to get the French version banned for ‘reasons of national security’. Z then quotes GeorgeOrwell, and laments the fact that telling the truth is now ‘an act of suicide’.

Here’s a question: when leaders keep telling us not to allow terrorists to change our way of life, why is crushing dissent the first thing they do when something horrific happens? Isn’t dissent part of living in a free world? Aren’t protests and asking tough questions of those in power just a couple of the liberties we are supposedly trying to ‘spread‘ around the world? Isn’t that part of what makes democracy so great?

Well, apparently not. We need tougher terrorism laws because the puppet media just told us that one of the evil guys came in from Greece pretending to be a refugee, and he even left a passport (later proven to be fake) outside the burning building he just escaped from. We need them because, despite the fact you or I could be arrested at home for an ‘offensive tweet’ within minutes of putting it out there, our intelligence agencies are supposedly too under-resourced to successfully track down a few ISIS Twitter accounts. They’re so full of crap, Anonymous had to step in and do their jobs for them. It’s strange how terrible the intelligence services are when it suits the agenda: Snowden has revealed how the government can control your mobile phone and listen in on your conversations even when it’s turned off, but somehow the real terrorists get to perfect their complicated and evil schemes without any detection at all. How very convenient.

Yep, the intelligence services are doing a terrible job. They have proven themselves incapable of predicting horrific attacks in advance, despite the fact that as soon as a terror attack occurs, a huge list of details is magically available to the media. How was it possible, for example, that alleged Boston Bomber Tamerlan Tsarnaev‘s personal Amazon wishlist was being discussed well before the time it would take the authorities to even look at all the CCTV footage of the marathon? These perceived (ie fake) failings may lead many to support increased spying measures for the ever-growing sprawling network of global surveillance tentacles, but it’s worth asking whether these incompetencies are even real, because all terrorism laws tend to do is systematically dismantle what is left of our civil liberties.

We support our French independent media friends in their struggle against censorship. The following quote is falsely attributed to the French philosopher Voltaire, who was a great defender of freedom (and would no doubt be turning in his grave about France’s new gag laws). It turns out Voltaire didn’t say this, rather it was said about him- a friend’s description of the great man’s philosophy- which seems more relevant to his countrymen today than ever.

“I disapprove of what you say, but I will defend to the death your right to say it.”

Note: The video that got ‘We are Change’ banned from the French internet can be seen below. The video above explains more about the censorship founder Luke Rudkowski is facing. Please share this story if you believe the independent media is vital in a democratic society to hold those in power to account, and let us know your thoughts below.