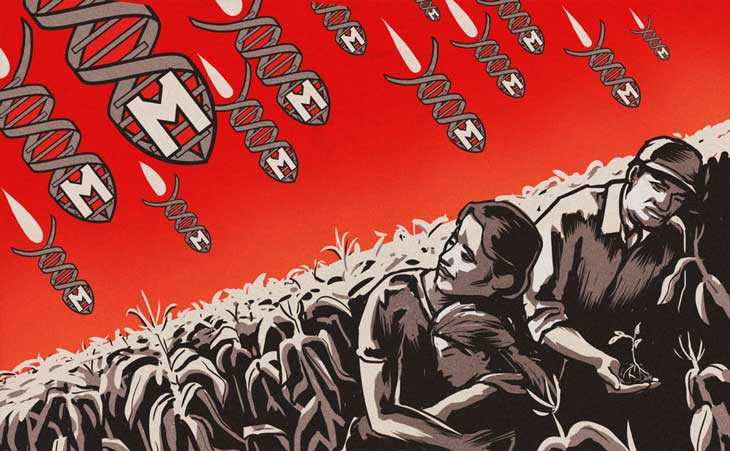 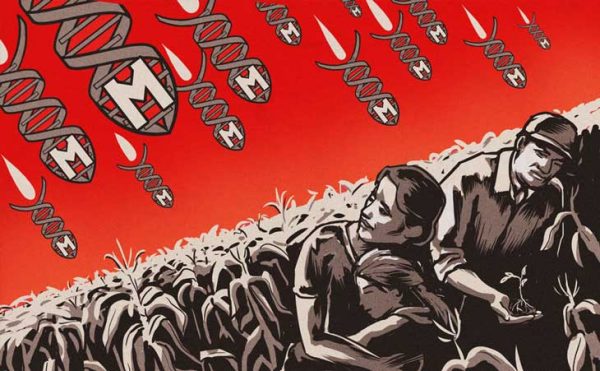 The Netherlands — On Thursday, dozens of farming, sustainable food, and environmental justice groups announced they would bring insidious agrichemical giant and food-experimenter, Monsanto, to trial before The Hague for charges of ecocide and crimes against humanity and nature. The tribunal will commence, appropriately, on World Food Day, which falls on October 16th of next year.

Millions Against Monsanto, The Organic Consumers Association (OCA), Regeneration International (RI), and The International Federation of Organic Agriculture Movements (IFOAM) are among numerous organizations bringing this legal action in the form of a Citizens Tribunal, because “Monsanto, a US-based company, has developed a number of highly toxic products, which have permanently damaged the environment and caused illness or death for thousands of people.”

Announced in conjunction with the COP21 U.N. Conference on Climate Change — whose hotly controversial subject matter led to violent clashes between protesters and police in Paris, France — the massive lawsuit will be heard before the International Criminal Court (ICC) of The Hague, which was established in 2002. In part, the ICC must determine whether the behemoth corporation is guilty of ecocide, or crimes against the environment, for a number of chemicals whose widespread use persists in nature and continues to wreak havoc worldwide — even in cases where they have long been banned.

RoundUp’s primary ingredient, glyphosate, ominously received the World Health Organization’s classification of Group 2A probable carcinogen — an agent that “probably causes cancer” in humans, in the same category as toxins such as creosote — earlier this year. Because of its primary ingredient, widespread use of RoundUp has led to an 80% decline in monarch butterfly populations and has been theorized, though unproven, to have caused declines in populations of a number of other vital pollinators. The United States government somehow still considers the ubiquitous chemical ‘safe’ to be applied in massive quantities directly to crops consumed by both humans and the animals they eat. In fact, in 2013, Monsanto requested — and inexplicably received — an increase in the Environmental Protection Agency’s “tolerance levels” for the application of glyphosate. This means the likely cancer-causer is now applied more liberally to crops in the U.S. than ever — even ascountries around the world implement immediate and complete bans and explicit labeling legislation for that exact probable carcinogen.

Ronnie Cummins, of OCA in the U.S. and member of the steering committee of RI, explained how crucially important this lawsuit is at a press conference:

“The time is long overdue for a global citizens’ tribunal to put Monsanto on trial for crimes against humanity and the environment. We are in Paris this month to address the most serious threat that humans have ever faced in our 100-200,000-year evolution — global warming and climate disruption. Why is there so much carbon dioxide, methane, and nitrous oxide in the atmosphere, and not enough carbon organic matter in the soil? Corporate agribusiness, industrial forestry, the garbage and sewage industry, and agricultural biotechnology have literally killed the climate-stabilizing, carbon-sink capacity [anything that “absorbs more carbon than it releases”] of the Earth’s living soil.”

Marie Monique-Robin, author of The World According to Monsanto, which also became a best-selling documentary, said:

“This International Citizens’ Tribunal is necessary because the defense of the safety of the planet and the conditions of life on Earth [are] everyone’s concern. Only through a collective resurgence of all living forces will we stop the engine of destruction. That’s why, today, I am calling on all citizens of the world to participate in this exemplary tribunal.”

According to the website for the International Monsanto Tribunal In The Hague:

“Monsanto promotes an agroindustrial model that contributes at least one third of anthropogenic greenhouse gas emissions; it is also largely responsible for the depletion of soil and water resources, species extinction and declining biodiversity, and the displacement of millions of small farmers worldwide. This is a model that threatens peoples’ food sovereignty by patenting seeds and privatizing life.

“According to its critics, Monsanto is able to ignore the human and environmental damage caused by its products and maintain its devastating activities through a strategy of systemic concealment: by lobbying regulatory agencies and governments, by resorting to lying and corruption, by financing fraudulent scientific studies, by pressuring independent scientists, [and] by manipulating the press and media, etc. The history of Monsanto would thereby constitute a text-book case of impunity, benefiting transnational corporations and their executives, whose activities contribute to climate and biosphere crises and threaten the safety of the planet.”

The full list of organizations supporting the Tribunal, the list of members of the Monsanto Tribunal Organizing Committee, and more information can be found through Regeneration International (http://regenerationinternational.org/put-monsanto-on-trial) and the Monsanto Tribunal’s official site (www.monsanto-tribunal.org), where you can also sign up to receive and disseminate information, and agree to adhere to the Tribunal’s guiding principles.