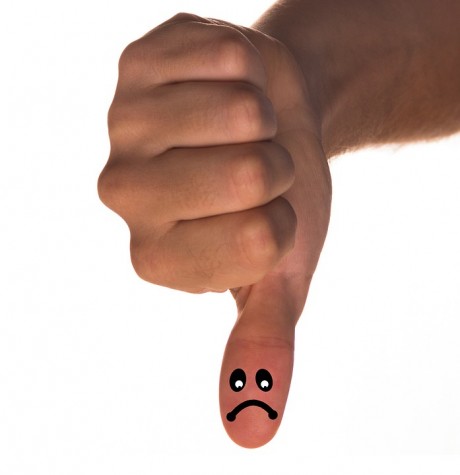 The extreme carnage that we are witnessing in the junk bond market right now is one of the clearest signals yet that a major U.S. stock market crash is imminent.  For those that are not familiar with “junk bonds”, please don’t get put off by the name.  They aren’t really “junk”.  They simply have a higher risk and thus a higher return than other bonds of the same type.  And yesterday, I explained why I watch them so closely.  If stocks are going to crash, you would expect to see a junk bond crash first.  This happened in 2008, and it is happening again right now.  On Monday, a high yield bond ETF known as JNK crashed through the psychologically important 35.00 barrier for the very first time since the last financial crisis.  On Tuesday, high yield bonds had their worst day in three months, and JNK plummeted all the way down to 34.44.  When I saw this I was absolutely stunned.  This is precisely the kind of junk bond crash that I have been anticipating that we would soon witness.

Normally, stocks and junk bonds track one another very closely, but just like before the 2008 crash, they have become decoupled in recent months.  Anyone that even has an elementary understanding of the financial world knows that this cannot continue indefinitely.  And when they start converging once again, the movement could be quite violent.

When I chose to use the word “carnage” to open this article, I was not exaggerating what is going on in the junk bond market one bit.  On Tuesday evening, Jeffrey Gundlach used the exact same word to describe what is happening…

Jeffrey Gundlach, the widely followed investor who runs DoubleLine Capital, said on a webcast on Tuesday that the junk bond market has come under severe selling pressure ahead of the Federal Reserve’s policy meeting next week.

“We are looking at real carnage in the junk bond market,” Gundlach said. Gundlach also said it was too early to buy high-yield junk bonds and energy debt securities. “I don’t like things when they go down every single day.”

Sometimes a chart can be extremely helpful in understanding what is going on.  The following chart was posted by Zero Hedge on Tuesday, and it shows that yields on the riskiest junk bonds are heading into the stratosphere…

And for those that are not familiar, it is important to note that when yields go up, bond prices go down.  So the chart above is what a “crash” looks like.

Another “leading indicator” that I watch is the behavior of Dow Transports.

Dow Transports started crashing before the Dow Jones Industrial Average did back in August, and now it is happening again…

Dow Transports are in reverse. Down over 3% today, the biggest drop since the Black Monday collapse, Trannies are now below the lows of the Bullard bounce from October 2014 and down a shocking 16% in 2015. This would be the first four-quarters-in-a-row drop in Transports since 1994 and the worst year since 2008…

In addition, we are also seeing trouble signs erupt at major financial institutions just like we did during the run up to the 2008 crash.  For example, I have been concerned about Morgan Stanley for quite a while, and on Tuesday we learned that they have just laid off more than a thousand workers…

Struggling Morgan Stanley slashed 1,200 jobs around the world in recent days, a person familiar with the matter told CNNMoney.

The cuts were broad-based and eliminated 25% of the positions within the fixed income and commodities businesses, the person said. Those divisions are grappling with tumbling trading revenue and shrinking fees.

Morgan Stanley also eliminated about 730 back-office jobs like human-resources and IT positions.

Virtually all of the things that we would expect to see just prior to a 2008-style stock market crash are happening right now.

If just two or three leading indicators were flashing red, we could have a really good debate about what they might mean.

But the fact that virtually all of the numbers are screaming a warning at us should mean that the debate is over.  Anyone with an open mind should be able to very clearly see what is coming next.

Very quickly, let me give you just 10 signs that indicate that we are right on the precipice of a major recession and a very substantial financial downturn…

1. Global GDP growth has gone negative for the first time since 2009.

4. In October, U.S. imports of goods declined by 6.6 percent on a year over year basis.

5. In October, U.S. exports of goods declined by 10.4 percent on a year over year basis.

6. U.S. manufacturing is contracting at the fastest pace that we have seen since the last recession.

7. Corporate debt defaults have risen to the highest level that we have seen since the last recession.

8. Credit card numbers that were recently released show that holiday sales have gone negative for the first time since the last recession.

9. The velocity of money in the United States has dropped to the lowest level ever recorded.

10. Of the 93 largest stock market indexes in the entire world, 47 of them (slightly more than half) have already plunged at least 10 percent year to date.

Just like in 2008, other global financial markets are imploding ahead of a U.S. collapse.

On Tuesday, the Dow Jones Industrial Average was down another 162 points, but we are still within 1000 points of the market peak that was set earlier this year.  We are still in far better shape than most of the rest of the world, but that will soon change.

I can’t think of a single leading indicator that is telling us that everything is going to be okay.  All of the numbers are pointing to major trouble ahead.  So I hope that you are being smart and doing what you can to get prepared while there is still time.