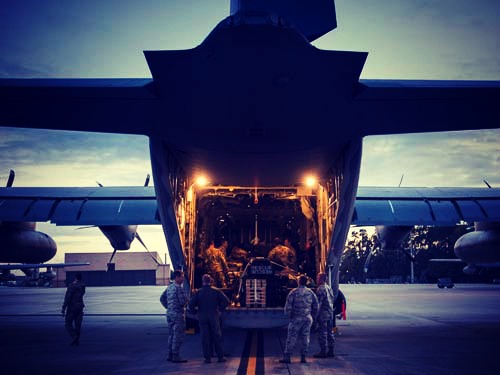 It is currently being reported that two “screened and vetted” Afghani trainees have disappeared from Moody Air Force base in Georgia where they have been training alongside American servicemen since February.

The two trainees failed to show up to training on Monday. Georgia police and the Air Force are both searching for the two men whom the Pentagon says “do not pose any apparent threat”.

The Air Force released this statement:

“The students have trained alongside American counterparts for the entirety of 2015 and do not pose any apparent threat. There is a well-coordinated process among federal agencies to locate the individuals as quickly as possible and return them accordingly to the proper authorities to manage their present situation.”

And we can all trust the Pentagon! After all, they are the ones who “carefully vetted” the moderate Syrian rebels, training and arming them, before they all joined ISIS!

Even if they later find these guys, that isn’t the point. Maybe they just had the flu together. Whatever. The point is they have driven this country into a potential hysteria over ISIS and fear over potential terrorist attacks. This story is scaring sleeping people who have now been poised to expect a terror attack here in America. They will eat this up. And it’s a good one, isn’t it? Patsies already all built in and everything. The point is the potential set up.