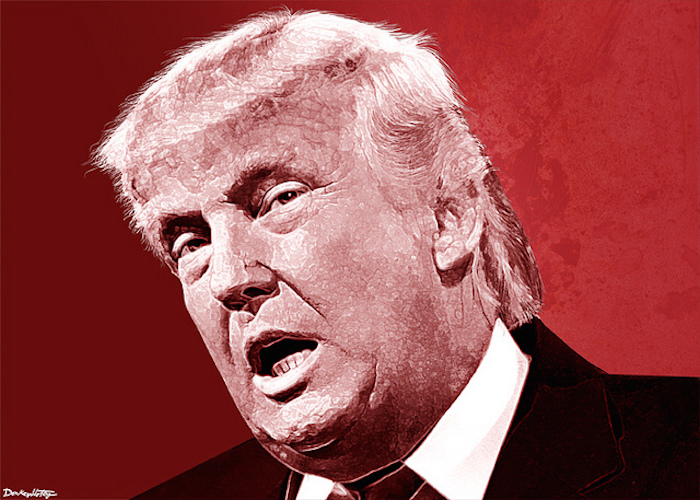 ‘Even if one of us did get killed or dragged off in a van. It would just be reported as a ‘one-off incident’ and no reason to change the ‘British style of policing.’

(INTELLIHUB) — Despite widespread condemnation and attacks by the mainstream media, American and British politicians, and even Scotland Yard, Presidential candidate Donald Trump has been vindicated once again after multiple London police confirmed his claims that certain areas of London are essentially Muslim no-go zones.

Shortly after Trump claimed that, “We have places in London and other places that are so radicalized that police are afraid for their own lives,” mainstream media “fact checkers” begun to do their best to spin his comments and “debunk” his claims about the city.

Numerous politicians including David Cameron, Jeremy Corbyn, Nicola Sturgeon, and Boris Johnson also chimed in with attacks on Trump while ludicrously claiming his comments about London were untrue.

For their part, Scotland Yard just straight up lied, publishing a statement that we now know to be utter bullshit. “We would not normally dignify such comments with a response, however on this occasion we think it’s important to state to Londoners that Mr. Trump could not be more wrong,” a Metropolitan Police spokesman said, according to the Daily Mail.

“Any candidate for the presidential election in the United States of America is welcome to receive a briefing from the Met Police on the reality of policing London.”

Now, despite all the lies and misinformation, numerous actual police officers on the ground in London have gone on the record with remarks that clearly prove that not only Trump was right but that the politicians, media outlets, and police leaders who claimed he was wrong were purposefully lying.

An officer serving in West London told Breitbart that, “Islamification has and is occurring, you have to have extra vigilance in certain parts when you are working”.

“When I was a teenage lad in Burnley there were no go white areas. This is the case still nationally, including London where you have to have extra vigilance in certain parts when you are working”.

A report by the MailOnline included quotes from at least three other officers that again backed up Trump’s claims and proved that there is apparently a massive cover-up when it comes to the reality of these so-called no-go zones.

A Lancashire Police officer told the MailOnline: “There are Muslim areas of Preston that, if we wish to patrol, we have to contact local Muslim community leaders to get their permission”.

Another officer quoted in the article, this time from Yorkshire, said on a police community forum that, “I’m not allowed to travel in half blues to work anymore IN MY OWN CAR as we’re ‘All at risk of attack’ – yet as soon as someone points out the obvious it’s ‘divisive.”

He added: “In this instance he (Trump) isn’t wrong. Our political leaders are best either ill-informed or simply being disingenuous.”

Perhaps the most shocking quote came from a female officer who revealed that if an officer was literally dragged off in a vehicle and beheaded officials would cover up what actually took place.

“Even if one of us did get killed or dragged off in a van. It would just be reported as a ‘one-off incident’ and no reason to change the ‘British style of policing.’”

At this point the existence of these no-go zones has been heavily documented and anyone claiming they do not exist is either purposefully lying or strongly misinformed.

Lexi Morgan is a daily opinion columnist and journalist covering a variety of thought-provoking issues found in today’s real world. Lexi is an exclusive weapon of Intellihub.

Established in 2013, Intellihub.com is ranked in the upper 1% traffic tier on the World Wide Web.