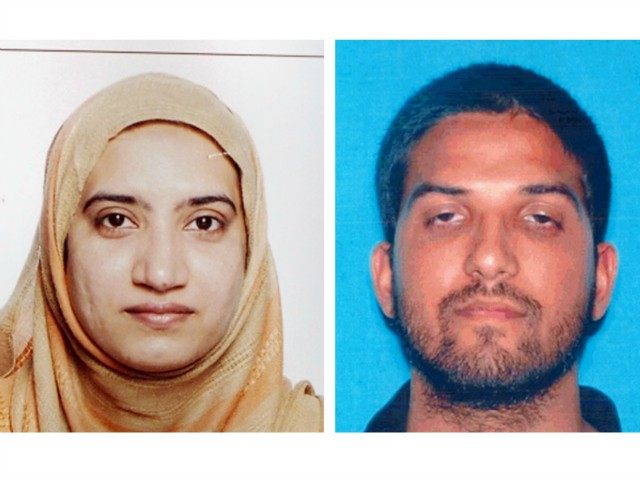 Something smells rotten in San Bernardino. Read my piece at Breitbart here.

Conspiracy theories bore me. They are an enormous waste of people’s time and energy, particularly now, at a time when conspiracy fact (i.e. the global jihad) is so overwhelming. You don’t need fairy tales when reality is so much more compelling. But something smells rotten in San Bernardino.

Like many shocked and horrified Americans, I watched events unfolding in real time. There were, from the very first, three shooters. Eyewitnesses, police scanner broadcasts, news reports all said the same thing.

One eyewitness, Sara Abdelmageed, gave extensive detail to Scott Pelley on the CBS Evening News. Here’s the exchange: “I heard shots fired and it was from — you know — an automatic weapon,” Abdelmageed said, “we looked out the window a second set of shots goes off…and we saw a man fall to the floor. Then we just looked and we saw three men dressed in all black, military attire, with vests on.  They were holding assault rifles. As soon as they opened up the doors to building three one of them started to shoot into the room.”

Abdelmageed said that she “couldn’t see a face, he had a black hat on — black cargo pants, the kind with the big puffy pockets on the side, long sleeve shirt, gloves, huge assault rifle six magazines I just saw three dressed exactly the same.”

Pelley asked her: “You are certain you saw three men?” Abdelmageed answered: “Yes. It looked like their skin color was white. They look like they were athletic build and they appeared to be tall.”

Another eyewitness, Juan Hernandez, saw the same thing: three men. He said the shooters were “three white men in military fatigues” who “took off” in a “black Impala or SUV.”

And then suddenly, the third man disappeared. No media reports mention him anymore. No law enforcement officials appear to be searching for him. He is gone without a trace, and no one has even noticed that he is missing, or was ever there in the first place.

It’s extraordinary. The vanishing of this third man recalls the disappearance of the third man who was involved in the Oklahoma Federal building bombing with Timothy McVeigh. Jayna Davis of KFOR-TV in Oklahoma City reported on an FBI alert for “Middle Eastern-looking” suspects – an alert that was later canceled.

Davis charged that a Muslim named Hussain Al-Hussaini was the third Oklahoma City bomber; tellingly, he sued Davis for defamation but his case was thrown out. It was reported that “documents obtained by The Associated Press show that our government was warned that Islamic terrorists were planning attacks on American federal buildings around the time of the Oklahoma City bombing. The Clinton administration even stepped up security around such buildings.”

Rep. Dana Rohrabacher (R-CA) wrote in 2006: “It is highly likely that the Arab connection and/or the Strassmeir connection played a significant role in the planning and execution of the murderous bombing of the OKC federal building. In both possible scenarios, the official investigation fell short and further investigation has been discouraged ever since.” Andreas Carl Strassmeir was a German national who was alleged to be involved in the bombings, but his role was never fully investigated.

Back in 2006, Rohrbacher announced hearings on the matter: “I also will call witnesses who say they saw McVeigh with Arabs in Oklahoma City.” Former FBI agent Danny Coulson said at that time: “I’m very much in favor of this investigation by Congress. We need to look very closely at why the five FBI commanders originally assigned the case were pulled off. The FBI needs to answer to the Congress why they shut down their own investigation into Strassmeir and Elohim City.” Elohim City was a terror training camp in eastern Oklahoma. Coulson continued: “Why did their total investigation into Strasssmeir consist of two ASUSAs (assistant United States Attorneys) calling Strassmeir’s flat in Berlin a couple of times? He never should have been allowed to leave here without a more thorough series of interviews, face-to-face, by FBI agents trained in those skills.”

But those hearings did not resolve the issue, either. The perfunctory nature of the Oklahoma City investigation came to my mind as I watched in real time what happened to the jihadis’ apartment in San Bernardino. I was shocked, and liveblogged when the unthinkable happened after the murders: a mob of reporters were let into the jihad killers’ home in large numbers, contaminating evidence left and right and obstructing an investigation that was ongoing. The Spectator reported:

Former NYPD Det. Harry Houck said, “This apartment clearly is full of evidence,” he explained. “I don’t see any fingerprint dust on the walls where they went in there and checked for fingerprints for other people that might have been connected to these two. You’ve got documents laying all over the place — you’ve got shredded documents that need to be taken out of there and put together to see what was shredded,” Houck added. “You have passports, driver’s licenses — now you have thousands of fingerprints all over inside this crime scene.”

David Bowdich, the assistant director of the FBI’s Los Angeles office, tried to explain why this happened, and only ended up arousing more suspicion. He said: “Once the residents have the apartment and we’re not in it anymore, we don’t control it. Once we turn that location back over to the occupants of that residence or once we board it up, anyone who goes in at that point, that’s got nothing to do with us.”

Houck, the former NYPD detective, was shocked and he explained why: “I tell you I am so shocked. This is detective 101 for crying out loud. It looks like there are dozens of people in there totally destroying a crime scene which is still vital in this investigation because we don’t know how many other people that they were connected with in this thing. There might be tons of fingerprints in there that we need to look at to see if there is any kind of connection to those fingerprints or some people that may be on a watch list or something else.”

Where is the third man? Is he still at large? Are people at risk? And why was the apartment opened up and the fingerprint evidence destroyed? Why was evidence strewn about?

Something is rotten in the state of California. 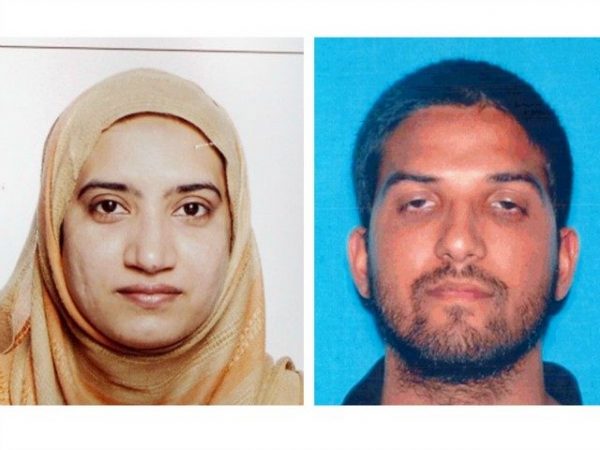