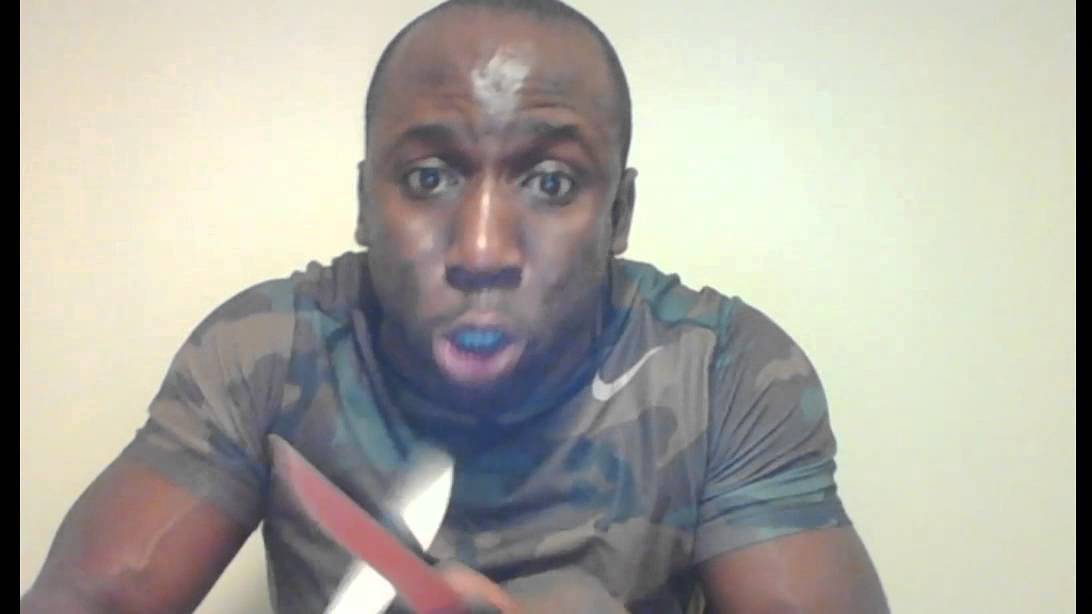 Hillary supporter doubles down on his stupidity 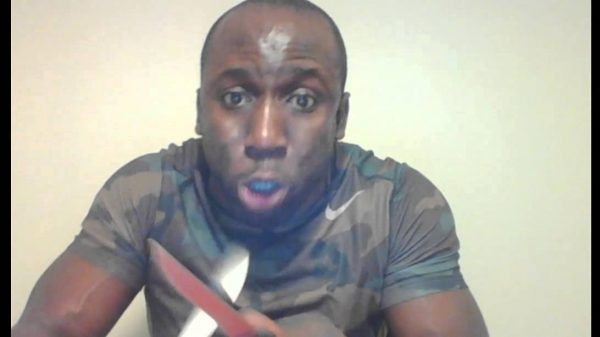 A Hillary Clinton supporter who threatened to “circumcise” Donald Trump over his comments on Muslim immigration received a visit from the Secret Service and the FBI.

Infowars first reported that the man – whose YouTube channel is entitled ‘Ebou Bah’ – appeared in a video manically waving knives around while screaming and threatening to cut off Trump’s penis.

“Who the f**k do you think you are? Ban Muslims for what? F**k you Donald Trump!”, the individual screamed while asserting he had bought kitchen knives from Amazon that he would use to attack Trump.

In an update video, the man expressed surprise that he had received a visit from the Secret Service, the FBI and local police as a result of the threats.

“I just had the Secret Service pop up in my house and then some FBI,” states the man, adding that he refused to talk to them and asked them to leave, while also suggesting that the authorities had shut off his wi-fi network during the visit.

“There were almost ten police cars with guns, looking everywhere with guns, it was crazy but you know I wasn’t scared because I know I didn’t do anything wrong,” remarks the man, who apparently thinks that threatening to violently attack public figures is perfectly acceptable.

He then proceeds to complain about “threats” Trump supporters made towards him as a result of his comments.

“Nobody is above the law in this country,” asserts the man, presumably unaware that he almost certainly committed an offense by threatening to attack Trump.

As we previously highlighted, the individual is a self-proclaimed Hillary Clinton supporter and also appears to be a police officer.

The Republican frontrunner has been under Secret Service protection since October after an uptick in death threats made against him. As wereported earlier this week, those threats amplified after Trump made his controversial comments on temporarily banning Muslims from entering the United States.

The original video in which the man made the threats is still on YouTube and has received over 200,000 views.