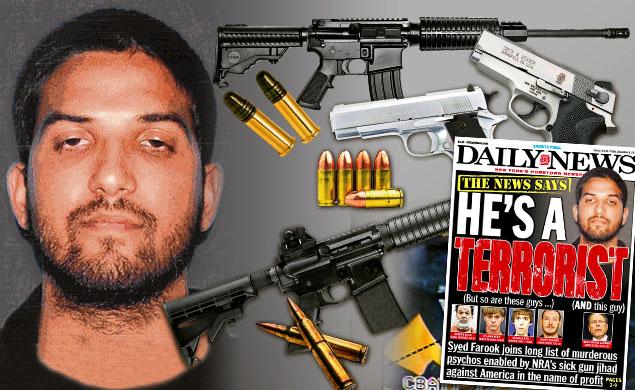 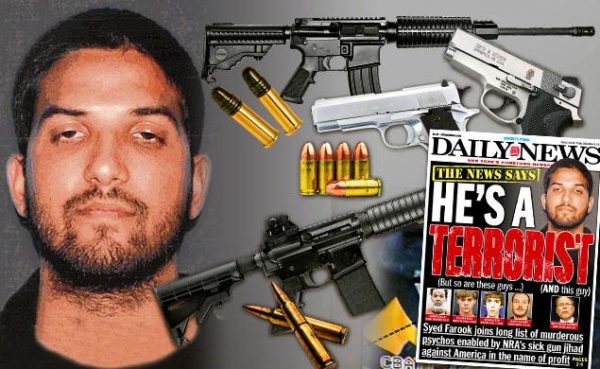 As the plot thickens in the San Bernardino massacre, the FBI is trying to decipher several issues from abuse of the marriage to the immigration system and whether these terrorists had Jihadi brides.

Also, who are these Russian girls involved in the marriage scheme?

The FBI also believes that Farook had ties to a group of jihadists in California who were arrested in 2012 (which caused a previous attack to be thwarted that Farook was planning) for attempting to travel to Afghanistan to join al Qaeda.

Then we have the possible main ringleader, second man Mohamed Abdullahi Hassan (aka Miski, Malik John, Abdul Malik Jones, Abdimalik Jones), who is a Somalian-born permanent resident from Minnesota who was in contact with San Bernardino shooters Syed Farook and Tashfeen Malik over social media.

Hassan was indicted by the federal government for attempting to recruit people in Minnesota to join al-Shabaab. If this link is proven, here we have another American Muslim citizen involved in a huge massacre that killed over 143 Christians in Kenya. He has admitted to being involved with the Garissa massacre. The attack on Garissa College is one of the worst in Sub-Saharan Africa in recent memory, with reports that the attackers freed Muslim hostages and executed Christians.

In addition, as Shoebat.com reported, an “attack in Garland Texas was carried out by ISIS lone wolves” with one named “Elton Simpson,” reportedly one of the two gunmen responsible for the shooting in Garland, Texas, was indeed a homegrown ISIS lone wolf and a convert to Islam, who, in 2010, had links to Hassan.

Simpson and his unidentified friend received their orders from an Islamic al-Shabaab terrorist Hassan.

And then we have four men who were arrested in the 2012 case, Sohiel Kabir. Kabir, who was convicted and sentenced to 25 years in prison, was the recruiter who helped radicalize others, and Farook was in the social circle of Kabir, which explains why, in 2012, Farook and friends abandoned a plan to carry out a massacre.

This is a huge ring of terror.

That 2012 cancelled massacre involves what the FBI found were several exterior photos of Rialto’s Carter High School, which has 2500 students, on Farook’s cellphone. Farook was an ISIS terrorist and a county health inspector at the same time.

“Our inspectors do typically take photos in the food-servicing environment, but it’s very unusual for any of our inspectors to take exterior photos,” Susan Klein-Rothschild at Santa Barbara Public Health Department said.

“We do not, in our county, have that experience,” she said. “Typically you only take photos if there are violations. I asked around to our director and supervisor and both gave me the same response – and they have years and years of experience.”

Had such an attack been executed, it would have been a greater massacre than San Bernardino and most likely a replica of Garissa.

Besides Syed Farook, we have his brother, Raheel Farook, the man who was being taunted as a patriotic American, Navy veteran, serving from 2003 to 2007 and earning the Expeditionary Medal and the Global War on Terrorism Service Medal, among other awards. As it turns out, all the hoopla meant little. The National Defense Service Medal is awarded when you sign on the dotted line, enlisting in a time of war. But everyone who signed got it for simply showing up. He was not “decorated,” as many say. He married Tatiana Chernykh (aka Tatiana Gigliotti) in 2011, only to have a reported domestic disturbance and police-conducted follow-up interviews, and the Riverside County District Attorney’s office filed charges for domestic battery.

Then this ‘supposed hero’ involvement created further questions regarding his involvement with a Green-Card scam. In Muslim terrorism operations, there are two elements necessary. The first is the die-hard Muslim fanatic who can dodge every attempt to reveal his cover, and the second is the local town liberal idiot who can easily be converted to whatever he is told about how great Islam is.

We have the unresolved question on how Tatiana’s sister, Mariya Chernykh, was introduced to Enrique Marquez, the mule, Syed Farook’s neighbor, and a Mexican-American convert to Islam who was used to do two things: to purchase the guns under his name to be used by Farook and his wife, Tashfeen Malik, in their shooting spree, and to marry Raheel’s sister-in-law, Tatiana’s sister, Mariya Chernykh, 25, to help give her the green card. Mariya entered from Voronezh Oblast, Russia, to the United States in 2009. The last name Chernykh from Voronezh is usually Subbotnik Jews or a spin-off from Ottoman Empire, Muslim Tatars in Crimea, which has many links to Muslim community of Tatars in Crimea, Kiev, Ukraine, and Tatarstan in Russia. Is this another Jihadi-bride plot? Only time will tell.

This could have been done as a favor for Raheel’s wife. When Chernykh submitted a citizenship application after she and Marquez signed their marriage license, it was Syed Raheel Farook (the navy guy) who stepped in lying and vouched for Marquez, saying he would have the financial means to support his new wife. So Raheel, as it seems, was in close contact with his brother’s neighbor and with his brother.

The FBI is investigating the marriage between the San Bernardino killers and have reason to suspect a cover for long-planned jihad, as other questions have been raised about another suspect nuptial and the potential abuse of the government’s visa program.

The whole mess reveals more troubling issues than terrorism. It shows the vulnerability of the immigration system, the ability for ISIS to recruit Americans through Da’wa and the untrustworthy Muslim community who instead of coming forth, would collectively deny and hide, even use the tragedy to attack and promote that Americans are infected with Islamophobia.

In 2008, as Farook was becoming more devoted to his Muslim faith, Marquez converted to Islam and began attending Friday prayers at a Corona mosque. Marquez never seemed terribly pious, according to Azmi Hasan, manager at the Islamic Society of Corona-Norco.

This, of course, is part of the Muslim collective-denial. Right after the attack, Shoebat.com revealed the Corona-Norco mosque was listed on Raheel Farook’s Facebook (the navy guy) before it was scrubbed. But the Islamic Society of Corona-Norco is two-faced (so much for needing the Muslim community). On the one hand, it has a peaceful-mission:

to assist Muslims in America to preserve their religious heritage and customs and to create a sense of community amongst the followers of Islam. ISCN members shall contribute peacefully and democratically to the diversity and pluralism of the American society.

But the mosque also calls to end tax money to Israel, tells how to raise the generation of Saladin (Jihad), and raises awareness of the plight of Muslims in Syria. While the Jihadi titles were obvious, the access was not allowed. The Islamists are aware that folks like us are on their tail. To see the center below, it would make an American apple-pie wonder–this is not Saudi Arabia, Qatar, or Bahrain. No, its Corona, California, so why did these Muslims never assimilate?

So much for such testimony from CAIR and the Muslim community, especially since Marquez confessed to federal investigators that he and Farook had planned an attack (possibly the school) of their own in 2012, but abandoned it.

Raheel Farook and his wife, Tatiana, were witnesses at Marquez’s nuptials with Mariya Chernykh, Tatiana’s sister, according to Riverside County records. The ceremony took place at the Islamic Society of Corona-Norco, according to the marriage license; yet the mosque’s facility manager covered that up and denied that it had occurred there. Azmi Hasan said that he understood Marquez had converted to Islam, but said he was not a member of that mosque. It is now obvious that Azmi Hasan should stand in line with millions of Muruna-inspired Muslim liars.

The conclusion of this whole fiasco is what Donald Trump stated: “No Muslim should be allowed, until we figure it all out.”

But you have a whole system that is geared to attack Trump’s statement.

I could imagine if Trump dare suggest profiling. It matters nothing to this system how many people die, and, as I argued, this will never be resolved until the U.S. deals with a massive death toll.

While profiling (so they argue) is not 100% fool-proof, it is at least 80-90% successful, and yes, shootings are common in the U.S., but why do Americans insist on importing additional shootings?

Even from among the so-called conservatives, Bill O’Reilly argues with Trump that we need Muslims to combat ISIS.

Bashar Al-Assad, the King of Jordan, and Al-Sisi of Egypt could care less how much we insult Islam. In fact, they truly welcome it privately while they would condemn it publicly. In Syria, the anti-ISIS and anti-Isamists have the slogan “Allah and Bashar,” instead of “Allah and Muhammad.”

ISIS is a Muslim problem for Saudi Arabia, Jordan, Egypt, and Libya. All the U.S. has to do is re-install dictators (who truly hate Islam) in the Middle East, and they will make mince-meat out of ISIS. Yet, in the U.S., the word “dictatorship” has become politically incorrect. Here is another idiot I met (out of thousands) from the so-called conservatives. He used to be the head of the CIA (how funny):

I sat and spoke with Woolsey in the past and found the man to be very stupid: he knew nothing on how the Middle East functions. “Libya,” “Iraq,” and “Egypt” ended up with his policy “to make them nervous,” and the result was ISIS.

Sitting in the back is Frank Gaffney, another conservative-idiot from the Center For Security Policy, whom I also knew.

Anyone else with a better suggestion, have at it.

In order to catch the terrorists, an FBI agent has to know Islam; they must know how to conduct such discussion in Arabic and know about various religious edicts to terrorist incidents and to specific battles in order to infiltrate.

Theodore John “Ted” Kaczynski, also known as the “Unabomber,” was not caught for two years.

With the ISIS lone-wolf program, we are talking about tracking tens of thousands of unabombers or unabomber wannabes. Keep in mind, Farook was a bomb maker.

These days, pre-emptive strikes carried out by the security apparatus are useless in preventing thousands of Muslim unabombers, who “go dark” and use encrypted chatting platforms where intelligence agencies trying to track their communications with 16,000 members and who are growing in numbers by the thousands every day.

We have explained before these revelations, even before the FBIs discovery into Farook’s mission, how this had all the hallmark of an ISIS terror ring and also why it was impossible to detect which will cross the eyes of any seasoned FBI agent. We explained all this to police officials on November 13, just prior to the Paris and San Bernardino massacres to no avail, as you can see. The District Attorney of New Jersey cancelled all training by “Islamophobes” like myself, out of pressure from CAIR.

As we learned from you: you can take the horse to the water, but you can’t make him drink.

Until the next massacre, Merry Christmas.

NYC Becomes First City In The U.S. To Require Proof Of Vaccination For Dining, Gyms, And Entertainment
Clash Daily

Elizabeth Warren to Teen Vogue: Abortion is about the ‘functioning of our democracy’
August 3rd, 2021 Liberty Unyielding