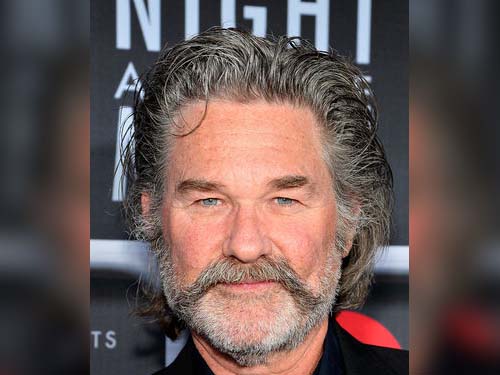 It’s not like we should sit around as a society fawning over the stuff that comes out of actor’s mouths, but when Kurt Russell owns a reporter on gun control in an interview, it’s definitely worth a listen, if for nothing else than to remind us that not all actors are brainwashed puppets walking around mindlessly spewing the establishment agenda.

It was about the time Hollywood reporter Jeffery Wells went on to say that guns are a quote ”metaphor that disenfranchised white guys need,” that Russell put the guy in his place.

Transcript (via The Blaze):

“If you think gun control is going to change the terrorists’ point of view, I think you’re, like, out of your mind,” he began. “I think anybody [who says that] is. I think it’s absolutely insane.”

“Dude, you’re about to find out what I’m gonna do, and that’s gonna worry you a lot more,” the actor continued. “And that‘s what we need. That will change the concept of gun culture, as you call it, to something [like] reality. Which is, if I’m a hockey team and I’ve got some guy bearing down on me as a goal tender, I’m not concerned about what he’s gonna do — I’m gonna make him concerned about what I’m gonna do to stop him. That’s when things change.”

Arguing back, Wells invoked the no-fly list, saying that the people on the list are there for a “good reason,” but that they can allegedly still “get [a] hold of a gun pretty easily.”

What is Wells gonna do? I guess he is going to beg to have his guns taken away so he can be even more helpless against shooters and terrorists, then when one shows up, he will run and go hide in a closet and cower in fear waiting for the government authorities to come save him like the DHS active shooter guide suggests.

Wells tries to counter by mumbling something about “But the San Bernardino shooters…” But just… come on. What a big fat bag of logic fail.

The San Bernardino guns were purchased legally and the shooting itself happened where? That’s right, in yet another gun-free zone. None of the gun control executive orders Obama is about to pass without congressional approval would have stopped what happened.

Banning people on the no-fly list from being able to purchase guns implies that A) terrorists actually wait to jump through legal loopholes to purchase firearms before committing acts of terror and B) that list is even accurate, considering it has been reported that there are even 18-month-old babies on there. But hey, if there’s any silver lining to the fact that the 2nd Amendment is under further attack, at least then the 72 Department of Homeland Security employees on the terrorism watchlist won’t be able to get their hands on a gun, either.

(That last bit was sarcasm.)

Russell, by the way, is a libertarian. He was quoted in the Toronto Sun in 1996 as saying: “I was brought up as a Republican, but when I realized that at the end of the day there wasn’t much difference between a Democrat and Republican, I became a libertarian.”