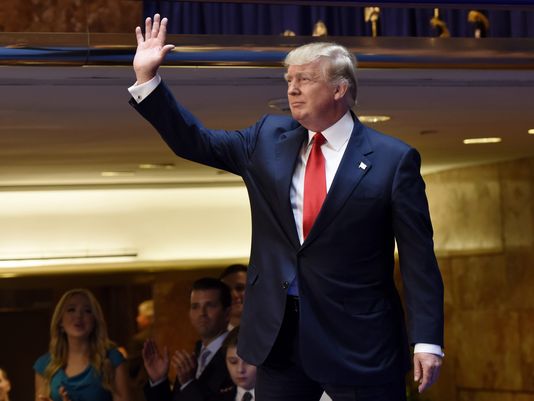 Whether you happen to like Donald J. Trump or not, the fact is, he represents the will of the vast majority of American people. Not since Ronald Reagan and John F. Kennedy has there been a candidate who represents the ideas and ideals of US citizens who believe in traditional American values, Patriotism, and a government ruled by the constitution as Donald Trump.

If Trump stays in it, he is going to be the next President of the United States, and it clearly shows in the socialist establishment in Washington, as they have gone beyond panic mode into what amounts to nothing more than outright war in attempts to stop him.

Both Democrats and Republicans, who are part of the socialist spider that has crept into all aspects of US politics over the last few decades, see Trump as the end of business as usual and a return to traditional America.

From the Oval Office down, the attempts to discredit Trump are in full swing. Recently, Obama called Trump’s Syrian refugee policy shameful and added that this is not what we are, but not before personally attacking Trump’s hair. The Administration also went as far as to say Trump should be disqualified because of his anti-Muslim hatred.

We hear the same from Paul Ryan, the new Speaker of the House, who calls Trump’s Syrian refugee policy UN-American.

The government propaganda outlets masquerading as mainstream media are also doing their best to discredit Trump and even go as far as to compare him and his policies to Adolf Hitler. If any policy should be compared to Adolf Hitler, it is virtually all of Obama’s policies and his complete disregard for the US constitution as the rule of law.

The fact is, most Americans are tired of the lies and destructive policies coming from their so-called elected officials. The vast majority of people in the US want to see the millions of illegal aliens sent back to where they came from and have a wall built along the border with Mexico. Most Americans do not want hundreds of thousands of so-called Syrian refugees coming to their country.

The millions of illegals are a strain on an already failing economy, and the prospect of a vast amount of Syrian refugees would be devastating. After decades of runaway spending in Washington, the US no longer has the money to take care of its own, much less make things worse by adding more refugees who will end up costing billions.

One fact that most seem to forget is just how does the government intend to welcome hundreds of thousands of Mid-Easterners into the country when they have thousands upon thousands of illegals still housed on military bases throughout the country because they do not know what to do with them? The answer is most Mid-Eastern immigrants will be housed at military bases also, each costing around $300.00 a day, as do the illegal aliens from Mexico and Central America.

Thus, Trump’s policy on so-called Syrian refugees is the most sensible.

Many of us believe the elections are rigged, since we went to electronic balloting. If this is the case, and Donald Trump, even with his endless amount of support is mysteriously edged out by a less popular candidate in the general elections, it will be the beginning of the second Civil War. So, what we have here is a revolution against tyranny in Donald Trump, who must win in ’16 or see massive moves against the Washington dictatorship by the American people.