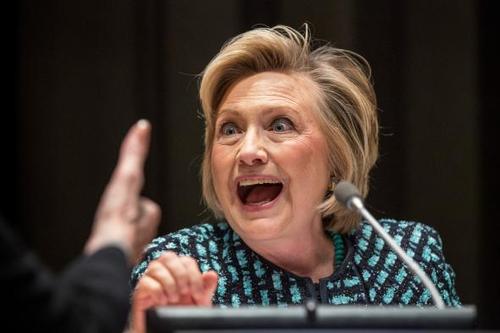 About a month ago, we brought you a video produced by the folks at Townhall media that showed the majority of the families who lost loved ones in the Benghazi terrorist attack of 9/11/2012 were told (by Hillary Clinton) that the YouTube video was the cause of the attack.

Now, almost exactly 4 weeks later, Hillary Clinton has responded to those families and what she is saying is DISGUSTING.

This past Sunday, Hillary Clinton appeared on ABC’s This Week with the sycophantic George Stephanopoulos where she was asked about the Benghazi scandal and what these families had to say about her lies. Instead of apologizing or attempting to explain away her comments, Clinton chose to call these families LIARS.

George Stephanopoulos: Did you tell them it was about the film? And what’s your response?

Hillary Clinton: No. You know, look I understand the continuing grief at the loss that parents experienced with the loss of these four brave Americans. And I did testify, as you know, for 11 hours. And I answered all of these questions. Now, I can’t — I can’t help it the people think there has to be something else there. I said very clearly there had been a terrorist group, uh, that had taken responsibility on Facebook, um, between the time that, uh, I – you know, when I talked to my daughter, that was the latest information; we were, uh, giving it credibility. And then we learned the next day it wasn’t true. In fact, they retracted it. This was a fast-moving series of events in the fog of war and I think most Americans understand that.

A shorter version: “Did you tell them it was about the film?” ‘No. They’re liars. I’m telling the truth. Only stupid people would believe these families over me. This is all part of the ‘vast right-wing conspiracy’ against me and my family.’

Hillary Clinton is a disgusting liar and now she’s smearing the grieving families of dead men to suit her own purposes. It doesn’t get much worse than this. Anyone who votes for her is as morally bankrupt and intellectually dishonest as she is.