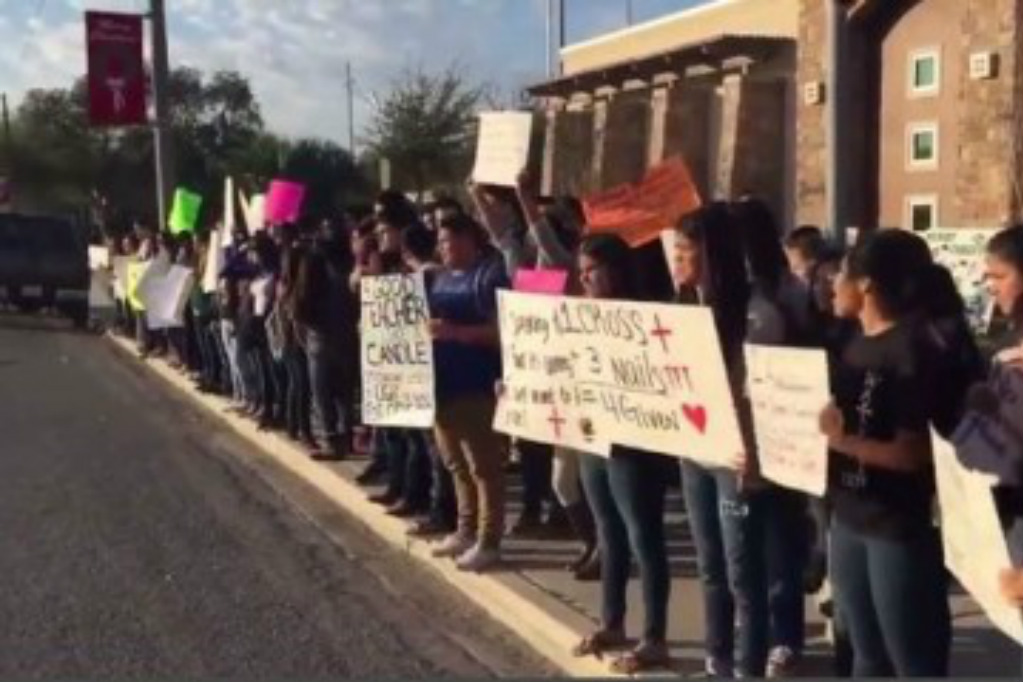 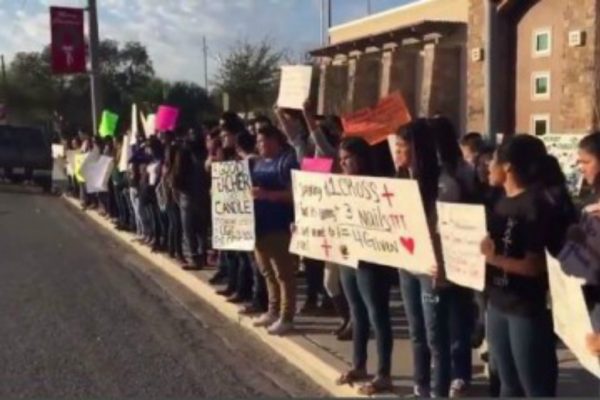 There has been this growing feeling that the next generation is without hope. They are not responsible; they have no understanding of absolutes or what it would take to run a home, much less a country. But, the more young people that I meet, the more I come to think that this is not true. There are those through and in whom God is working, and there seems to be just such a group in Texas.

These students were not going to take this situation lying down. They thought that their teacher was in trouble and needed them. They seemed to have acted on their own and without adult pressure. They were going to make sure that the school district knew that they did not approve of any action taken against Zeissel.

“If speaking the word of God is wrong, then I don’t want to be right,” one sign read. “A good teacher is like a candle. It consumes itself to light the way for others,” another stated.

According to reports, officials approached Zeissel last week over concerns that he had been talking to students about God and reciting the Bible in class.

But, apparently, there was word going around that the teacher had been punished and had possibly lost his job. This was something that the students were not going to allow to happen without a fight.

Santa Rosa ISD Superintendent Heriberto Villarreal told KGBT-TV that “board policy does not allow the promotion of religion during class time.”

Students thought that perhaps Zeissel had been disciplined for speaking about his Christian faith, or possibly even suspended or fired, but Villareal said that Zeissel was not punished.

What a testimony this man had. The students had been impacted by this man, and they were trying to show him and the school board just how much he meant to them. But, it was soon apparent that Zeissel was in trouble.

Zeissel arrived to teach class on Monday, meeting with parents and students before class.

I pray that this man is speaking truth into the lives of his students. We should remember to pray for our local teachers and students, even if we have chosen not to use public education. May God grant this teacher the strength to continue to speak truth into his students’ lives, so that they will become like the Master of all.