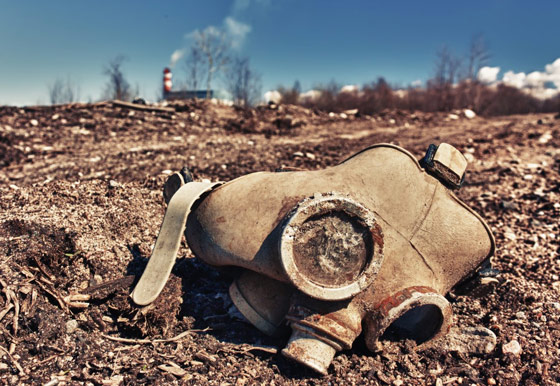 The Paris attacks last month were just the beginning. With tens of thousands of undocumented middle eastern migrants swarming Europe it is only a matter of time before there’s more carnage.

In Geneva, Switzerland authorities have arrested two Syrians suspected of being involved in a possible chemical weapons attack. The Daily Mail reports:

Two suspected Syrians were arrested in Geneva on suspicion of transporting ‘explosives and toxic gases’ as part of a probe into a terror threat.

Switzerland’s attorney general said the men were also suspected of making and hiding the dangerous materials.

…the two men, who spoke Arabic and had valid Syrian passports, had just arrived in Geneva.

They were subjected to extra checks because of their ‘behaviour and their nationality’,

And to reiterate: they are not the only ones. Just a day earlier French police shut down mosques and raided scores of residences searching for terror suspects, weapons caches and intelligence. According to theDaily Wire, “a lot of war-grade weapons” have been seized:

Over the last few days, they kicked down doors, closed three mosques (with plans to close potentially more than a hundred), and in the process found an alarming number of weapons, ammo, and terrorist propaganda.

In an effort to “close the net on Islamic extremists,” French authorities have begun the process of shutting down radicalized mosques and raiding locations suspected of housing Muslim extremists. France’s Interior Minister Bernard Cazeneuve said that the raids in recent weeks have resulted in the seizure of an unprecedented number of “war-grade weapons.”

Even if less than one-percent of those who have migrated to Europe have ties to terror groups like the Islamic State and Al Queda there are likely hundreds of jihadists now in the region preparing for Holy War.